Pistol games, such as USPSA, use Power Factor as a means to handicap the scoring between cartridges. As a sport with its roots firmly planted in defensive shooting, Power Factor is important. That importance plays out in this video from Taran Tactical, illustrating 9mm Minor versus 9 Major. 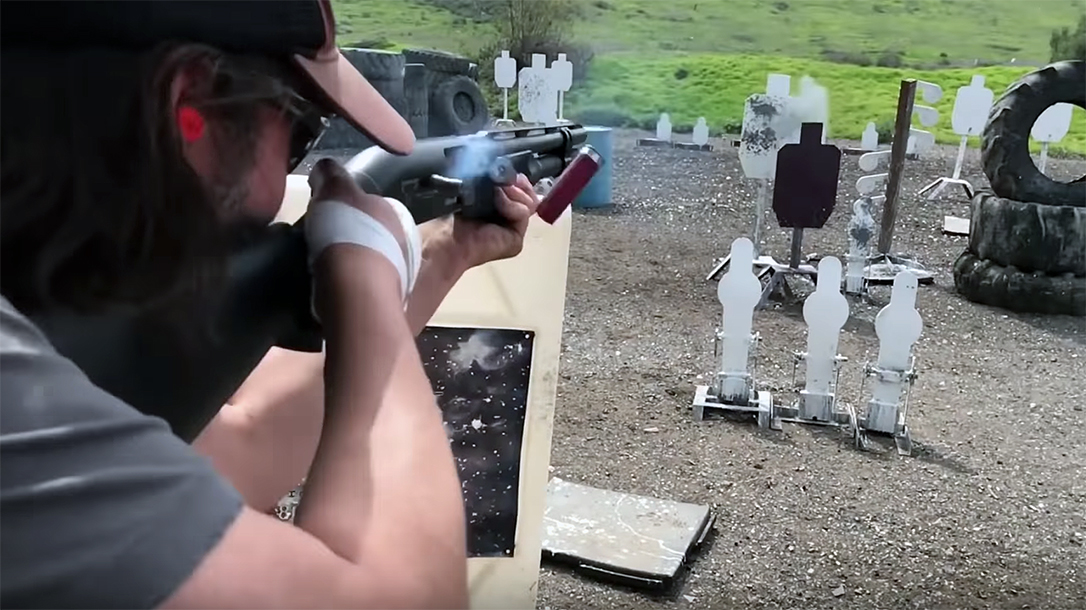 Major and Minor Power Factor are the two categories in which a competitor’s cartridge is rated. That Power Factor rating implicates scoring, which in turn helps separate the winners and losers. And as you can see in the video, not all 9mm cartridges are created equally.

Some competitors download cartridges as low as possible. They load only enough powder to consistently and reliably operate the slide, extract and eject, and load the next round. Those downloaded cartridges, and others, fall into the category of Minor. Other shooters shoot full-power factory loadings, some with bigger bullets, often at much greater velocities. While these loads more faithfully replicate a defensive cartridge, they add much more recoil for the shooter.

And that recoil is really the issue in competition. More perceived recoil equates to more muzzle rise. That muzzle rise, in turn, adds more time for follow-up shots. And more time always equals a lower score in a match. So somewhere along the way, someone invented Power Factor to even the score.

The USPSA calculates Power Factor using a simple formula: (bullet weight x velocity in FPS) / 1,000 = PF. Values ranging from 125 to 164.9 rate as Minor Power Factor, while 165 and above score as Major. All competitors must meet the minimum of 125 Power Factor to be eligible for score.

The handicap of Power Factor finally comes into play in the scoring of paper targets. Here, Major Power Factor hits count for more score on the B, C and D zones of USPSA targets. While it might seem trivial, shoot 100 paper targets in a match and those numbers play a decisive roll in the leaderboards.

VIDEO: Rob Leatham, ‘The Great One,’ on Using Championship Gear to Win