by Lamar Underwood
in Culture, Lifestyle
0

In the movie Sunset Boulevard the aging movie star Norma Desmond laments, “We didn’t need voices then; we had faces.” She is talking about the era of silent films, some of which are still remembered today, but are not destined to return. The “talkies”—movies with dialogue—are here to stay. 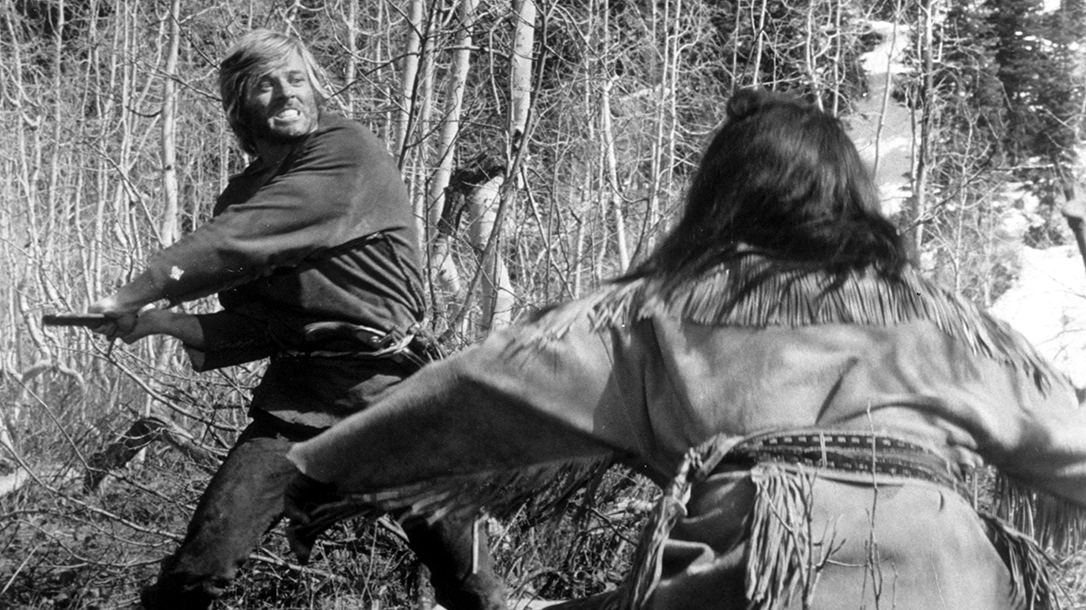 Today it is hard to imagine a movie like Jeremiah Johnson without sound. Released 50 years ago, the Robert Redford film is a DVD and internet staple today with a stirring musical soundtrack and mountain men characters who “talk the talk” as never heard before.

The movie begins with Redford as Jeremiah arriving at a frontier settlement and speaking voiceover dialogue: “Nobody knows wherebouts he come from, and it doesn’t seem to matter much.” Followed by: “He was a young man, and ghosty stories about the tall hills didn’t scare him none.”

As he is about to leave, with the horse packed with “all the truck that went with being a mountain man,” the voiceover dialogue ends and the store proprietor gives Jeremiah advice on where to start his trapping activities. His advice is worth just what Jeremiah paid for it—nothing. But it does make a memorable movie line. “Ride due west as the sun sets. Turn left at the Rocky Mountains.”

As Jeremiah and his pack horse move into the mountain vastness, his lack of skills and knowledge start taking a serious toll. He has been lucky that Indians have not found and attacked him. But the cold and snow are formidable enemies. Then he meets Bear Claw. The elderly mountain man icon resents Johnson at first but then makes Jeremiah a student of real mountain man ways.

Good dialogue from Bear Claw makes the process vivid in a succession of scenes, starting with their meeting.

“I am Bear Claw Chris Lapp, blood kin to the grizzly that bit Jim Bridger’s ass. And you are molesting my hunt.”

“How come you ain’t been scalped?”

Bear Claw shows Jeremiah his cabin and tells him, “Go in, get warm, get yourself something to eat.”

When Bear Claw asks, “Now. boy. You sure you can skin griz?” Johnson answers, “Just as fast as you can find ‘em.” That brings Bear Claw’s, “You sure are cocky for a starving pilgrim.” Later, he adds, “You’ve got some learning to do.”

Bear Claw continues to have some of the best scenes in the movie, as these dialogue gems show when Johnson asks: “Ever get lonesome?”

“For what?” Bear Claw asks, surprised.

“A full-time night woman? I packed me a squaw for 10 years. Meanest bitch that ever bawled for beads. I lodge-poled her to Dead Wolf Creek and traded her for a Hawken gun. Now don’t get me wrong. I love the women. I surely do, but a woman’s breast is the hardest rock the almighty placed on this earth, and I can find no sign on it.”

As Johnson, his schooling finished, is about to ride away. Bear Claw says, “Watch your top-knot.”

Most of Johnson’s further adventures are with an Indian girl who doesn’t speak English and an orphaned boy who doesn’t speak at all. There is some dialogue in the middle of the movie, however, after Johnson runs across an interesting mountain man, Del Gue, whose hairless head shines like a billiard ball.

Gue tells him: “A scalp like mine ain’t fit for no warrior’s lodge pole.”

Johnson’s adventures take him into months of fighting Crow warriors to avenge the Indian atrocities that happened to him after he left Bear Claw. Beside a small campfire where he is hunched over, looking tired and beaten, Johnson sees Bear Claw for the first time since he left him alone, many months before.

“Growing particular?” Johnson asks as he pulls off a rabbit leg for Bear Claw.

“Not about feeding. Only the company I keep.”

Johnson seems pensive, withdrawn. Suddenly he asks, “Would you happen to know what month this is? March? April?”

As Bear Claw starts to leave, his voice returns to the good-natured spirit of the earlier times with Johnson, his dialogue still suggesting things he has learned and wants to share with Jeremiah.

“March is a green muddy month down below. Some folks like it. Farmers mostly.”

Then, before turning to ride away, Bear Claw says, “You’ve done well to keep so much hair when so manys after it. I hope you will fare well.”

The Call of the Mountain

Not wanting to be around for the next Indian attack, Bear Claw leaves Johnson alone. The mountain man mantra Jeremiah longed to achieve has left him bitter and wounded, unknowing and uncaring about what will happen to him next.

The best dialogue lines in the movie describing the mountain man code were earlier in the film, from Del Gue as he left Jeremiah to go north on his own. Del Gue had regrown his hair then, and it waved in the breeze as he turned in the saddle and said:

“Ain’t this somethin’? I told my pap and mam I was going to be a mountain man. Acted like they was gut-shot. Make your life go here, son. Here’s where the peoples is. Them mountains is for Indians and wild men. Mother Gue, I says, ‘the Rocky Mountains is the marrow of the world,’ and by God, I was right.”

He turns his horse, leaving, then shouts over his shoulder, “I ain’t never seen ‘em, but my common sense tells me the Andes is foothills, and the Alps is for children to climb!…These here is God’s finest sculpturings! And there ain’t no laws for the brave ones! And there ain’t no asylums for the crazy ones!” He continues: “And there ain’t no churches except for this right here! And there ain’t no priests excepting the birds! By God, I are a mountain man, and I’ll live ‘til an arrow or a bullet finds me!”

Those lines from 50 years ago still work today in telling us what was on the minds of those early trappers among mountains that swallowed them. Men like Jeremiah Johnson.