He is the epitome of suave and cool inside of a custom-tailored tuxedo. Jetting around the world balancing a life of battling international criminal master minds and tangoing with sultry femme fatales. He is the original most interesting man in the world. When James Bond is not saving the world, he is saddled up to his famous martinis. 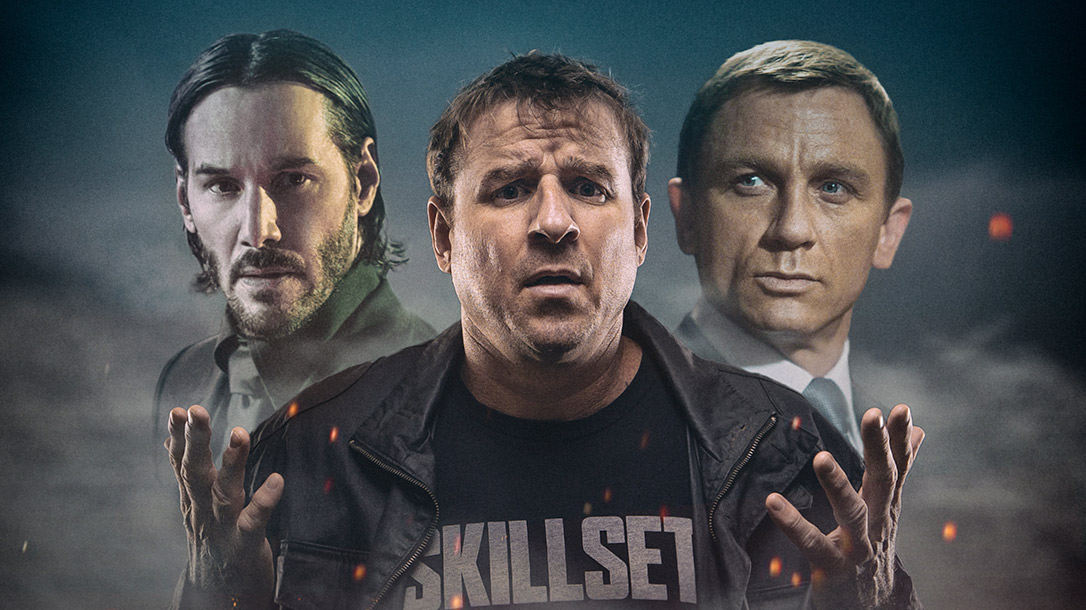 James Bond and his Famous Martinis

This was my impression of James Bond since my earliest days of 007 movies. It seemed that there was nothing Bond could not do. I mean, the guy had an Aston Martin with machine guns, for goodness sakes!

Then came the day that will live forever in my mind. This was the day later in my life when I sat down with my dinner, came across Goldfinger in my movie menu and sat back to revel in all things Bond. Part way through the movie, the words screeched out of the television like an emergency siren, “Shaken not stirred.”

Because of this moment, I did some research and found that the ripple effect of 007’s shaken martini had become a cultural phenomenon. There were countless articles suggesting you order it shaken to be seen as a connoisseur of cool. All I could see was countless people walking up to a bar and, in comparison, ordering Jell-O with their caviar.

To add to Bond’s clear violation of martini prep, he also orders it with vodka as opposed to the original and proper spirit, gin. At that point, I felt like it was my moral responsibility to pen a piece reaching out to my brothers and sisters in booze and help shake them out of their celluloid hypnosis.

What’s In the Drink?

Let us begin with the ingredients and move on to the physics lesson later. The martini is a timeless classic. The origin of the martini is contested, but it is generally accepted to have been concocted in the mid-1800s during the California gold rush. Its calling card was a refreshing cool drink with a well-balanced flavor.

The original (and correct) recipe calls for gin and vermouth. You don’t need anything more, other than possibly a sliver of lemon peel. The type of gin you choose does affect the overall taste for the martini. Gins such as Beefeater London Dry come in at about 94 proof or 47% alcohol by volume. While tasty in other applications, martinis made with these more potent gins have a much harsher taste and mouth feel.

While some prefer their martini with a bit of an afterburner kick, I believe it takes away from the subtlety of the drink. With that said, I enjoy Bombay Dry gin. It is about 86 proof and has less burn than stronger options. It allows me to taste the diverse botanicals such as juniper in the drink. As always, the choice is yours. I encourage experimentation.

The second ingredient is vermouth. This elixir is an aromatized wine with herbs, spices, barks, flowers, seeds, roots and other botanicals, fortified with distilled alcohol to keep it from spoiling quickly. Believed to be one of the oldest forms of alcoholic libation, vermouth gets its name from wermut, the German word for wormwood.

Yes, vermouth is in fact a drink in and of itself. Generally, there are two main types of vermouth: sweet and dry. Responding to demand and competition, vermouth manufacturers have created additional styles, including extra-dry white, sweet white, red, amber and rosé. For the purpose of this piece, we will just look at sweet and dry.

Once again it comes down to the taste you prefer. Personally, I prefer a dry martini as, once again, it allows me to enjoy the flavors. Some take the “dry martini” a bit far and essentially do little more than look at a bottle of vermouth and call it good. What you end up with however is a glass of gin disguised as a martini. I suggest we drop the cliché and build a drink that we can enjoy.

The last thing we will touch on ingredient-wise are garnishes. My preferred garnish is a twist of lemon peel. Just squeeze it over the surface of the drink to release its oils. There are other items, however, that have somehow found their way into our precious martini. The most prevalent are green olives.

It is my belief that this is nothing more than a conspiracy by the olive industry to make us believe olives actually belong in martinis. I am on to them, however, and am here to tell you that they do not belong. Some have taken to adding a soupçon of the olive brine and calling it a dirty martini. The fact that it is called a dirty martini should tell you everything.

The last items I see from time to time are a frozen Spanish cocktail onion. I will save you the flourish of verbs and nouns by simply saying, “Stop it!” Ladies and gentlemen, we are ultimately trying to make a fantastic martini; not a bar snack.

Now on to the original point of this article: the shaken martini. It is my wholehearted belief that martinis should be stirred and not shaken. First, why would we shake a martini to begin with? Well, a good martini is cold. And by cold, I mean arctic polar bear in the background cold. If it is not cold, it will lack any sort of refreshing qualities. Also, the warmer the drink, the more you will taste the harsh, fiery notes of the alcohol.

One of the quickest ways to accomplish this is by shaking the mix with ice. This takes about half the time to cool as opposed to stirring, but there is a cost. The violent motion of shaking adds air bubbles to our drink. The minute your ice-filled drink leaves the bartenders hand, it is dying a quick death.

The reason, is that alcohol brings the freezing temperature of water down significantly. This causes accelerated melting of the ice and ultimately a diluted martini.

The solution is to chill the glass, the gin and the vermouth before we ever begin. We will still use ice, but only for about 30 seconds to chill the drink even more. Once we have our components in the mix we stir in a very specific way.

The technique is to hold the spoon about halfway between the handle’s end and the lip of the mixing glass. We gently insert the spoon and stir slowly. You should try to try to keep the back of the spoon pressed against the mixing glass as you stir. This technique will keep the cocktail smooth and velvety, rather than adding in unwanted air. It generally only takes about 30 seconds to bring the drink to its perfect consistency and temperature.

I know there are some out there who prefer their martinis with vodka, and then shaken, like James Bond. That, my friends, is not a martini. In my time I have seen other more curious versions that include items such as amaretto. What this tells me is that you do not really like martinis and are desperately searching for a way to change the flavor.

Know that it is OK to not care for martinis. No single drink is good to everyone. If you are in the martini club however, I suggest that you try it the traditional way. I believe you will enjoy it.

As Joe Bullmore put it, “Never in the field of human drinking—to paraphrase one of the cocktail’s greatest advocates—has so much been debated by so many over so little. Just two humble ingredients, served in a chilled glass. The Martini is barely a cocktail—and yet somehow it has become a religion of its most famous apostles, and the rituals, commandments and ceremonies they observe.”

I must admit that I forgave 007 for his alcohol indiscretion. He is still the king of smooth. Nobody is perfect and, in the end, it is all Ian Fleming’s fault. So, in Bond’s honor I raise a toast to him every June 19 as we celebrate National Martini Day. While his order is not traditional, he has kept what could have been an obscure drink in the cool kid’s club.

This article was originally published in the Ballistic Magazine February/March 2021 issue. Subscription is available in print and digital editions at OutdoorGroupStore.com. Or call 1-800-284-5668, or email subscriptions@athlonmediagroup.com.