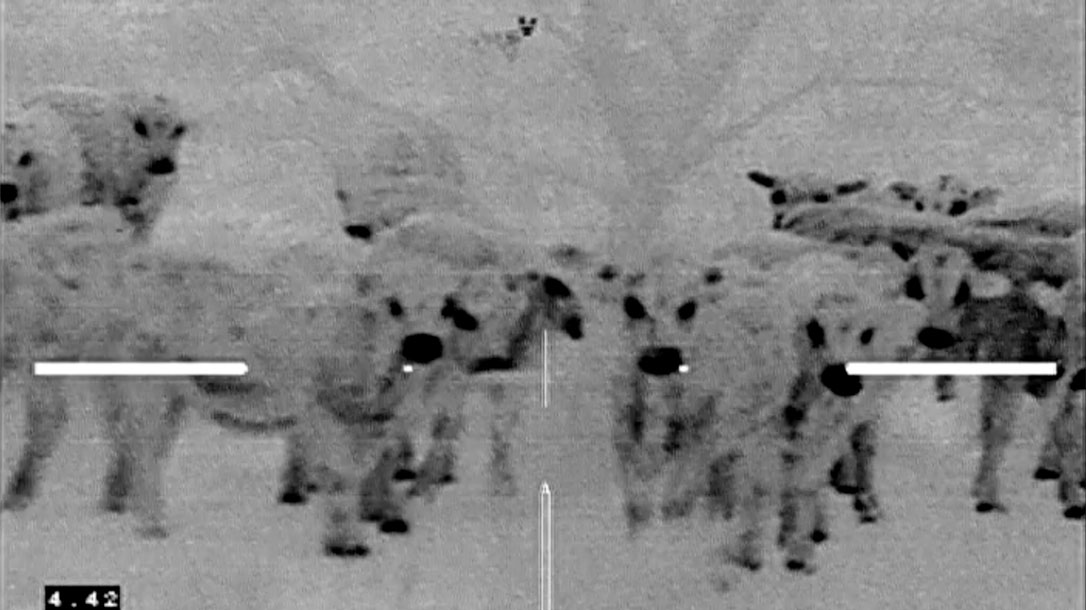 The video you see is filmed through my Trijicon MKIII 60MM thermal optic. The target is a large Texas jackrabbit and the shot is fired by a local rancher who was hunting with me on that night.

Some nights are slower than others when it comes to varmint hunting. On those slow nights, when you are hunting with a rancher on his property and he wants to eliminate some rabbits, that becomes the hunt.

I once heard it said that seven jackrabbits eat as much grass as one cow. Is that true? Who knows? What I do know is, when you are out in the desert of West Texas, every blade of grass is valuable to a rancher.

Watch closely in this video and you can actually see the bullet exit the jackrabbit at an upward angle. It then falls back to the ground, along with a giant puff of fur floating in the air.

Enjoy this Beast Master Hunting “Kill of the Month!”