by Nick Seifert
in Culture, Lifestyle
0

A former SEAL team commander, Jack Carr knows the world of warfare with an intimacy reserved only to top-tier operators. Reading about his main character, James Reece, engaged in firefights or locked in hand-to-hand combat conveys the feeling of Jack Carr doing it himself, maybe in some mud hut outside Fallujah or Kandahar. He’s been there. And was recognized for valor multiple times. 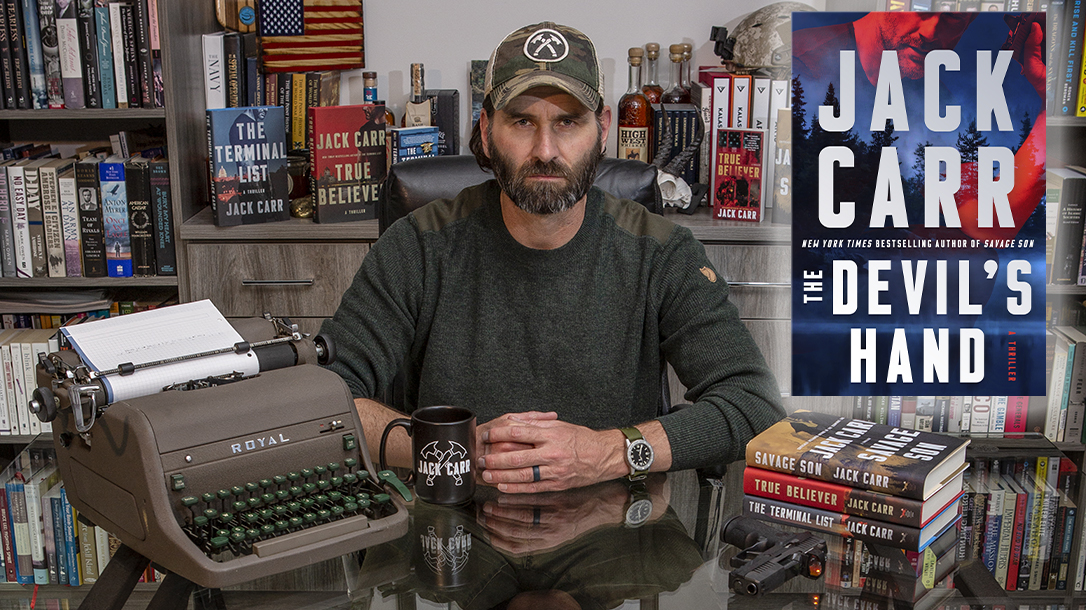 Unlike most former military men who came home and wrote books with ghostwriters or recounted true stories, Carr is a master novelist, interconnecting storylines, characters, research, and details alongside the very best in the craft. He became a NY Times Bestseller. Chris Pratt (“Guardians of the Galaxy,”
Jurassic World”) began adapting Carr’s first book into an Amazon Prime Video series. Still relatively new in the writing world, Jack Carr’s already cemented a literary legacy for generations.

His novels’ action and depth of research not only keep readers on the edge of their seats, but they also provide intricate, high-level insight into how special ops warfare and intelligence agencies work around the world, including the enemies’. He conveys unique and detailed descriptions on how they think, plan and operate. Bring it all together and readers can’t help but feel they’re getting a view from the inside. Carr’s novels convey an exciting and often heroic ride alongside an uneasy feeling that the bad guys are actually planning the atrocities you’re reading about.

Carr hooks you in book one, “The Terminal List.” But each novel thereafter takes you deeper into his world, where fiction and reality interminably blur. This becomes all the more chilling and detailed in book four, “The Devil’s Hand,” as terrorist plots unfold—developed after 20 years of watching the U.S.’s reactions in Middle Eastern wars­–to annihilate Americans on home soil via biological weapons… and the unthinkable domestic realities and responses potentially required in the face of such horror.

You can read Carr’s books out of order, but I recommend you don’t. Get to know James Reece from the beginning and don’t miss out on any of the action along the way.

The latest issue of Ballistic Magazine includes the full Ballistic’s Best 2021 report. It features testing protocol, accuracy, and data on more than 80 firearms, check out Ballistic Magazine. Grab your copy at OutdoorGroupStore.com.