This is the second of five videos about author and former Navy SEAL Jack Carr. We featured Carr on the cover of the October/November 2020 issue of Ballistic Magazine. Digital and print subscriptions available at OutdoorGroupStore.com. Watch above as we grill Carr in a little Q&A session.

Carr’s novels splashed onto the thriller novel genre scene in 2018 with his first book, “The Terminal List.” Slated for production by Amazon in 2021, the multi-episode screen version features the power pair of Chris Pratt (“Guardians of the Galaxy” and “Zero Dark Thirty”) as the protagonist James Reece and seasoned action director Antoine Fuqua (“Training Day” and “Tears of the Sun”). 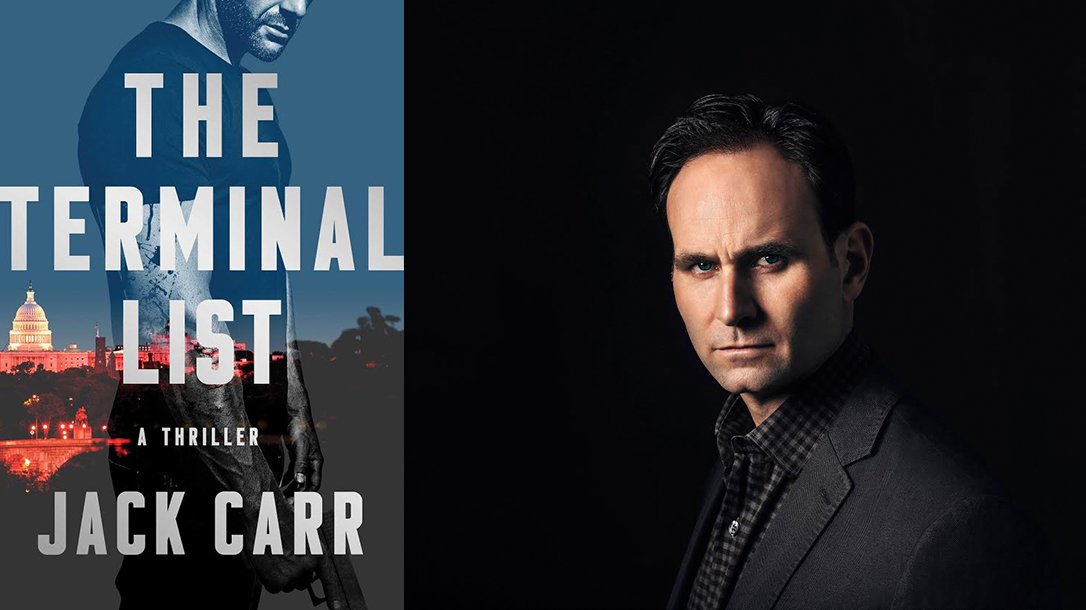 Carr’s writing draws heavily from his 20 years of service as a U.S. Navy SEAL. Carr enlisted in 1996 and became an officer in 2003. However, his military service is only part of the insight that forms his characters and plots. Carr’s mother, a librarian, instilled in him a love for books and reading.

We recently say down with Carr in an exclusive interview for Ballistic Magazine. He spoke with us about his latest book, “Savage Son,” and also his new Ernest Hemingway typewriter. But we also tested his wit with a barrage of outlandish questions. Why? Because we can. For example, who would win in a fight: Carr’s protagonist James Reece, 1986 vintage “Delta Force” Chuck Norris? Or, after successfully completing BUDS training, to which SEAL team was “GI Jane” assigned and what was her call sign? These are the hard-hitting questions we asked because that’s what we do as writers. But seriously, a big thanks to the author for taking the time—it was a lot of fun.

Watch the full interview above. Want to read more about Jack Carr? Grab a copy of the October/November 2020 issue of Ballistic Magazine at OutdoorGroupStore.com.