Thanks to a devoted 37mm ammo following, there’s a wide variety of commercially produced rounds available. They typically start at $8 to $9 each. Fortunately, handloading 37mm rounds is both easy and economical. 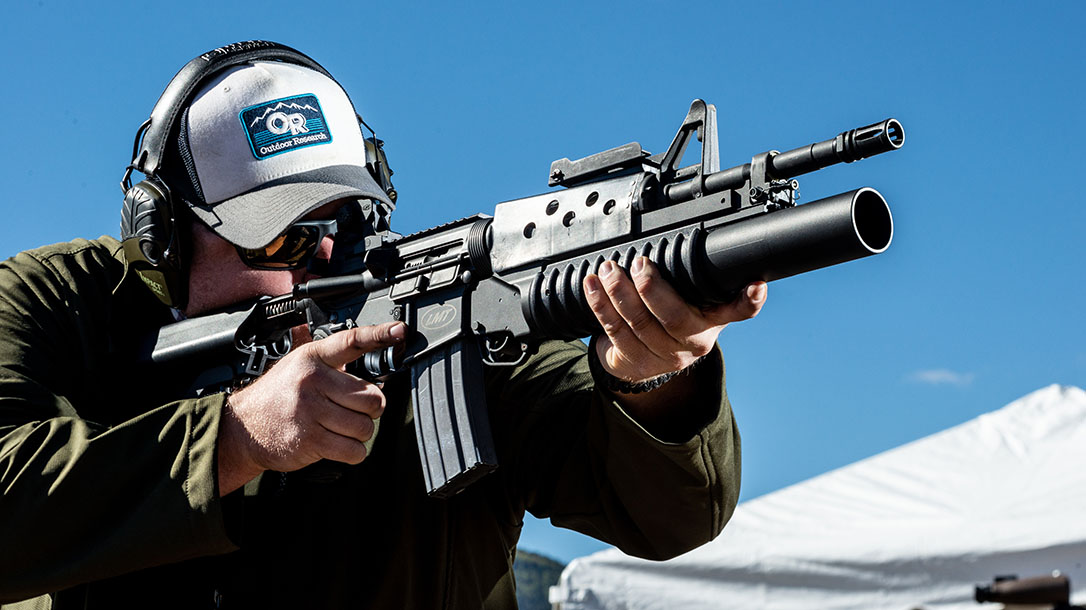 How to Handload 37mm Ammo

The aluminum shells come in various lengths and cost from $15 to $17. The cardboard projectiles launch with a small blackpowder charge ignited by a 209 shotshell primer. This system requires no special tools, and the cost of a pre-fused cardboard tube and wads can drop to as little as $2 each when purchased in 50-piece quantities. You can produce your own smokes, flares, bird bombs, etc., for less than $3 each.

Cheaper still is a simple marker round made from a flour-filled 35mm film canister. If your local drugstore processes film, these plastic canisters are sometimes available free for the asking.

In my experiments, I used 25 grains of Old Eynsford FFFG black powder to launch a 1-ounce film canister filled with flour at 734 fps. Each one flew more than 70 yards. The canisters broke on impact with hard soil, making easy-to-spot white “poofs” of flour. But I realized that this was a light load because ranges of over 125 yards are common and up to 400 yards possible with the right combination of powder charge, projectile and wad.

Getting my lighter rounds on target required the 200-yard aiming point on the flip-up front handguard sight. Accurate shooting at ranges much beyond this would require experimentation with the carry-handle sight. The rims of the MLR shells were slightly too thick for the M203 extractor to snap over, so I thinned them down on a lathe. Alternatively, I could have just filed down one small edge and indexed that on the extractor to accomplish the same thing without a lathe.

Want to learn how you can create your own retro M203 grenade launcher? We detail the entire process in the new June/July 2020 issue of Ballistic Magazine. Print and digital subscription available now at OutdoorGroupStore.com.