Hornady’s new 300 PRC (Precision Rifle Cartridge) is claimed to surpass the performance of the tried-and-true .300 Winchester Magnum and .308 Norma Magnum.

Two weeks ago I spent a few days in Montana with several writers for the 2018 Athlon Outdoors Rendezvous. One of the most intriguing was Hornady’s new 300 PRC Cartridge (Precision Rifle Cartridge), which is claimed to surpass the performance of the tried-and-true .300 Winchester Magnum and .308 Norma Magnum. 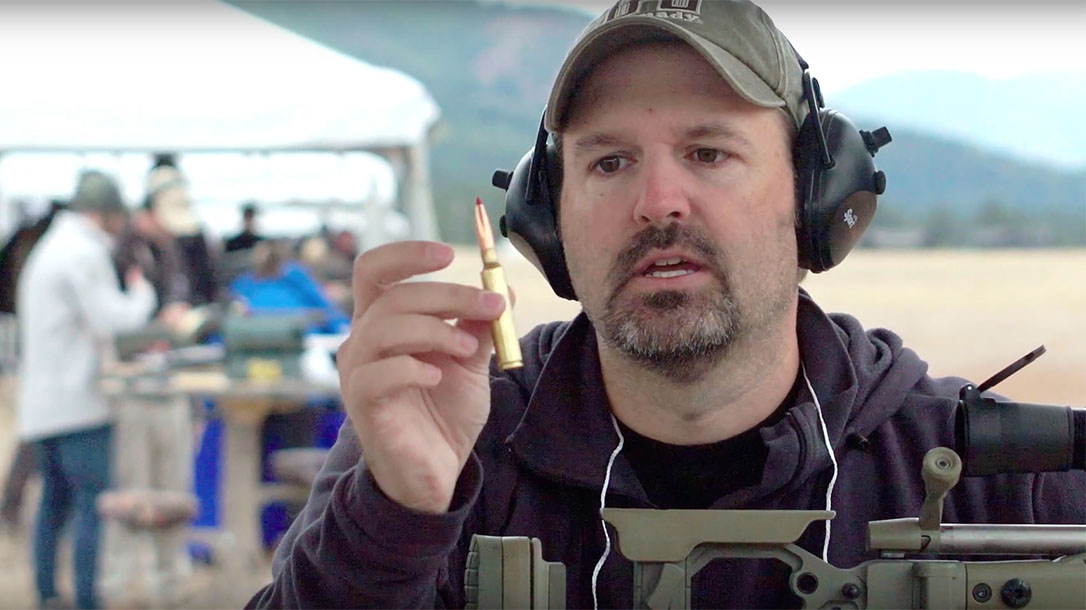 Like the 300 Norma Mag, the 300 PRC cartridge is a non-belted magnum. Instead of being based upon one of the century-old British dangerous game cartridges, the 300 PRC is based upon the unique and original .375 Ruger case. One of the advantages of the 300 PRC case is that its base measures .532, which is the same as the .300 Winchester Magnum.

The 300 Norma Magnum cartridge base diameter is the same as a .338 Lapua Magnum and its parent case, the .416 Rigby. Perhaps the great minds at SOCOM were wanting bolt face compatibility in their switch-barrel Precision Sniper Rifle (PSR) ensemble when they adopted the 300 Norma Magnum.

Being a brand new cartridge, the 300 PRC has been chambered in very few rifles. One Gunwerks rifle was on hand to test two Hornady factory loads.

I engaged steel targets out to 1,100 yards and was able to make hits. More of a “fun shoot” than an intense evaluation, actual data collection was not possible.

“Everybody thinks we need another .30 caliber long-range cartridge like another hole in the head,” Hornady Marketing Director Neil Davies said. “We’ve been working on this for 10 years. What the 300 PRC has to offer is a lot like the 6.5 Creedmoor, (which is) everywhere and it shoots well in a lot of rifles.”

“It’s better to not shove the bullet down in the case,” Davies added. He intimated that Hornady’s engineering research told them that better accuracy could be had by “not having the bullet seated down into the powder column.”

Davies claimed that the 300 PRC was “a little more powerful than the .300 Winchester Magnum.” He went on to explain that Hornady engineers had a tough time getting the 300 Norma Magnum to achieve low velocity spreads, but the 300 PRC has “maximized chamber design” making it more efficient.

As of today, Hornady is loading 225-grain ELD Match and 212-grain ELDX Hunter loads to feed the 300 PRC. Although no velocity data has been released, I speculate that these loads will be hovering around the 3,000 fps threshold. With the 225-grain ELD Match loads traveling at that velocity should stay supersonic out to 1,500 meters.

Stay tuned as we get out hands on a weapon and more ammo to stretch the legs on this powerhouse.