Most of us dream of having some kind of hidden compartment filled with guns and ammo galore. Even a massive safe would suffice; the John Wick Continental Gun Safe gives a pretty good idea of what we mean. Even better, how about some hidden gun storage in your truck? Which brings us to today’s video. 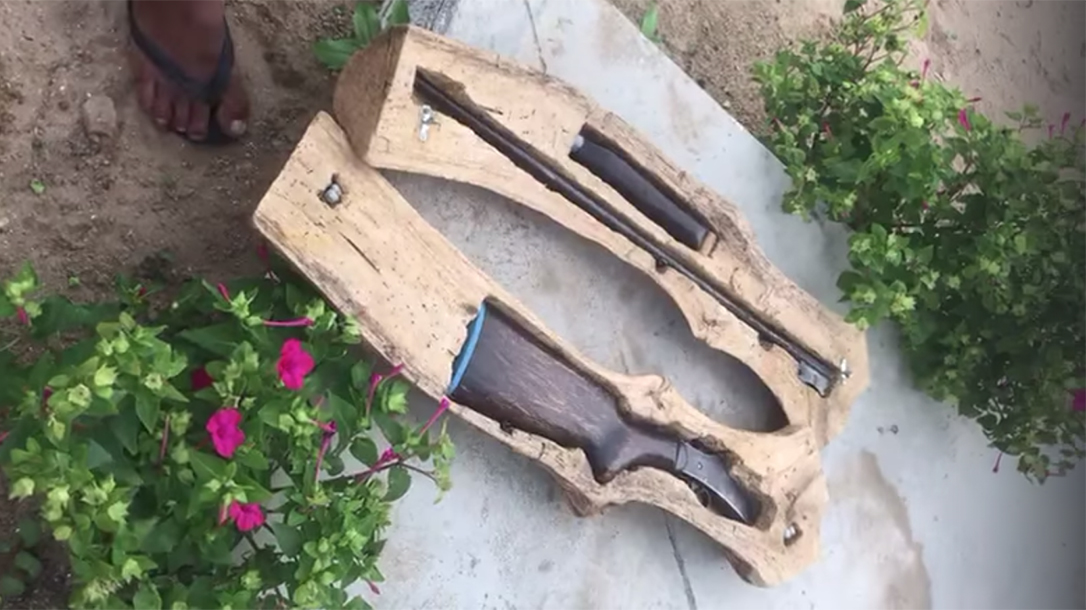 VIDEO: Hiding Your Rifle in a Wooden Log Is Next-Level Ingenuity

Hidden Gun Storage for Your Truck

Our friends at Alien Gear Holsters shared the above video on Facebook. Right off the bat, the cool factor here is very high. Who wouldn’t want a hidden compartment in their truck that stores a handful of guns and some ammo? This is straight out of one of our daydreams. But it didn’t take us long to identify some potential problems here.

Firstly, it looks like those guns will start flying around the second he makes a hard turn. Let’s give the owner the benefit of the doubt and say the project wasn’t finished yet. A few cutouts and some foam inserts should hold those firearms in place.

Then we thought about the location. What happens if someone rear-ends you? All you need is the moron behind you not paying attention and sending a text, then boom! Kiss your firearms goodbye.

There’s another aspect of the location that’s a little troublesome. Yes, it’s cool if you pull up to the range and you want to keep your weapons handy. But what happens if you actually need to access your weapons in an emergency? If you’re at the wheel, you want quick access at the wheel. You don’t want to say, “Hold on! I have to run to the back of my truck!”

Sorry for taking all of the fun out of this one. Cool? Sure, it gets some serious cool factor points. Practical? Eh, not so much.

VIDEO: Hiding Your Rifle in a Wooden Log Is Next-Level Ingenuity