What if Gun Manufacturers Can’t Get Parts, Materials During COVID-19?

by Mark Chesnut
in News
0

0
SHARES
13
VIEWS
Share on FacebookShare on Twitter
We’ve spent a lot of time over the last couple of weeks speaking to firearms manufacturers and gun store owners. As the coronavirus (COVID-19) outbreak continues to stretch across America, we heard stories of struggles to meet demand and ammo shortages and factory closures. These aren’t “panic pieces,” meant to rile up the masses; this is just the state of the U.S. right now as the country figures out this COVID-19 mess. In line with that, we came across a story line we hadn’t even considered. Given the current state of availability of raw materials, as well as transportation interruptions, what happens if manufacturers can’t get the parts they need to meet demand? 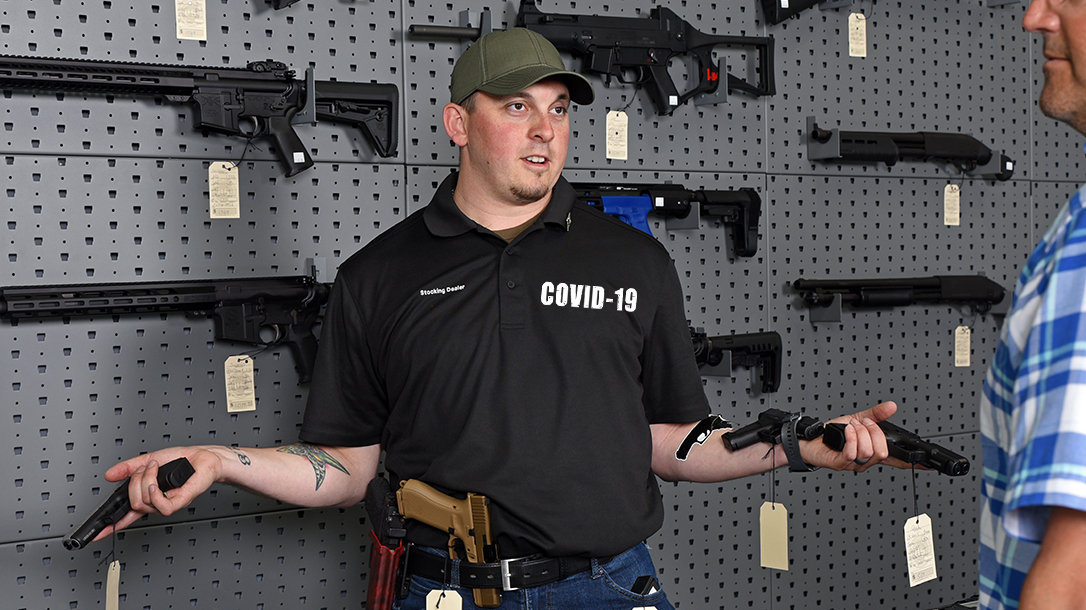 Most long-time gun owners likely remember the greatly increased gun sales during the Barack Obama presidency. Nearly every time Obama voiced his support for stricter gun laws—especially pushing hard for a so-called “assault weapons” ban—people flocked to gun shops in droves. As a result, industry insiders often joked that Obama should be named “gun salesman of the year.”

The sales trend continued high. It even increased when devout gun-hater Hillary Clinton looked set to be the new resident of the White House. However, sales leveled when America elected Donald Trump instead. They later slowed to the point that many referred to the phenomenon as the “Trump Slump.”

The recent surge in gun sales likely reminds many gun owners of those tense times a few years back. But it is important that we all realize there is one big difference. The supply of parts and materials to make guns could be greatly disrupted this time around. And how long it lasts depends on how long it takes before the country recovers from the COVID-19 fallout.

Linda Powell, Director of Media Relations for Mossberg, believes the difference in the increased sales this time from last time could be whether manufacturers like Mossberg are able to get the parts and materials needed to produce enough guns to keep the supply pipeline full and meet the increased demand.

“One thing that is concerning is what happens to raw materials and parts,” Powell said. “Because, like most manufacturers, we do outsource some parts. The longer this pandemic continues to impact things, the more we’ll become concerned about running out of some of those materials.

“We are starting to look at whether there are other parts that we can produce in-house that we now get from outside vendors just to keep things going,” she added.

The supply worries come as Mossberg has seen a very large jump in demand for most of its guns. Powell said that jump focuses on models designed for self-defense.

“Specific models would be our 590 Shockwave and our 590 Mag-Fed, as well as standard pump-action defensive shotguns,” Powell said. “We have shifted the majority of our production to those categories; not exclusively, but most of our focus is trying to fulfill the orders that are coming in right now.”

Powell said that since most gun parts and materials ship by truck, those deliveries could change if the pandemic continues. The result might be a decreased ability to produce the guns consumers want.

“Think about it—it gets down to even delivery,” she said. “Trucking companies, I’m sure, are being utilized to deliver medically-necessary items and food products right now and might be pulled off from doing other deliveries. There are so many factors that come into play that most people might not realize.

“I think we’re being very proactive in our approach to try to keep the supply chain as full as we can and keep manufacturing going. Because, obviously, that keeps people working, and keeps income coming in for the company.”

In fact, while Mossberg continues to produce firearms, company officials have put a priority on protecting employees who make those guns.

“On a personal note, we haven’t had anybody in any of our facilities test positive,” Powell said. “We’ve implemented measures to try to protect the people who are working, as well, and try to limit the potential for exposure.”