by Karen Hunter
in Culture, Lifestyle
0

It took Leonardo Da Vinci 10 years to paint the Mona Lisa. Roughly 85 percent of the male population mistakes a woman engaging in friendly platonic conversation for flirting. So, what have we learned here? 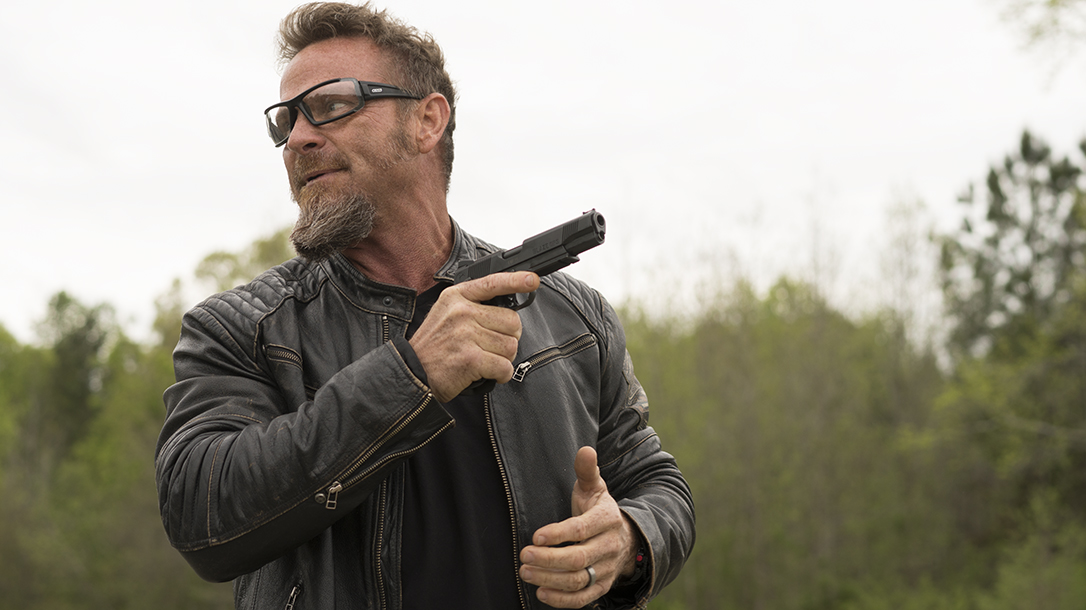 Keyboard Warrior: Pat Mac on How To Handle the Modern Troll

Our world is full of useless facts and statistics that may not provide an enlightened road to bettering our position in life, but we love learning them. Like the tinge of excitement we get as we pop open a Snapple cap and get to read what’s underneath.

Well, given that this article is for Ballistic, let’s look at some fun, quirky and possibly disturbing facts that are gun-centric. These gun facts probably won’t bring you an epiphany, but there’s nothing wrong with a little mindless entertainment every now and then. And just for the record, before we get started: no, I did not throw back a 12-pack of Snapples to find this information!

Daisy Outdoor Products originally sold steel windmills as the Plymouth Iron Windmill Company, which was formed in 1882. In 1888, the company started giving away BB guns with each windmill purchase. The BB guns became so popular, however, that Plymouth switched gears, changed its name and began selling the BB guns instead, establishing itself as one of the most iconic names in the industry.

In 1835, a house painter by the name of Richard Lawrence, who believed he was the King of England, attempted to assassinate President Andrew Jackson at a funeral. Using two guns, he aimed in and pulled the triggers. Both guns misfired, and President Jackson, 67, beat the man to near death with his cane. One of the people who helped restrain the would-be assassin was the one and only Davy Crockett. I really am dying to know what pistols this man was using. Imagine trying to take someone out with not one, but two guns, and then almost losing your life to an old man with a walking stick!

In 1975, it was released in congressional testimony that the CIA had created and utilized a gun that could shoot darts causing a heart attack. Upon penetration of the skin, the dart left only a tiny red dot. The poison itself worked rapidly and denatured quickly after, leaving no trace. This begs the question, what is happening now that we are unaware of?

During World War II, Company C of the 82nd Airborne captured a small town and 80 German soldiers. But the POWs were only held under guard by four American soldiers, and a small band of Germans helped free them and turn the tables. However, when Sergeant Leonard A. Funk returned and was told to drop his weapon at gunpoint, he decided to unleash his Tommy gun and told other Americans to grab their dropped weapons. In just a few seconds, 21 Germans had been killed and the Americans were freed. Funk later earned the Medal of Honor for his heroics.

George Reeves, the actor who played Superman in the 1950s, was usually wary of people, as fans would often try to test his “invulnerability.” At one public appearance, a young fan pulled a pistol on him to test his bulletproof powers. Thankfully, Reeves convinced him to hand over the gun by telling him that an innocent bystander could possibly be hurt when the bullets bounced off.

In “The Wizard of Oz,” the Scarecrow carried a gun. In the scene where they must travel through the dark forest, each character had a weapon of sorts; the Scarecrow held a revolver. When this is brought up, most people say they don’t remember, or that the scene was cut out. But if you go back and pay close attention, looking for it, the gun sticks out larger than life. Go ahead. Google it.

Picasso reportedly used to carry a gun loaded with blanks, and he would randomly shoot at people whom he found to be overly dull. Although this sounds insane, there are times I believe I’d thoroughly enjoy mimicking this behavior.

President James A. Garfield’s assassin, Charles J. Guiteau, chose an ivory-handled gun over a similar wooden-handled model because he knew it would look better in a museum exhibit. What a truly scary premeditated/sadistic mindset.

In the mid-1850s, jailers used to have keys that doubled as single-shot guns as a last resort for self-defense. Jailers would use these keys to unlock cell doors, and if something happened and they needed to shoot, they would touch their cigar to the gunpowder hole, which caused the key gun to fire.

Finally, we have Ernest Hemingway, the ultimate badass. He was known for many things, including writing, fishing, boxing and countless other exploits, including his firsthand coverage of the Spanish Civil War. But during WWII, Hemingway, in his 40s, would climb into his fishing boat armed with direction-finding equipment, a machine gun and hand grenades and set out on the Gulf Stream hunting down German U-boats.