The highest grossing film in the worldwide box office for this year to date isn’t the newly released James Bond film “No Time to Die” or even the highly anticipated “Dune,” and the top action star isn’t Daniel Craig or Chris Pratt. Rather, topping the box office this year is the Korean War epic “The Battle of Lake Changjin,” which starred Wu Jing and Jackson Yee. As of the end of October it had grossed $845 million since its release. 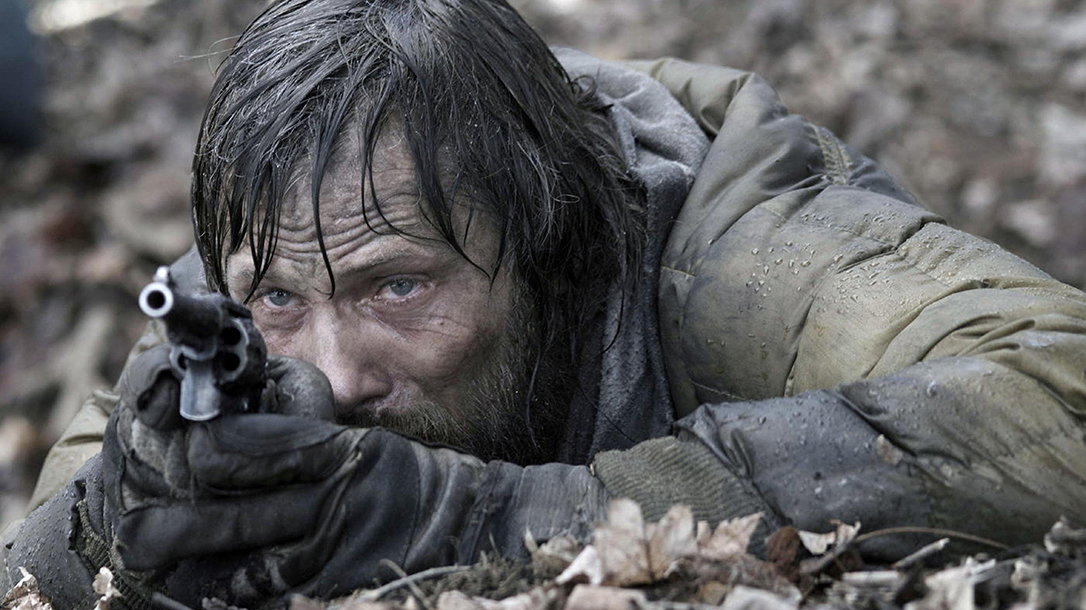 10 of the Best Survival Movies Ever Made

If you haven’t heard of the film, you’re likely not alone. As with last year’s second top grossing film, the equally epic World War II story “The Eight Hundred,” this blockbuster was made not in Hollywood but by China.

“The Battle of Lake Changjin” is also well on track to become China’s highest domestic film ever release. It has certainly dominated the Chinese market – now the second largest in the world after the United States – since its release on Sept. 30. Co-directors Chen Kaige, Tsui Hark and Dante Lam managed to best James Bond in a way that Spectre and countless other villains were unable to do.

Beijing openly praised the film, resulting in a reported sequel in the works.

Such historic films that highlight the triumphs of China aren’t new – but the big change came in 2000 with the international commercial success of “Crouching Tiger, Hidden Dragon.” It energized the Chinese box office, but also led to numerous historical films that featured stories largely ignored by western filmmakers.

What is quite notable about “The Battle of Lake Changjin” is that this is the first time Chinese filmmakers have really tackled the subject matter and highlighted their country’s role in the Korean War – while it also shows the U.S. as the enemy, one it defeated. The movie depicts Chinese soldiers heroically facing United Nations forces, including those of the United States and South Korea, at the Chosin Reservoir in late 1950. The film presents the Chinese forces overcoming significant odds to defeat the Americans.

It obviously takes dramatic license here. In the actual battle, the People’s Liberation Army (PLA) and North Korean forces significantly outnumbered the UN forces. They also suffered vastly more casualties. Unsurprisingly, however, the film stands as a rousing patriotic film. It highlights the glory of the People’s Republic of China in the face of great adversity.

Such films attempt to depict the glories of China. The Chinese Communist Party uses these films to strengthen its position with its people.

For years, the CCP largely banned the making of such films focusing on modern wars. It especially censored those showing any facet of the PLA in a negative light. But in recent years Beijing began fully supporting, even embracing, telling the stories and events unknown to the West. It further embraced telling stories previously depicting the PLA as the enemy.

Hollywood already told the Battle of the Chosin Reservoir (in Western references) multiple times, including 1951’s “Retreat, Hell!” and “Hold Back the Night,” made five years later. Now this Chinese-made film tells the story from the opposing point of view.

“The Battle of Lake Changjin” also follows the release of last year’s “The Eight Hundred,” which was also notable in that it depicted a story of the holdout of a force of National Chinese soldiers in Shanghai in 1937 during the Second Sino-Japanese War. The film proved controversial before it ever went into production, focusing on the National forces. Although they fought against the CCP in the Chinese Civil War, the story ultimately proved an “Alamo-esque” last stand about the Chinese people, regardless of their politics. The fact that it depicted the Japanese as a savage enemy and the West as indifferent likely resonated with Beijing.

It isn’t just Beijing that has encouraged its domestic film industry to make these potentially patriotical-spirited films. In the past two decades, filmmakers in India, South Korea, Poland, Finland and Ukraine have produced movies that retell some of the high points in their respective nation’s history.

These have often been big-budget films that feature thousands of extras. A common theme in these is the heroic efforts to face overwhelming odds of an invader or hostile adversary.

Included in these films is India’s “Manikarnika: The Queen of Jhansi” from 2019 about the life of Rani Lakshimi who rose up against the East India Company during the Indian Mutiny in 1857. It has become one of the highest grossing films in the India’s domestic box to date. Likewise, “The Unknown Soldier,” a 2017 Finish war drama about the Continuation War with the Soviet Union (part of the largest Second World War), has also gone on to be on the highest grossing films in Finish cinema history.

Yet, when it comes to going all in with rousing war films Moscow now bests them all.

This isn’t actually that surprising as Russian cinema is as old as Hollywood, and the first Russian fictional film, “Stenka Razine,” dates back to 1908. By 1913, Russia had some 1,400 cinemas and was producing around 100 films annually. The outbreak of the First World War essentially shuttered the industry.

During the Russian Civil War, in 1919, the Communists nationalized the film industry, but instead of seeing it as a threat as the CCP later did in China, the Soviets immediately embraced it. Film became the “most important of all arts” for the Bolshevik regime. They earn credit for creating the world’s first film school as a result.

Among the most important film of the early Soviet era was Sergei Eisenstein’s “The Battleship Potemkin,” which depicted a highly fictionalized account of the 1905 Revolution. It was innovative in its use of cinematic techniques, including quick cuts, which were soon adopted by western filmmakers.

The Soviets produced many historic epics that were meant to instill patriotic values in the Soviet peoples, and this included Eisenstein’s “Aleksandr Nevsky” (1938) and “Ivan the Terrible” (1944). Even into the latter years of the Cold War, the Soviet Union continued to make epics that chronicled the struggle during the Great Patriotic War – the Second World War as we know it. Such films as 1972’s “Hot Snow” and 1975’s “They Fought for Their Country,” both about the Battle of Stalingrad, have been noted for their use of surplus military hardware and gritty realism.

Each is vastly superior to “Enemy at the Gates,” which is a fine looking film but is full of ridiculous stereotypes and has a rather simplistic and highly fictionalized plot.

Return of the Russia War Epic

The Russian film industry declined after the collapse of the Soviet Union, and only a handful of films were produced as the country dealt with its economic crisis. It has been on a full resurgence in the past decade, and Russia has ramped up efforts to outdo Hollywood. While the west used incorrect equipment over the years – those are all post-war M47 and M48 Patton tanks in the film “Patton” – Moscow actually went to great lengths to obtain vintage T-34 tanks that could be used in its war films. A few of those fittingly showed up in the movie “T-34” (2018), which chronicled the story of tank crew much like the 2014 American film “Fury!”

To highlight how big Russian war films have become, “T-34” even debuted at the 2018 Comic-Con Russia in Moscow, while subsequent war epics have also been presented at the event.

Not all of the recent films have been hits however. “Stalingrad,” released in 2013, relied too much on CGI and 3D, which came off as too gimmicky. Russia’s filmmakers may have learned from that misfire, and instead of over-the-top films with nonstop action, refocused on the personal sacrifices made by the Russian soldier. This is most notable in the 2015 film “Battalion,” which told the story of a women-only Russian combat unit that fought in the First World War.

Last year’s “The Last Frontier,” set during the Second World War’s Battle of Moscow in October 1941, has been noted for containing none of the clichés about Soviet life to which Western viewers are so inured. It highlights that the Red Army had plenty of weapons, and that the role of the anti-retreat squads were meant to stop deserters. Filming also took place on the actual battle site, where bridges and houses were carefully researched and recreated. Additionally, the filmmakers limited the use of CGI and instead sought to obtain vintage Soviet and German equipment – including some of those restored T-34s.

As Russia, China and other countries are attempting to bring history to the big screen; America cinema continues to churn out superhero films and remains all-too-focused on fantasy and science fiction. Even worse, our PC crowd today too often seeks to make the American military look incompetent, weak or even racist. We’re now pandering to sensitivity – “Superman” won’t feature “The American Way” as part of its slogan, as just one recent example – while our potential adversaries are using their filmmakers to put out propaganda promoting strength.

We should hope that any war film made int he not-too-distant future isn’t about how the PLA or the Russian Army marched down Pennsylvania Avenue in victory. Or our carrier fleet sinking to advanced weaponry. Perhaps that might sound drastic, but Sergei Eisenstein made his film “Aleksandr Nevsky” to show how the Russia people had triumphantly stood up to a Teutonic invader as a warning before it faced an actual invasion from the Nazis. For much the same reason, the CCP is now promoting a movie showing the American Army as a past enemy, as it looks to a future confrontation.