by Chuck Taylor
in Guns, Handguns
0

The torture test spanned 18 years and more than and 250,000 rounds, including immersion in both fresh and salt water dozens of times.

The following Glock 17 torture test piece was written in 2007. It’s been sitting in our archives and we thought it was ripe for the Ballistic Magazine audience. So without further ado, enjoy:

Late in 1988, I purchased a Glock 17 9mm with the goal of determining for myself if the then-new pistol was indeed as perfect as Glock had claimed. After all, even back then we were in the age of the “Buyer-Beware!” syndrome. Many manufacturers were making claims of perfection so exorbitant that they actually seemed laughable. 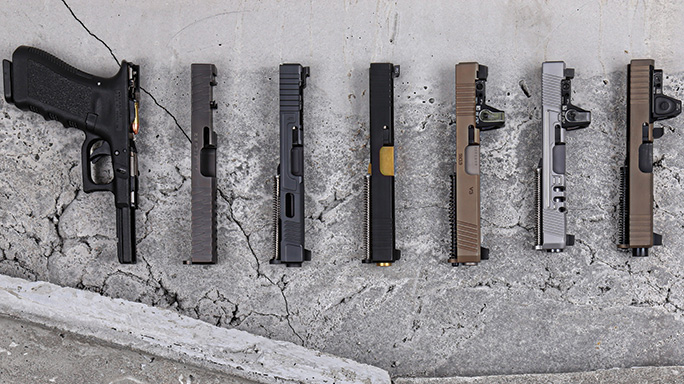 7 Off-the-Shelf Aftermarket Slides For Your Glock

At that time I simply didn’t believe Glock’s advertising claims. Their initial offering, the G17, was something never before seen and featured a completely new—and untried—design. I resolved to find out for myself if the G17 was indeed as good a pistol as Glock claimed.

Moreover, in order to find exactly how tough the Tennifer finish actually was, I decided to present the pistol from a variety of holsters until the finish was virtually gone. I had to dry-practice mornings and evenings for a half-hour or 45 minutes anyway, so what better vehicle to get the answers I needed, right?

Eighteen years and 250,000 rounds later, after immersion in both fresh and salt water dozens of times; being tossed into the sand, dust, snow, mud and grit; being presented from a holster and fired constantly in temperatures ranging from sub-zero to over 100 degrees; and even being left on the bottom of the ocean for six months, my conclusion is that the test Glock 17 is without a doubt a heck of a pistol.

To summarize briefly, this pistol still:

I chronicled the details of my testing, but there are a few highlights that remain prominent in my mind. The first was when I reached the 10,000-round point, which was significant because I decided not to clean the weapon until it reached either 10,000 rounds or began to malfunction. Yet, at that point, though the slide was beginning to cycle sluggishly, no stoppages attributable to the weapon itself had occurred.

Then there was the scenario when I installed Glock’s underwater kit and fired the weapon without a single stoppage while fully submerged. Have you ever done standard exercises from the holster at 3, 5 and 7 meters or multiple target drills while standing on the ocean floor 30 feet below the surface? As a sidenote, the reason I didn’t shoot past 7 meters was because the water quickly decelerated my bullets. Accuracy began to deteriorate excessively past that range.

I then left the pistol on the ocean floor for a full six months, recovering it on my next trip to the area. Subsequent examination showed only minor—almost microscopic—pitting on the slide lock lever and a small, oddly shaped pit on the left-hand upper corner of the slide just forward of the grasping grooves. Nothing else rusted—not even the internal surface of the bore. 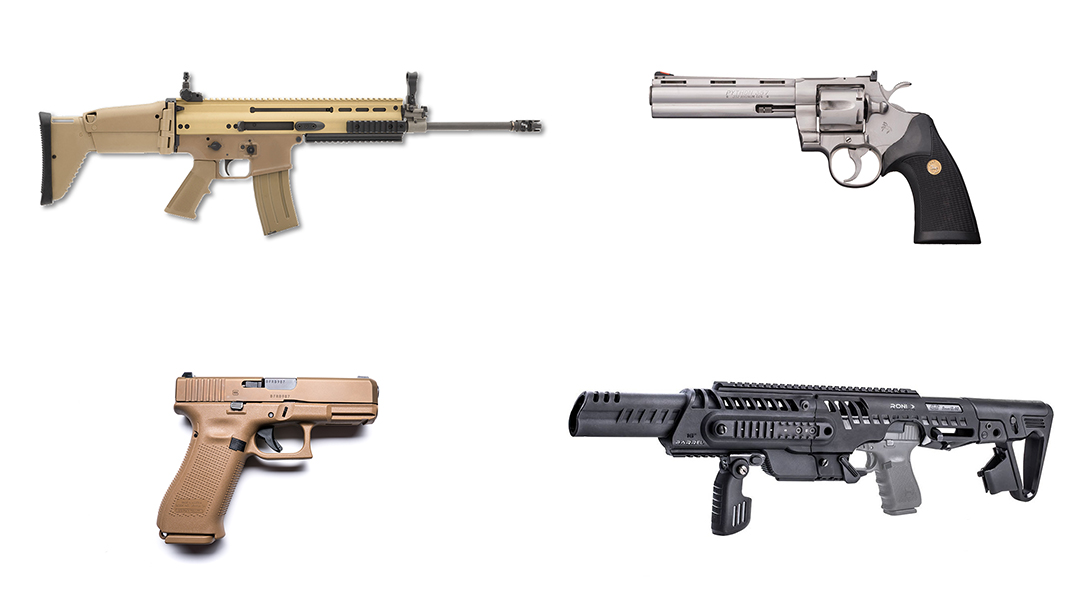 Another G17 adventure I remember with fondness was when I took it to Alaska to see how it performed in sub-zero temperatures. On the day of the test, it was 40 degrees below zero in Kenai, Alaska. The camera had to be rushed into a special warm-up shed between frames to prevent the motor-drive and light-meter batteries from dying. Yet, the test Glock went through the entire 750-round test without a single stoppage.

Not impressed? Well, perhaps you’ll reconsider when I tell you the test format. It consisted of rapidly shooting the pistol until it was empty, quickly inserting a fresh magazine, then dropping it into the snow and leaving it there for 20 minutes. I then retrieved the pistol and attempted to fire. Now are you impressed? I certainly was.

I also buried the test gun in a sandy Arizona dry streambed, then recovered it and fired it without difficulty. Then, as if that weren’t enough, I tossed it into a running creek and duplicated the exercise. Still no malfunctions.

Long In The Tooth

In short, even though the G17 is getting a bit long in the tooth, it is still going strong. It still functions flawlessly and still shoots more accurately than anyone can shoot it. Its Tennifer finish, though finally getting a bit thin here and there, is still intact.

What more can be said? How good can it get? While the Glock 17 isn’t impervious to damage, even abusive use conditions won’t put it out of business. I didn’t throw mine out of a helicopter from 1,500 feet, nor did I place it on a paved road and run over it with a tank, or freeze it into a solid block of ice, then chip it out and try to shoot it. “Tests” like that are both unrealistic and meaningless. I did carry and use the G17 in question for almost two decades in a wide variety of environmental conditions and found it unbeatable.

To my way of thinking, it just can’t get any better than that.