by Frank Melloni
in Accessories, Gear
0

The easiest way to adapt an AR-15 to a different application is to change its chambering, barrel length or both. Previously, this meant carrying around two upper receivers, two bolts, two charging handles and two costly optics. The War Lock from Frontier Tactical changes all that. It’s a simple device that allows the user to swap just the barrel, allowing for the firing of cartridges that share the same bolt face. Frontier Tactical sells upper receivers and even entire firearms with the War Lock already installed; or you can easily upgrade your existing rifle with very few tools. 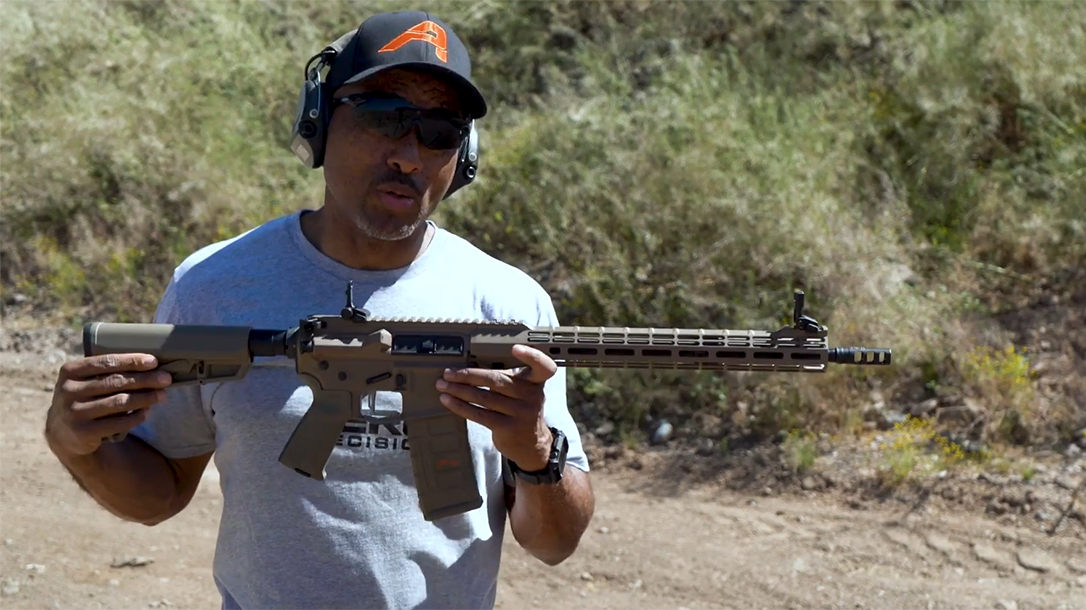 The company was founded by veteran Army armorer Nathan Love. His passion for firearms technology led him through a military career where he “built and worked on everything from handguns to howitzers.” His dedication is apparent in the products that his company puts in front of its customers, as well as its extraordinary level of customer service.

I have fielded two firearms equipped with the War Lock system over the last four years. One rifle can switch between the 7.62x39mm and 6.5 Grendel, and the other handles the 5.56mm NATO and 300 Blackout. I like to use the former to train students who are looking to get into long-range shooting or 3-Gun competition. I often have both lessons on the same day, and this configuration allows me to reduce the gear I need to carry. This setup also makes a great package for hunting on unknown terrain. Generally, I start out with the 7.62x39mm barrel on the gun and the 6.5 Grendel in my pack. Should I find a place along the trail that might lend me a good 300- to 500-yard shot, I swap them out and post up.

The 5.56mm and 300 Blackout upper is my range and home-defense package. I like to take the 5.56mm to the range to ring steel. Then, when I get back home, I snap the 300 Blackout barrel back on. Of course, you can change between all four cartridges (and many more) with just one War Lock rifle, but I use this setup so I don’t have to bother with bolts or magazines. Learn more about the War Lock system at FrontierTactical.com.