This month’s “Beast Master Hunting Kill of the Month” is a compilation of multiple kills on a grey fox hunt. 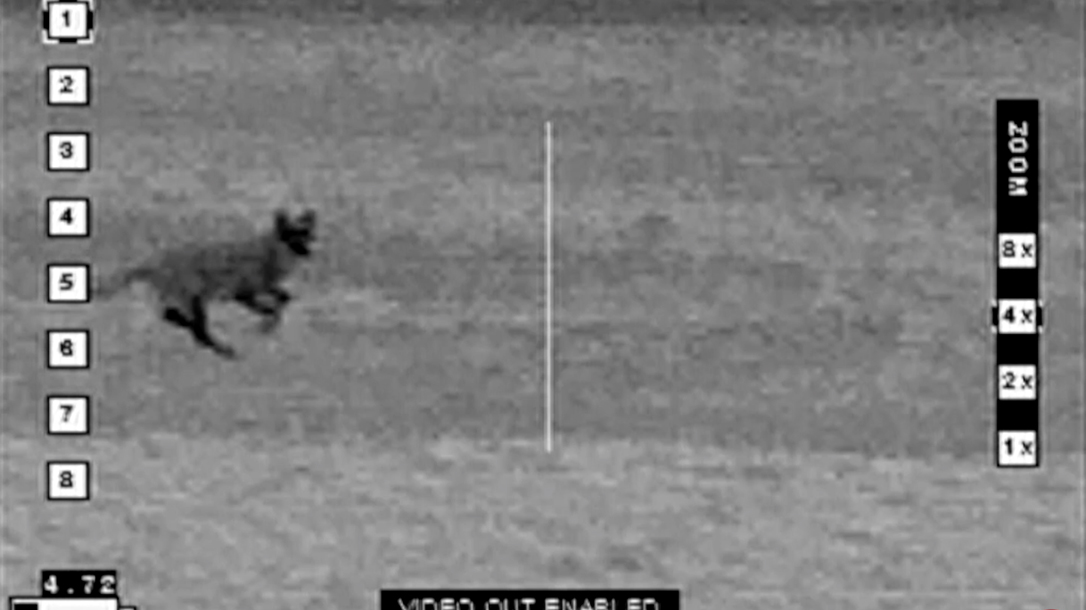 The video you see was recorded through my Trijicon MKIII 60mm thermal optic, mounted on my Beast Master Hunting rifle. The distress call you hear in the background is a Foxpro Shockwave. There was one other hunter with me, so you will hear some conversation between the two of us.

Believe it or not, the grey fox can do quite a bit of damage to a small farming operation. In this case, a sheep farmer had lost several newborn lambs over the past few months.

We linked up with him through a mutual friend and headed out to see if we could curb the losses.

The three foxes you see in the video were just a small part of the problem, as we took out nearly a dozen that night. Unfortunately, most of them came in so fast, I was unable to get them on video.

The roads you see in the video are all privately owned and inaccessible to the public, so shooting on them is legal.

If you have never been fox hunting, just imagine a 4-inch target that bounces around like a cartoon character. They are fun to watch and even more fun to hunt.