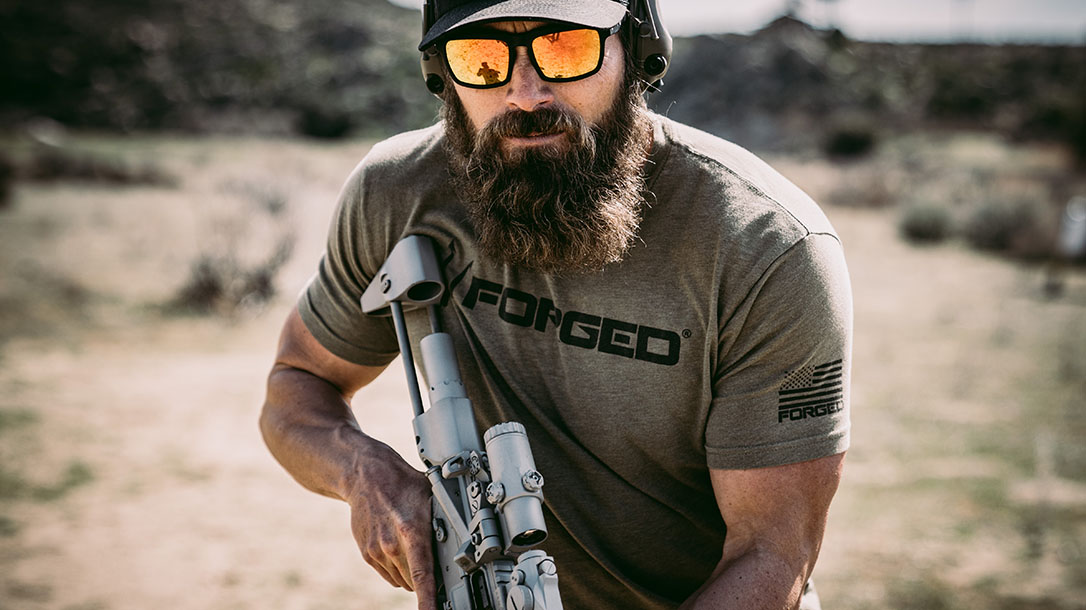 Michael Sauers is the kind of man that makes me feel lazy. He’s the founder and CEO of Forged Threadworks, a patriotically inspired clothing company. But he’s a lot more than that.

The former Navy SEAL has more than 20 years of operational and instructional experience in Special Operations, and has completed four combat deployments to Iraq, Afghanistan and Kosovo where he conducted numerous direct-action raids, sniper overwatch, high-threat security, and combat reconnaissance missions. Over his career he has been awarded for valor on several occasions, including a Bronze Star, Army Commendation Medal and a Navy Commendation Medal. 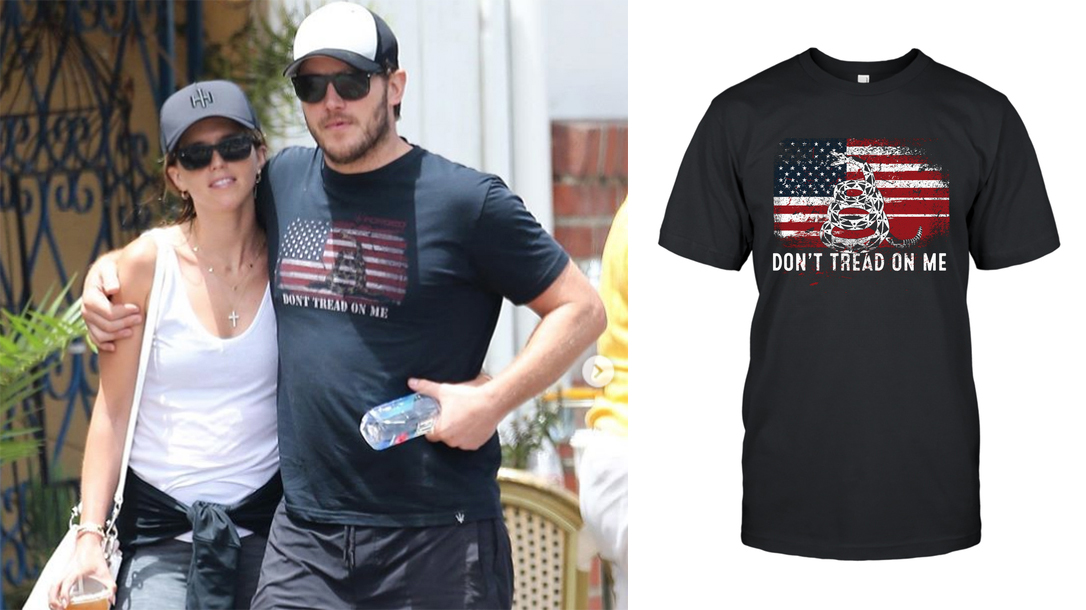 Forged Threadworks donates a portion of every sale to military- and first responder-affiliated non-profit 501(c)3 organizations to help wounded first responders, veterans and their families cope during times of adversity. For example, in 2014 he raised more than $1 million for the family of fallen Navy SEAL Chris Kyle.

In 2019, Forged partnered with Sauers’ good friend, Chris Pratt, to raise just over $53,000 for the Brain Treatment Foundation through the proceeds of Forged’s “Resurgence” T-shirt.

I recently got on the phone and picked Michael’s brain about the beginning of the Forged brand, manufacturing and fundraising in the time of COVID, and what is next for the company.

On Sauers’ last deployment to Iraq, a teammate and close friend was severely injured during a firefight in Ramadi, which led to massive burns and the loss of a limb. When Sauers and a few of his teammates returned stateside, they had the idea to make a tribute shirt in honor of their injured team member to help raise money for his recovery.

“We were selling them around the team,” Sauers told me. “It started taking off, and we ended up raising a good amount of money. We crunched the numbers and realized that we had made more selling T-shirts out of the trunk of our car than we made in the Navy that month.” Sauers continued, “Guys would come up to us and say that we should make another shirt. That’s when the idea of a business started to come to mind.”

Sauers then recruited another fellow SEAL who had some background in graphic design, and they went to work. The inspiration for the company’s name came from a slogan on a shirt from when Sauers went through Hell Week at BUD/s. It read: “The hardest steel is forged in the hottest fires.”

“Forged is a saying that we use in the SEAL Teams and Special Operations,” Sauers said. “‘To form with great concentration, by heating and hammering, beat into shape.’ Everything important in life is forged. We would use that term a lot in Special Operations. It just fit.”

The small company soon went from operating out of the living room to the garage to the 10,000-square-foot warehouse where it is today, 13 years later.

Lt. Michael P. Murphy was the officer in charge of a four-man SEAL team in support of Operation Red Wings near Asadabad, Afghanistan. He is credited with risking his life to save his team by moving into open ground in order to establish contact with headquarters to request assistance. Though mortally wounded, Murphy fought on, allowing one of his team (Marcus Luttrell) to escape. The movie Lone Survivor (2013) is based on Operation Red Wings.

In 2012, Forged partnered with the Lt. Michael P. Murphy Memorial Scholarship Foundation to create the fitness fundraiser, the Murph Challenge. Since 2014, the challenge has raised more than $1 million for the scholarship foundation. It also helped finalize the construction of the Lt. Michael P. Murphy Navy SEAL Museum/Sea Cadet Training Facility in Long Island, New York.

The “Murph” WOD, developed by CrossFit in 2005, consists of a 1-mile run, 100 pullups, 200 pushups, 300 squats, followed by another 1-mile run … all while wearing a 20-pound vest or body armor. Participants submit their times to be ranked on the worldwide leaderboard on themurphchallenge.com.

This year, the challenge obviously faced difficulties when the hosting gyms across the country faced closures/restrictions due to COVID. “It was usually the largest event of the year for these gyms, but since the event falls on Memorial Day, all these gyms were closed down,” Sauers said. “We really had to switch up our marketing techniques.”

The ‘Murph’ vs. COVID

Focusing on an “at-home” workout, they created videos and training techniques that participants could do from home to prepare for the event. They even created a second event in Florida on the anniversary of Operation Red Wings with California still completely shut down for gatherings. Unfortunately, the day before the event, Florida went back into lockdown.

“That threw another monkey wrench into our plans,” Sauers explained. “It has been very stressful for us trying to coordinate events and classes with COVID going on. As soon as you think you have a clear path, the record changes.”

COVID has also impacted the manufacturing side of Forged.

“Most of our suppliers had just shut down, or were just making face masks and other medical and PPE equipment,” Sauers explained. “We just couldn’t get some products made. We definitely had to adapt.”

Sauers told me that, at first, they weren’t planning on making masks. However, after some research, they put in an order and the masks sold well.

“We are making masks because it’s an opportunity to help us support people,” he said. “If you are an entrepreneur and you have the ability to help a situation, whether people believe in it or not, I am going to help aid that process. If you have to wear it, wear something from somewhere that you support, something that you can get behind.”

Forged Threadworks clothing will continue to expand its product line into different levels of apparel. It also has some projects in the works that Sauers couldn’t go into detail about. He did say, however, that they are looking into more accessories, such as watches and sunglasses.

The fundraising and donating power grows with the business as well. Sauers explained that an advantage that Forged has, and a big part of the brand, is the ability to react to current events.

“We had an officer in San Diego who was killed in the line of duty about five years ago,” Sauer said. “We have a shirt that we started for him called our Front Line shirt. It ended up raising $72,000 for his family. We can react with campaigns to help out people in need.”

This article is from the Oct/Nov 2020 issue of Ballistic Magazine. Grab a print or digital subscription at OutdoorGroupStore.com. 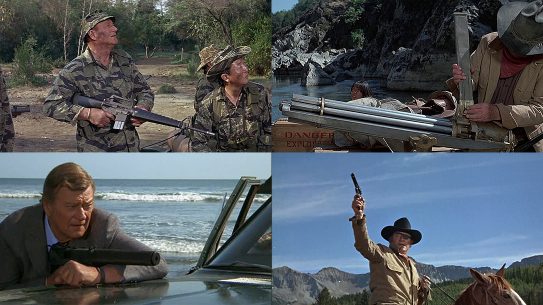 While known for the Single Action Army and Winchester Model 1892, John Wayne used...