by Sean Utley
in Guns, Handguns
0

SilencerCo turned a lot of heads a few years back when it unveiled the integrally suppressed Maxim 9 pistol. It was unique across the board, from design to performance. Fast forward to 2019 and we have the exclusive on the next rabbit SilencerCo is pulling from its proverbial hat: the all-new SilencerCo Non-NFA Maxim 9. 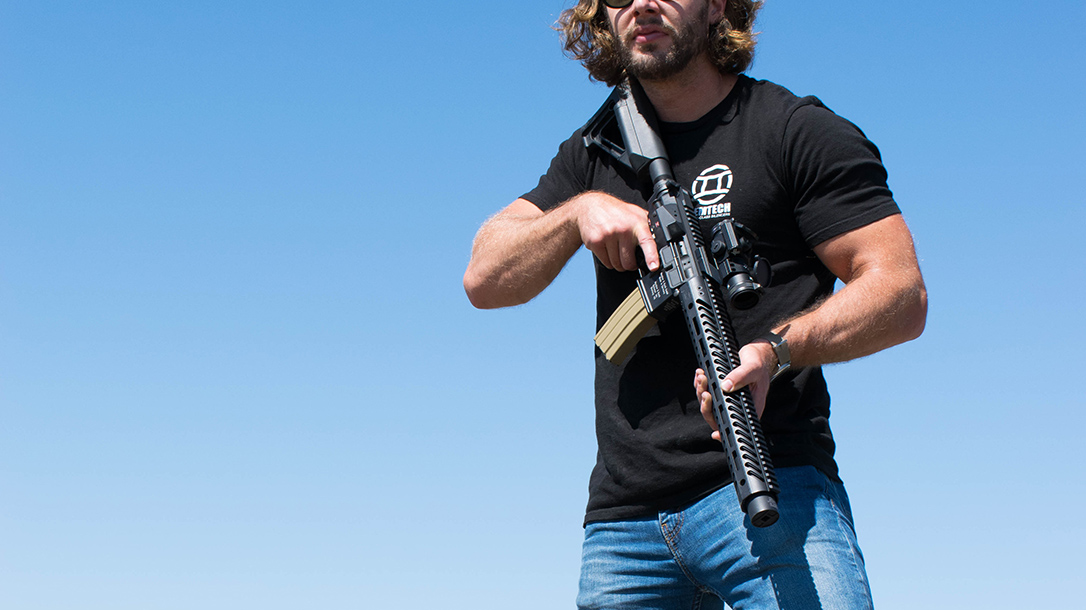 How to Purchase a Firearm Suppressor Without All the BAFTE BS

Due to its integral suppression, the original Maxim 9 is an NFA item. As the name — which isn’t official — would suggest, the new Maxim 9 is a non-NFA item. What changed? Well, for starters, the new pistol is not integrally suppressed. No, instead SilencerCo designed the non-NFA Maxim 9 from the outset to be suppressed. This resulted in what the manufacturer says “could be the quietest suppressed pistol ever created.”

During an exclusive sneak peek, SilencerCo told us to think of the new pistol as a “suppressor host.”

The “silence” comes from SilencerCo’s unique delayed blowback design, which has several advantages. For starters, the design pushes gases forward out of the barrel resulting in significantly less port noise and gasses coming back at shooter.

The new non-NFA version also has a fixed barrel, so there’s no need to run pistons or boosters on suppressors. The fixed barreled also means the front of pistol doesn’t move so sights and optics stay on target better. Overall, there’s less impact on dot-type optics. The threaded fixed barrel can also accept direct thread and tri-lug attachment types.

Then there’s the trigger. SilencerCo completely re-engineered the trigger so it has a better feel and response than the original NFA version of the Maxim 9. On top of that, the pistol features easy disassembly for cleaning and accepts Glock 17 magazines.

And that’s all we currently have. No MSRP or release date is available, but we’ll keep you updated when we have more. Until then, keep your eyes on SilencerCo.com.