Return to Basics: Fighting the Rise of Violent Crime in America

At the funeral of slain NYPD Detective Wilbert Mora, former NYPD Captain and current Mayor Eric Adams lamented about the state of gun violence and said, “Our city is going to do more than thank you. We are going to give you the resources to fight this senseless violence. It is New York against the killers, and we will not lose.” 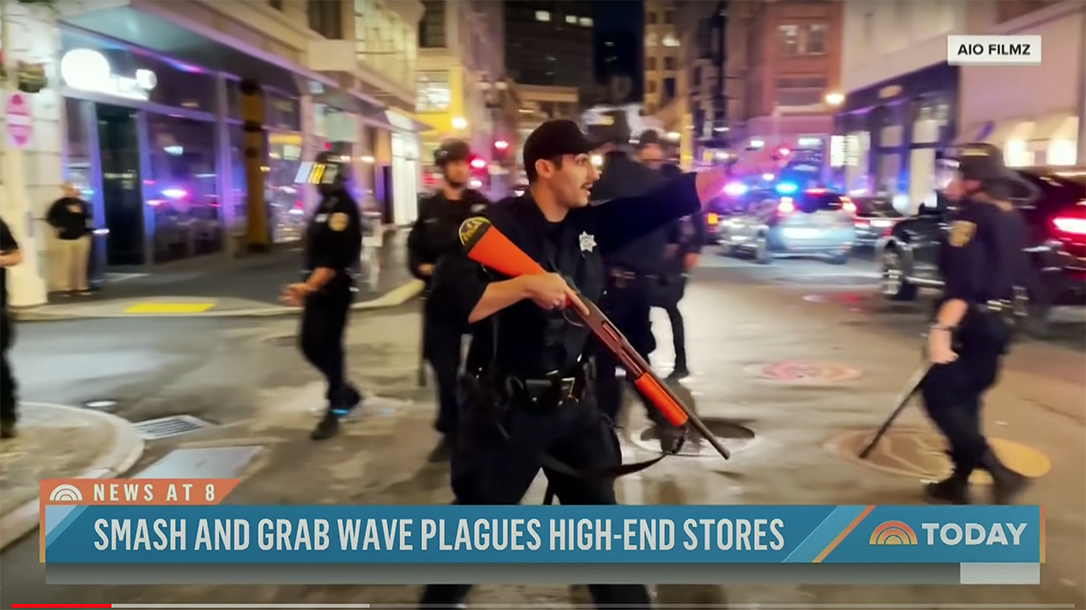 Fighting the Rise in Violent Crime

A positive statement from the mayor of a city whose major violent crime rate has risen over 38 percent so far this year versus last. This includes shootings, which are up 32 percent.

And while this violent crime epidemic persists, elected officials across the nation seem baffled with how to combat this sudden and dramatic rise in crime in the aftermath of many who had called for defunding the police.

The Biden Administration put forward a plan for a nationwide strategy seeking to “trust and earn legitimacy, invest in prevention and intervention programs, target enforcement efforts against the most violent criminals and the ability to measure results. This strategy ignores the main reason for the violent crime surge, an absence of enforcement of the rule of law.

To realistically address violent crime, one of the first steps is to stop the degradation and degrading of the law enforcement profession. According to a report by the Police Executive Research Forum, fewer new officers were hired in 2020-2021. Meanwhile, resignations and retirements increased in the same period, compared to the previous year. Resignations rose 18 percent and retirements increased a whopping 45 percent. The reduction in force drains a profession in need of expertise, and the expertise comes only from experience.

According to the comments provided during this survey,  on recruiting, “We have seen an approximate 40-percent reduction in applicant packets this last fiscal year. In addition, we are seeing fewer ‘above average’ candidates. The current rhetoric and negativity surrounding law enforcement is having a negative impact on the number and quality of applicants we recruit. …In 2020 and 2021, most of our officers who left did not leave for another department. They left the profession.”  Without enough law enforcement officers, especially experienced ones, its hard to fight crime.

Second, prosecutors in all jurisdictions need to uphold the law and prosecute. Instead, what we have seen is shoplifting and drug-possession are no longer crimes in Baltimore. St. Louis is not prosecuting looting and rioting, Portland is doing the same and is also not prosecuting trespassing, Philadelphia won’t prosecute looting, rioting or prostitution and San Francisco and Chicago, where record shootings are occurring, is not prosecuting thefts under $1,000 and indecent exposure offenses. And in New York, on his first day in office the new District Attorney issued a memo outlining what he won’t prosecute many so called “low-level” offenses, sending a message that will only embolden criminal behavior. This new dynamic of so-called progressive prosecutors continues to use a flawed crime emboldening approach vs a public safety approach.

Third, so called “bail reform,” which are efforts to use alternatives to pre-court incarceration; efforts to release more inmates or any sentencing reform, must be reformed. The data on bail reform alone shows some unintended consequences. The data indicates, “that the new system is still gambling — allowing some potentially preventable criminality.” Since bail reforms were enacted (in New York), judges have increasingly used supervised release as an alternative to jail. The population is free but monitoring grew from 2,162 people in September 2018 to 3,543 in September 2020. What this means is the total universe of supervised release defendants increased as did the number of crimes committed, including serious felonies, which indicate a failure of the system.

Fourth, if you are going to use supervised release more liberally, then the support structures need to be in place to support and monitor these criminals – which means robust probation and parole.  Yet in the proposed New York 2020-21 Executive Budget recommendation for statewide County and New York City Probation Services, it remained unchanged since fiscal year 2012-13. The NEW YORK STATE PROBATION OFFICERS ASSOCIATION, INC said its becoming less of a “State-Local” partnership and closer and closer to becoming an “unfunded mandate.”  Even in the federal government, whose use of the FIRST Step Act has seen its inmate numbers decline form 192,170 in 2016 to 155,826 in 2021, has done nothing to support them while on supervised release. A FY21 funding bill provided funding to hire 94 more staff at U.S. Probation. A budget cut in the final bill killed that funding.

Fifth, let law enforcement enforce the law. While many jurisdictions have abandoned enforcing certain low-level crimes, the net result has been historic increase in robberies, assaults and other crimes. While the “broken windows” model has been controversial, one of its tenants is “disorder creates fear” and as any law enforcement officer will attest to, small crimes often lead to larger ones.

If our elected officials are serious about attacking and reducing violent crime, bringing back the evidence-proven enforcement strategies that work and empower the police and punish the criminals is what needs to happen.  Anything less than that will continue the tragedy that Detective Rivera’s widow described as, “a system that fails us.”

‘Flying’ Handgun Lodges into Car Bumper on Interstate in Washington