Falkor Defense is a name you should get comfortable hearing. Back in September, we had Falkor out at the 2020 Athlon Outdoors Rendezvous in Idaho. Of the 30 manufacturers in attendance, there wasn’t one we heard more about from our contributors than Falkor Defense. The Falkor team brought four guns with them for the event: The Petra semi-auto rifle in .300 Win Mag, the FG-9 pistol-caliber carbine, the Phantom AR pistol, and one more that we’ll talk about here. It’s the Falkor CSS complete rifle and chassis system. 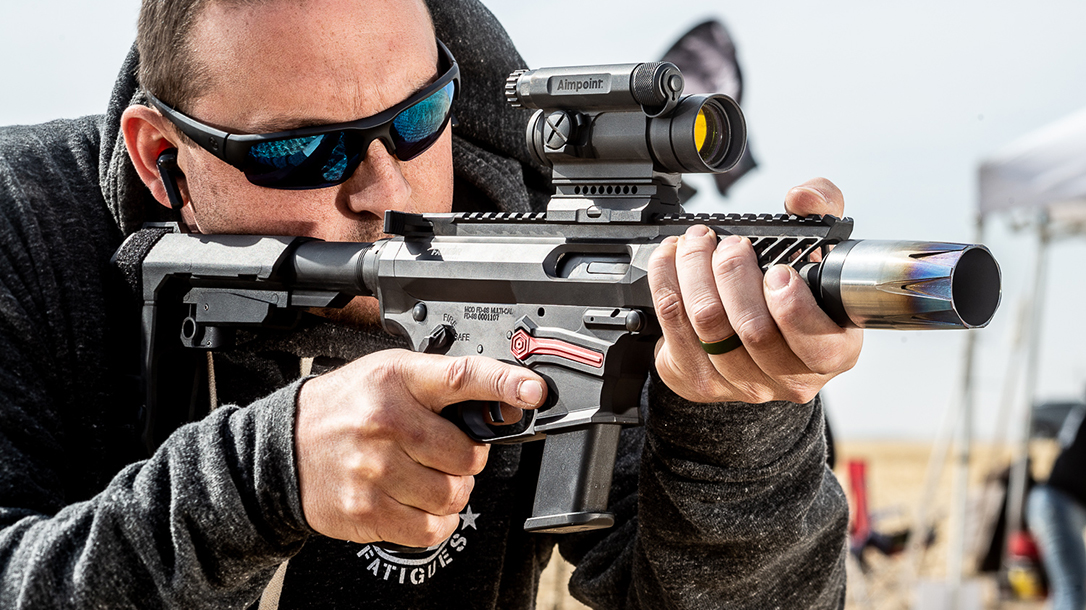 What Is the Falkor CSS?

The CSS is a new offering from Falkor Defense. It’s available as either a complete bolt-action rifle or just as a chassis system. It’s worth noting that the chassis accepts all Remington 700 and 700 clone actions.

We shot the complete rifle in Idaho and, like everything else we shot from Falkor, it performed well. The complete rifle is available in .308 Win., 6.5 Creedmoor, and 6mm Creedmoor. It comes with a Dracos Straight Jacket Barrel, which is lighter than your typical steel barrel, and also far more rigid. The rifle also features a TriggerTech Diamond Rem 700 Trigger, which is a nice little bonus.

But the highlight is the inclusion of Falkor’s 7EVEN Action. It’s a custom action based off a Remington 700 pattern. Pound-for-pound, it’s probably the smoothest action on the market. Period. Hitting at 1,000 yards or more wasn’t too difficult with the CSS; that should be expected, but winds were also kicking at about 40 mph that day, so there’s that.

The complete rifle is currently available for pre-order. MSRP comes in at $4,899. There might be a little bit of “sticker shock” there, but anyone who’s fired a Falkor firearm before knows what they’re getting. Meanwhile, the CSS chassis comes in between $999 and $1,199. Watch the video above to learn more about the CSS and see it out on the range. For even more info, please visit FalkorDefense.com.