We like different. There are a number of ways to fine “different” in the firearms world, including innovative, interesting, pointless, and fun. We’ll let you be the judge of which definition fits best with the FAB Defense Pentagon Magazine Coupler Kit. 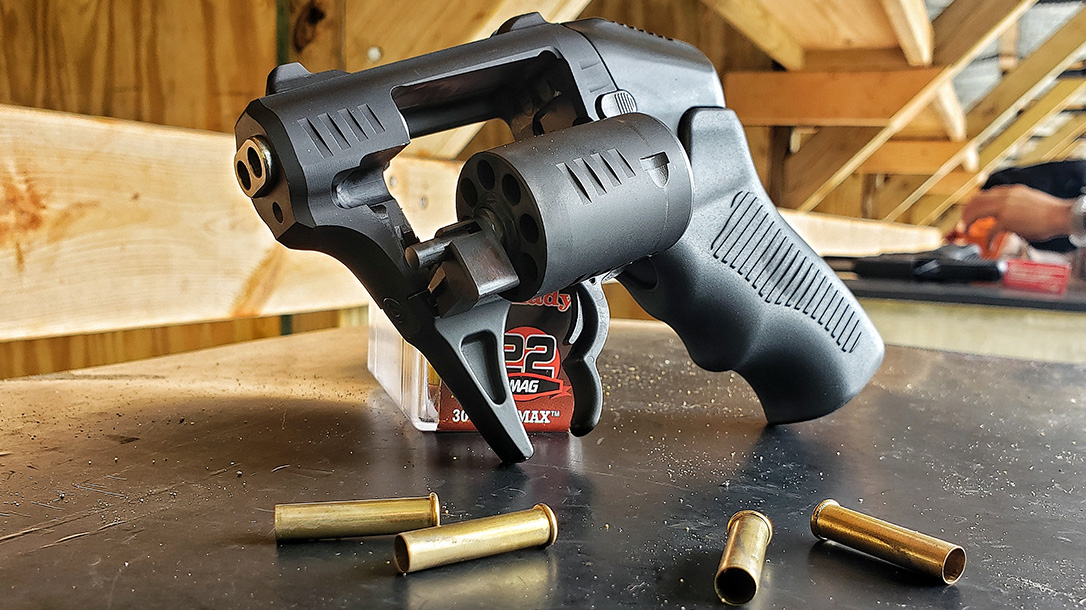 Now, this isn’t anything new, it just hasn’t been talked about in a while. It also may have been flying under the radar for some of you. So we figured we’d revisit the Coupler Kit.

What Is the FAB Defense Pentagon Magazine Kit?

The look of the Pentagon Magazine Coupler Kit is pretty much what it sounds like. Pentagon obviously stands for five, which is how many 10-round magazines the accessory brings together.

Designed specifically for FAB Defense’s Ultimag AR magazines, the Pentagon Coupler Kit is compatible with M16, M4, and AR-15 variants. The Coupler locks five 10-round magazines into those variants for easy access to 50 rounds. So there’s no confusion, users can not fire those 50 rounds at once. The Coupler requires removal and reinsertion for each magazine. What’s important is that 10-round limit, which is legal across the U.S.

The external Coupler does not replace the magazine floor plate. FAB Defense constructed the Coupler Kit using high-grade polymer. It is available in black, olive drab green or flat dark earth. Included in the kit is the Magazine Coupler, as well as five Ultimag 10-round magazines. MSRP is $155.50.

And that’s the gist. Personally, we like it. It provides a legal solution to states with limited capacities. So, now we want to hear from you. Vote in the poll below and let us know what you really think about the Pentagon Magazine Coupler Kit. For more information, please visit FAB-Defense.com.