An EDC pocket dump from a pro is a valuable asset. It’s a good way for concealed carriers to see what they should have on them when out in the world.

During our photoshoot with Tatiana Whitlock for the summer 2018 issue of Ballistic Magazine, we saw a golden opportunity to examine her daily setups. Whitlock gladly obliged. 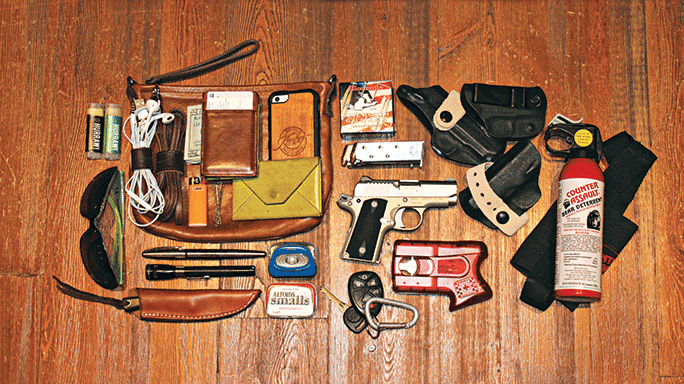 If you’re unfamiliar with Whitlock, she is a firearms instructor, hunter and outdoors enthusiast based out of Maine. She works with men, women and youth to establish a real-world foundation of firearm skills, safety and situational awareness.

The training Whitlock offers, “Training in Context,” brings participants out of the square-range mindset and into the context of daily life.

As part of her Q&A for the summer 2018 issue, we asked: It’s bug-out time. What are your three never-leave-home-without essentials?

“Bullets, bandages and brains,” Whitlock said. “I must have a solid med kit (preferably from Dark Angel Medical), an Agency Arms Glock 19 with a SureFire X300 Ultra and extra mags, and an intelligent set of lightweight survival gear (SureFire Defender light, multi-tool).”

Watch Whitlock discuss her entire EDC pocket dump in the video above.

Read the entire Q&A with Whitlock in the summer 2018 issue of Ballistic Magazine, on sale now at OutdoorGroupStore.com.