Roadkill for dinner? In a short time, it could drive you to madness. After a while, your standards related to what you will and will not consume dramatically lower. In normal circumstances, one would not order a freshly trampled raccoon from a restaurant’s menu and consider it haute cuisine. 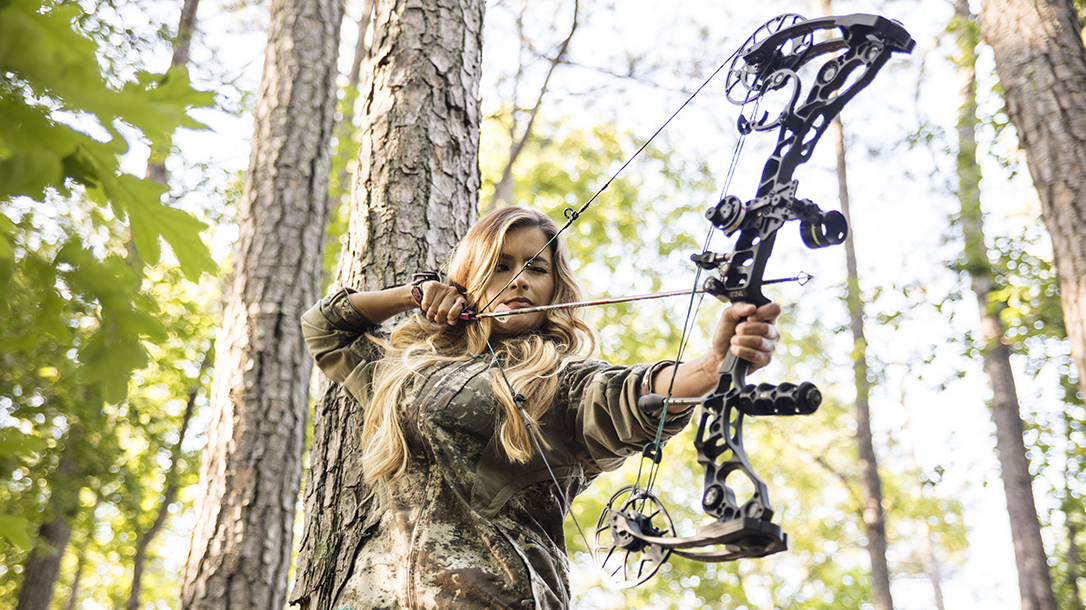 However, half starved, lost in the woods and desperate for a meal with the protein and calories to help you continue the struggle to be rescued, you’d be surprised how delectable discarded carrion will appear. Grubs, lichen, crickets, ants, grasshoppers, termites and other creepy crawlies are loaded with nutrients, and does it really matter if it was you who bagged a rabbit with a slingshot or a passing car with a fender? Meat is meat.

Deer crossing signs, elk migration signs and a bevy of “watch for animals” signs dot the highways of America. Speed limits are reduced in areas where heavy animal sightings occur. In some areas, specially constructed bridges and tunnels keep wildlife away from the roads. Still, according to the U.S. Department of Transportation, it is estimated that there are nearly two million animal-vehicle collisions each year; that includes both wild and domesticated large animals. This figure does not include animals that are struck by a vehicle and die elsewhere, nor does it include small animals, such as rabbits, skunks, squirrels or household pets.

These are sad statistics indeed, but the meat from these encounters should not go to waste. Increasingly, roadkill, as it is famously called, is increasing in popularity as a source of fresh, quality meat. In fact, animal rights and animal ethics groups consider roadkill as the most ethical source of meat to consume.

Last year, California passed Bill 395, an experimental program that designates three areas in the state that have a high instance of animal-vehicle collisions for people to salvage the meat of certain animals recently killed by a vehicle—specifically, elk, deer, antelope and wild pig. It is the 29th state to do so in recent years, and more laws against salvaging roadkill are changing. See the full list of states at the bottom of this article.

For years, it was illegal to harvest roadkill in the fear that people would intentionally poach animals from behind the wheel, and for fear of being labeled a hayseed redneck. Times are changing. Environmental waste, health risks of conventionally sold meat and the horrors of “factory farming” have all helped push a reasonable alternative.

The laws are different in each state. For example, New Hampshire Fish and Game policy requires that any deer, moose or bear killed in a collision be offered to the person driving the vehicle. If they refuse, in some parts, they consult the “deer call” list and offer it to someone on that list. In Pennsylvania, the driver must notify the state Game Commission within 24 hours of the accident, while a great number of states require a roadkill salvage permit.

At the other end of the spectrum, in West Virginia, there’s even a roadkill cooking competition, where, in 2019, the People’s Choice Award was for “Fender Fried Fawn Smothered in Vulture Vomit.” Miss West Virginia Roadkill Queen handed out the awards.

Specific rules apply in different states, though. In some states, it is illegal to salvage a deer with missing/removed antlers, even if the accident caused their removal. In most, sale of the meat is prohibited, and in all, the entire carcass must be removed. Check the laws in your states first before breaking out the barbecue sauce.

This will likely be the only time we’d ever quote PETA on this website, but they say roadkill is “more humane in that animals killed on the road were not castrated, dehorned, or debeaked without anesthesia, did not suffer the trauma and misery of transportation in a crowded truck in all weather extremes, and did not hear the screams and smell the fear of the animals ahead of them on the slaughter line.”

Forgive our transgressions, but they make a point (for once). As well, roadkill is free of the antibiotics, hormones and growth stimulants found in factory-farmed meat. And many roadkill species—including elk, deer, boar and certain game birds—are very tasty. The meat from them sells for quite a bit when they are farm-raised, packaged and offered in stores.

Every year, about 700 moose are killed by cars in Alaska, and that leaves around 250,000 pounds of meat to rot on the highways. One moose means dinner for a year, and people in Alaska are quick to the scene of a moose hit, to haul away the carcass. For them, it saves thousands of dollars spent on shipping food, and the cold climate keeps the roadkill fresher longer.

It is the truest form of free-range food you’ll ever eat … if you find the right one.

Just where does someone find roadkill? Well, start with a road, but it isn’t that easy. Before you shovel a roadkill pizza into the trunk and think you’ve got supper all squared away, you have to consider the consequences of your food needs.

How long has the animal been dead? If you hit it yourself, that’s as fresh a piece of meat as you’ll ever find. Cooking roadkill within 12 hours of its demise is recommended, so it doesn’t spoil. Anyone with a basic understanding of food safety can grasp this concept. Hot, sunny days with roadkill baking on a blacktop saucepan will rapidly speed up this process. If you come across roadkill, it is a good idea to skip it, as you cannot accurately discern how long it has been there.

What is the condition of the animal? It is very uncommon to find a still-warm roadkill along the side of the road (that you just rolled up on). On most large mammals, rigor mortis will begin to appear two to six hours after death; it starts in the muscles of the jaw and neck and ends in the extremities after about six to 12 hours. This timeline depends on a lot of factors, including weather and conditions of death.

Give it the smell test. An animal that has gone south will tell you real quick via the sickly smell of decomposition. Check its eyes. If they are still clear, it is likely a fresh kill. Flies flitting around the carcass is a bad sign; fleas, on the other hand, won’t stick around on a dead body for long.

Of course, if you’re standing on the side of the road with an animal that has been annihilated by a Mack truck—its remains scattered across the two-lane road like the “Bloody Asphalt” driver training films of the 70s—it is obviously inedible. Tire tracks across its abdomen usually means ruptured stomach, bowels, bladder and/or intestines, which poisons the meat. The best thing to do is drag the carcass back into the forest and hand it over to the coyotes, vultures, bears and other wildlife and insects that feast on decomposing flesh. This will also keep additional animals off the roadway, so they can eat in peace at least.

Next Steps After Finding Your Meal

What next? Depending on the state you are in, you must notify the authorities, which means calling the local forest service, the state’s department of fish and game and/or the highway patrol (which will likely direct you to the appropriate officials). This is where the law comes into play. You may need a permit to salvage the remains, and most times that permit can be obtained after the fact (but within a certain time period of the discovery/accident).

If all the boxes are checked, grab a take-out box and scrape dinner off of the road. It’s a good idea to use gloves and wrap it in a tarp or plastic bag.

How to Cook Your Meat

Cooking roadkill is the same as cooking any other wild meat foraged from the bosom of Mother Nature. If you’re adept at skinning game and processing the meat from the remains, this should not be a problem. Treat the animal as you normally would if taken after a successful hunt. If you’ve never done this before, YouTube will be your salvation, as there are a multitude of videos on gutting a deer, for example, or preparing a squirrel for lunch. If you need something specific, check out Steven Rinella’s MeatEater Channel. He provides step-by-step instructions on skinning a squirrel via the tail method.

It is vital to cook the meat thoroughly, whether you boil, bake, braise or barbecue. Pathogens and parasites need to be killed off, and that can only happen if the meat reaches a specific temperature, which varies from meat to meat. That said, always cook roadkill to a “well done” status, just to be safe. Use a meat thermometer to make sure.

By eating roadkill you’re making the most of a terrible outcome from the animal’s perspective, as it likely died engaging in a situation it knew nothing about. By closing the circle of life, at least that deer or moose or squirrel will not have died in vain.

Do you still think eating roadkill is distasteful or taboo? Two things to consider: 1) If you are in a survival situation, nothing edible should be—literally—off the table. Your life is at stake; and 2) Remember that it was only around 200 years ago that only the lowest social class of people ate lobster, as it feeds off the wastes on the ocean floor. Now, ordering a two-pound lobster in a restaurant with tablecloths and three-tined forks will set you back a few dozen bucks.

Roadkill cuisine is headed along this same trajectory and will likely be on restaurant menus in the coming years, if not already! But for now, it’s what’s for dinner.

States Where You Can Legally Harvest Roadkill