EarthRoamer: The Super High-End RV Unlike Any Other

by John Higgs
in Lifestyle, Rides
0

Imagine the biggest, baddest pickup truck that Ford makes. Now remove the truck bed and replace it with a self-contained, high-tech luxury living space that makes the Space Shuttle look like a school bus. That is just the starting point for the Colorado-based EarthRoamer company.

The concept of a wheeled vehicle capable of traveling off-road for extended periods goes back at least as far as the horse-drawn Prairie Schooner wagons of the 19th century. Prairie Schooners were lighter, smaller versions of the famous Conestoga wagons that were used to carry goods and materials around the eastern United States. Moving beyond the bounds of civilization, Prairie Schooners carried settlers from the eastern states to the Wild West. There were no roads. The average speed on the Oregon Trail was 2 miles per hour. 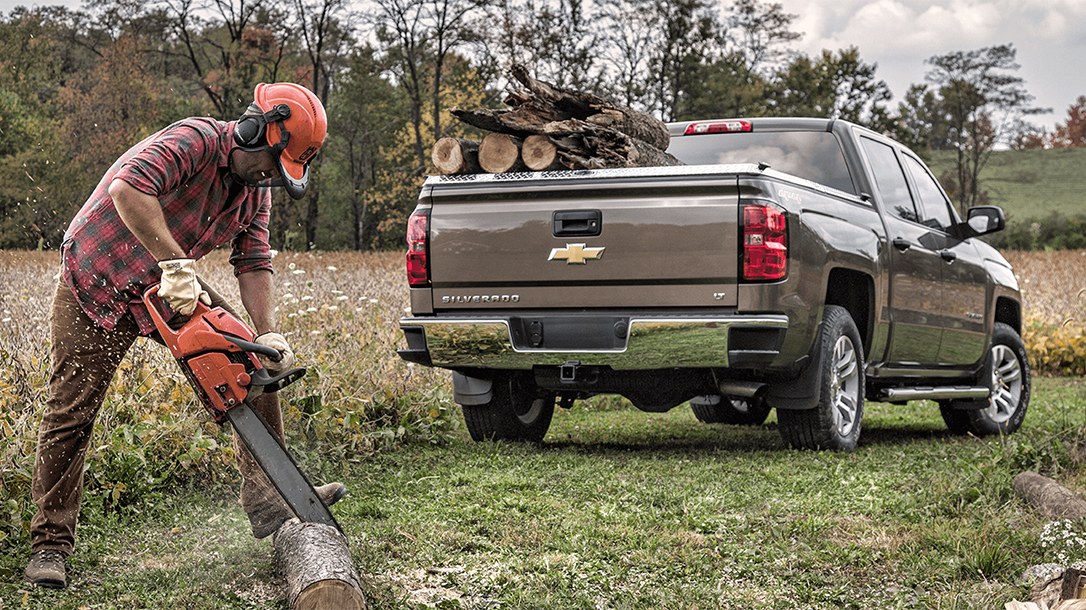 Truck Upgrades: Why You Should Add a Tonneau Cover to Your Trusty Ride

Today, interstate highways make transit much faster but limit travelers to a succession of motels and truck stops. Where’s the fun in that? What if you want to be outside and see interesting things in remote locations? And what if you don’t want to share that experience with the 40 other people who just pulled up in a tour bus? It would be nice if we could stop and camp almost anywhere. Our transportation should not only handle the challenges of driving in the backcountry, but actually make it comfortable, enabling us to enjoy the journey as much as the destination.

That’s where the EarthRoamer comes in. Imagine the biggest, baddest pickup truck that Ford makes. Now remove the truck bed and replace it with a self-contained, high-tech luxury living space that makes the Space Shuttle look like a school bus. That is just the starting point for the Colorado-based EarthRoamer company.

EarthRoamer founder and CEO Bill Swails started out working in his dad’s garage in Ohio. He later earned a degree in industrial engineering with a focus on developing more efficient systems. Swails wasn’t satisfied with other manufacturers’ camper layouts and equipment, so he decided to build his own. He began by asking himself a simple question: “If I built the absolute best vehicle possible with today’s technology, what would it be like?”

He had a vision of a vehicle that would be much more than a conventional recreational vehicle. A vehicle that could go where other RVs could not, in all kinds of weather. A vehicle that could reach otherwise inaccessible locations yet also be able to perform well on paved roads and interstate highways. The vehicle had to be self-sufficient and not rely on outside power sources, such as those found at RV parks.

It had to also provide all of the creature comforts, such as a refrigerator, a real bathroom and a proper, comfortable place to sleep. Every resource—water, fuel, electricity—had to be available in the largest amounts possible. Swails began designing a camper based on a Ford F-450 pickup in 2002 but quickly went to the F-550 model for the additional performance it offered drivers.

From 1998 to 2003, he worked on designing a camper interior from scratch. It needed to meet the needs of individual customers while using every inch of space to its greatest potential, creating a shelter that really works for sustained, heavy use. His first camper was very compact, with barely enough space to stand up. But the onboard systems worked well. His design ignored traditional RV protocols and focused on off-grid capabilities. Everything was intended to maximize performance, utilizing the most efficient appliances, storage solutions and power generation technology.

The first EarthRoamer drove out of the factory in 2003. It had some important features that are now present in all EarthRoamers. Large banks of solar cells expanded the electrical capacity, which allowed Swails to discard the generator. By adding highly efficient thermal insulation, the amount of energy required to heat and cool the interior is greatly reduced, thereby providing energy for other systems. There is no need for propane; instead, the systems use the same diesel that powers the engine. The basic chassis is modified and lengthened at the EarthRoamer factory to carry the extra weight of the camper body. In addition, Ford made major changes with the 6.7-liter motors. “It’s a great platform,” Swails commented. “Thank God we went with Ford!” 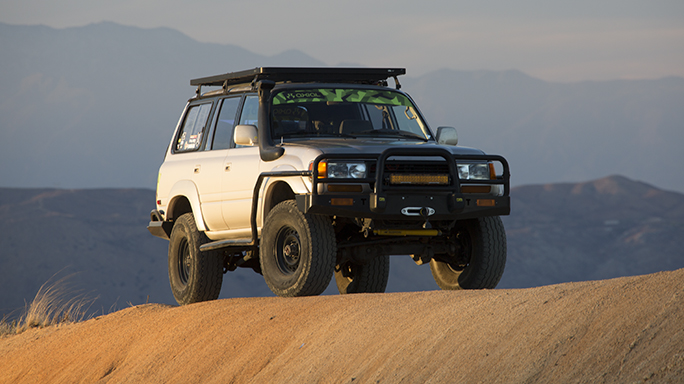 Remember your first apartment? Well, this ain’t it! The passenger compartment shell is constructed as a single piece. There are no seams between panels, so there is no chance of moisture finding its way inside. Coupes buy most EarthRoamers. Husbands typically focus on the outside of the EarthRoamer, but their wives tend to look at the inside. So the custom interior must be spectacular, not only aesthetically, but also from a practical perspective. There are five different modular floorplans, all semi-customizable. The plush cabin houses a king-sized bed, and the dining area benches convert into a second sleeping space with a queen-sized bed.

There is a real bathroom with an all-in-one hot shower, a flush commode and a wash basin. Outside the bathroom is a closet for clothes that is, of course, cedar lined. The shower and closet doors both open outward and fit together to form a privacy screen for the person in the shower to get dressed. Air conditioning is standard. A lot of attention has been given to the design and finish of the furniture to provide all the comforts of home. The result looks great, just like a comfortable, high-end show home.

The handcrafted custom interiors are tailored to the individual customer’s specifications. Top-of-the-line materials such as leather, tile, granite and stainless steel are incorporated with woods like maple and alder stained before installation. The cupboards, furniture and other fixtures, such as TVs, are designed and built to stand up to off-road travel while making good use of the available space.

Anyone who has driven a typical camper over rough terrain is probably familiar with the sound of cups and plates rattling. But the galley features a “quiet ride” system, so there is no noisy crockery; each of the supplied pieces has its own storage place. And for those roamers who need a caffeine fix in the morning, an espresso machine is also available.

Another nice feature is the convenient location of the master electrical panel. There is no need to crawl around under the truck to replace a fuse like you do on some RVs; they are housed on the driver side above the dining area. Also unlike some other campers, the Ford truck cabin is cut away at the rear to allow passengers easy access between the truck and the EarthRoamer module without having to step outside.

The vehicle alone weighs 18,500 pounds with full fuel tanks. A full complement of passengers and supplies adds another 1,500 pounds. Early in the EarthRoamer’s development it became clear that standard tires could not handle the load, so the company quickly moved to heavy-duty tires and beefed up the suspension. A spare wheel is carried on the outside of the rear wall of the camper body, where it is easily accessible without taking up useful space elsewhere. The Ford truck itself receives some customization such as a heavy-duty custom front bumper with an LED light bar and a powerful winch for those off-roading “uh oh!” moments.

Research and development is an ongoing process. Since the first EarthRoamer was built, the solar capacity has almost doubled from around 500 watts to more than 1,200 watts per square foot of space today. This has some major advantages beyond the obvious. The early trucks used diesel fuel for cooking in the galley. The stove took time to heat up and, most importantly, remained hot for a long time after it was turned off. This was a potential safety hazard, so galleys are now fitted with induction stoves that cool down in a fraction of the time. This also helps keep interior temperatures down.

Ford has been very helpful with the development of the EarthRoamer. In fact, the company donated the first truck in 2003, and the two companies continue to have an excellent relationship to this day. Currently, the XV-LTS line is back-ordered six to nine months, and the F-750-based XV-HD is backordered through 2018. However, there is a small but thriving market in used EarthRoamers. Like any other vehicle, some customers simply like to trade out their camper for a new one every few years. Others like to bring their vehicles back to the factory for an upgrade from time to time. For example, the new exterior awnings require no support poles.

The entire EarthRoamer facility is located in an industrial park in Dacono, Colo. Just like the vehicles themselves, there is no wasted space on the shop floor. EarthRoamer gave photographer Dan Henderson and I free rein to prowl around the workshop and chat with the employees. Unlike some large corporate facilities that I’ve visited, EarthRoamer doesn’t seem to have much in terms of mid-level management. All of the people who do the fabrication and fitting seem highly motivated to get it done—and done right. The results are very impressive.

With these two models, the Ford-built, second-generation, 6.7-liter Power Stroke V8 turbo diesel engine transfers 330 horsepower and 750 foot-pounds of torque to all four wheels via the TorqShift six-speed SelectShift automatic transmission. This package delivers reliable and efficient load carrying and towing. The XV-HD has the same high-quality construction and features as the more compact XV-LTS model, but the heavy-duty Ford F-750 4WD chassis provides more space and amenities.