0
SHARES
1
VIEWS
Share on FacebookShare on Twitter
This is Part 6 in our “Front Lines” series with Dr. Will Dabbs. Before reading on about Will’s real COVID-19 facts, be sure to check out the other parts in the series. 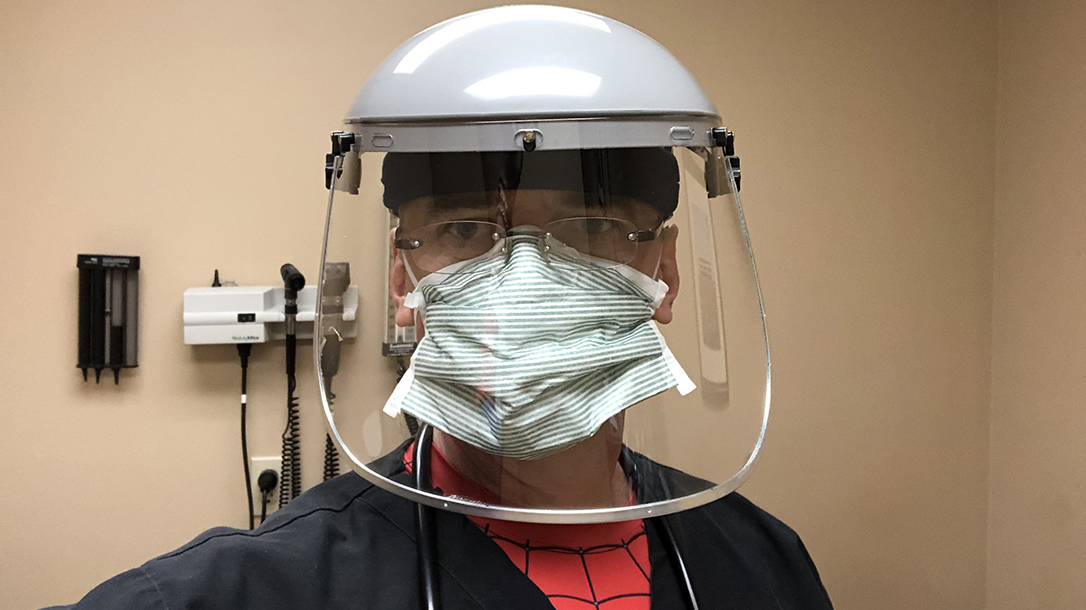 Dr. Dabbs: Quit Smoking and Why COVID-19 Will Change Everything

The Internet has undoubtedly helped maintain everybody’s sanity throughout all this. However, the information superhighway gives everybody with a keyboard their own voice. In case you hadn’t noticed, a fair percentage of the other folks in the world are crazy. Thank goodness that’s not you and me.

Amidst politicians with agendas, lunatics with laptops, and news outlets way more fixated on clicks than candor, it can be tough to fractionate the facts from the fluff. However, now this deep into the pandemic, I have drawn a few first-person conclusions. Your mileage may vary, but these opinions are mine.

Yes, the government lied when they originally told us that masks were unnecessary. However, the moment somebody said masks actually helped there were no more masks. A month ago we desperately needed those things in places like New Orleans and New York. We still do. I understand why they did it.

Symptomatic or no, if you have this disease then a cloth mask substantially reduces the density of infectious viral particles you spew out. However, it only really works if we pretty much all do it. In my neck of the woods, the maskless outnumber the masked by a factor of about 10. We need to do better.

I don’t trust my government. I also don’t trust other people’s governments. However, I really don’t trust that WHO guy. I still can’t see where testing is the center of gravity here.

I’ve read estimates ranging up to 15 percent for the number of false negative results for the COVID tests we are currently using. A troubling number of folks coming into my clinic have fairly definitive symptomatology, but negative testing; that means the test might give somebody Facebook bragging rights, but it doesn’t much impact clinical decision-making. If you have symptoms, you need to isolate.

The IgG antibody blood tests are even murkier. The only accuracy claims come from the companies that make the tests. The test can also be positive in the case of coronavirus strains other than SARS-CoV-2. Most importantly, however, we have no idea whether a previously resolved infection offers any substantive immunity. That’s what we all want. However, I want to wake up tomorrow rich and handsome as well. I’m not holding my breath.

The bottom line is that we currently lack the means to definitively identify this disease. We also cannot reliably predict whether or not somebody can become immune to it. We are playing the odds and hoping, but we need to be realistic. I’m not sure testing is all it’s cracked up to be.

As much as I respect Avi Shiffman’s marvelous COVID tracker, those mesmerizing numbers are utterly meaningless. We Americans don’t have the largest numbers in the world because we suck at fighting this thing. We have such astronomical numbers because we are fat and we have the capacity to test, track, and report more accurately. If it weren’t for cigarettes, alcohol, STDs, and gluttony, I’d have to become a plumber. Does anybody really believe that we are worse at managing this thing than Azerbaijan or Kazakhstan?

The number of positive tests is always the denominator in any population-wide percentage. Death rates just don’t mean a whole lot if the denominators are spurious. Take all these numbers with a huge grain of salt.

The absolute death toll is a better indicator, but it is still not reliable. Young, healthy folks do not typically run fever and then fall over dead a few days later, yet I have seen that in patients with negative COVID tests. Some dead folks are invariably not getting counted.

The amazing thing is how fortunate we have been. The 1918 Spanish Flu killed 50 million people. Imagine Avi’s people counter registering those kinds of numbers. The current Case Fatality Rate seems to be hovering around 2.3 percent. Once again, that depends entirely upon the innately unknowable denominator. However, the Ebola outbreak in the Democratic Republic of the Congo in 2002 had a 90 percent CFR; that means for every 10 people who got that disease, only one survived. As a species, we have still been really, really lucky.

It took two years for the 1918 Spanish Flu to burn itself out without drugs or vaccines. During that time the average life expectancy in the U.S. dropped 12 years. I want this thing to go away worse than most, but we need to face it with our eyes open.

Everybody I have seen who caught this disease acquired it indoors in a crowd. Admittedly my sample size is a drop in the bucket compared to my comrades struggling to survive the hemoclysm in New York. However, it seems to me that we are fairly safe outside in a stiff breeze.

Down here in Mississippi we seem to be doing fairly well. Perhaps iced tea, pretty girls, ubiquitous firearms, and a congenitally affable demeanor offer some protective effect. More likely it is just that we have plenty of space to spread out.

Let’s face facts. There’s not going to be a vaccine that makes this thing go away any time soon. It’s also going to be tough to keep seeing patients in their cars when it is 105 degrees out. Lastly, we really have to go back to work. Masks, social distancing, and living defensively will mitigate things to a degree, but we still need to strap in and hang on. This never was a political problem; it is a humanity problem. For now, wear your mask, mind your distances, and enjoy a little sunshine.