0
SHARES
6
VIEWS
Share on FacebookShare on Twitter
This is Part 7 in our “Front Lines” series with Dr. Will Dabbs. Before reading on about COVID-19 in kids and not fighting amongst ourselves, be sure to check out the other parts in the series. 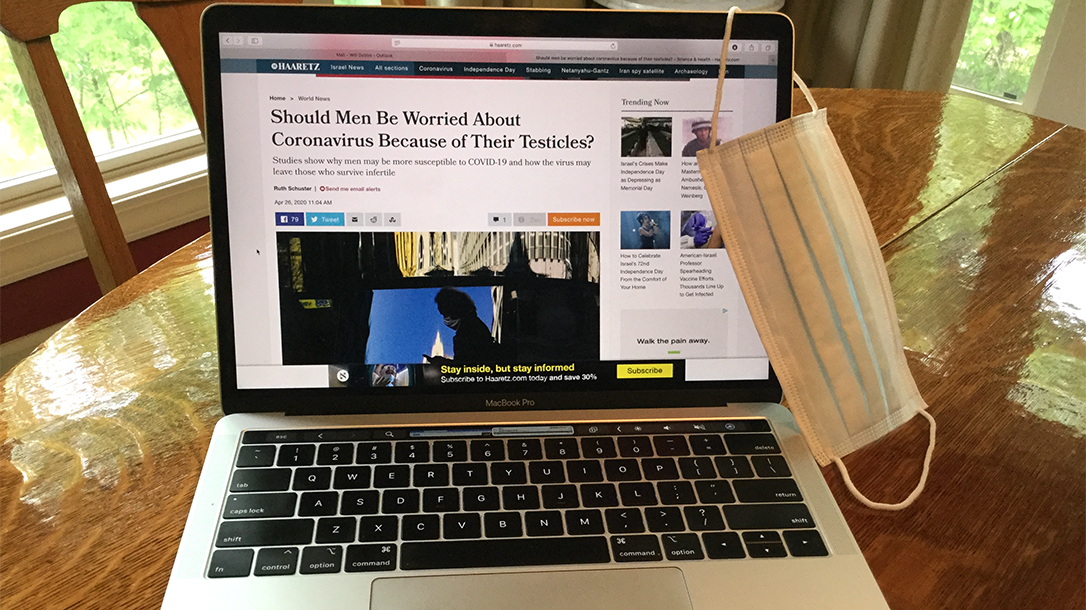 It’s been about two months since the COVID monster arrived in my neighborhood. During that time so much has changed about life in America. For the most part folks have pulled together to make things better. For those who haven’t, well, you’ll have to live with that.

COVID-19 and the Kids

Thank the Good Lord this thing spares children. The Spanish flu in 1918 had a voracious appetite for kids. In total, 99 percent of the Spanish flu deaths in America were in patients younger than 65. Oddly, the absolute most vulnerable demographic a century ago was pregnant women. Of those few who survived, one quarter lost their babies. Today’s monster is, amazingly, a somewhat kinder, gentler sort of beast.

The end result of COVID-19 is that, in my little world at least, all the kids are gone. Pediatrics used to make up perhaps a quarter of my day. I do so miss making balloon animals and transforming terrified kids into buddies. In the past month I have seen exactly three children. While that’s perhaps a bit disappointing to me personally, I am professionally thrilled. That means that in general our kids are not getting scary sick from COVID-19. Thank the Lord for the little things.

COVID-19 is rewriting the book on respiratory disease. Much of what we once viewed as dogmatic regarding the management of viral pneumonia is being shaken to its core. Stuff we used to do that worked nowadays doesn’t. Symptoms that previously reliably indicated underlying issues are not so reliable any more. As a medical community we need to be agile and willing to unlearn some stuff. Researchers, clinicians, politicians, and historians will be studying this thing for generations.

Much of what I do professionally involves calming down the human immune response. From managing a splash of poison ivy to battling life-threatening sepsis, it is frequently your body’s overzealous response to exogenous insults that often foments the most mischief. Corticosteroids are some of our most powerful tools to that end, yet I’m told steroids seem to inexplicably make COVID symptoms worse. However, much of modern medicine is still akin to performing brain surgery with a jackhammer. It’s an ever-evolving science, and SARS-CoV-2 is an undeniably sneaky rascal.

We finally got serious about wearing masks down here in my sleepy little southern town. The mayor’s threat of a $1,000 fine to business owners who granted access to unmasked individuals went a long ways toward that end. Not sure where the constitutional basis is for that, but we pretty much castrated the U.S. Constitution long before COVID-19; that’s an issue that will have to be resolved eventually. I sure hope said resolution doesn’t devolve into gunfire. As a nation we have had some unpleasant experiences with stuff like that in the past.

A good rule of thumb is that if your mask is not driving you absolutely crazy, then it isn’t helping you much. As we have discussed before, a cloth mask helps other people should you be a carrier of this disease. It really doesn’t do a whole lot for the wearer. Like vaccines, we’re striving for the good of the population, not necessarily the individual. Preventing individuals from getting sick is just a pleasant byproduct of the overall social engineering.

If you really want to craft something that will protect you, the mask needs some proper filter material, and it must seal tightly against your face. Coffee filters, dissected vacuum cleaner bags, and similar stuff can be incorporated into your contrivance. Google is your buddy for the details.

Sealing the thing against your face is really the bigger challenge. The most entertaining solution I have seen thus far involves cutting a hoop of panty hose and sliding it over your head to press the mask close to your face. The mental image of the Pittsburgh Steelers’ offensive line wandering about with repurposed women’s undergarments stretched around their heads is indeed adequate to conjure a chuckle. Some of the “real men” I know would likely sooner just die.

Who’d have thought that our response to a global health crisis might fractionate along political lines, yet here we are. In general red states want to go back to work disease be darned, while blue states want to keep their citizens incarcerated until the sun burns out. Both sides treat the other like they were puppy-murdering baby kickers.

Much of this misplaced vitriol stems from a poor understanding of the way this disease behaves. I really don’t see much harm in strolling about the beach with a decent breeze in your face. However, let a bunch of folks share atmosphere in a poorly ventilated room and we are doomed. Alas, some overzealous misguided government functionary tries to fine folks for attending worship services inside their cars, and civility and trust are the very first casualties. Lord help us.

We always want a villain when something bad happens, but for Heaven’s sake, this is a disease. There was a veterans’ home in Massachusetts that lost more than 70 residents to COVID-19. Dozens of staff got sick. Trial attorneys are salivating at the prospects. What exactly do you expect?

Places like that operate on tight budgets and are short-staffed even when it isn’t the zombie apocalypse. Now have half the workforce on mandatory 14-day quarantine and the other half justifiably fearing for their lives, and the level of care will suffer. I didn’t see volunteers queued up outside the place to crawl into their PPE and help shoulder the load, just a bunch of folks self-isolating at home and pontificating about what a bad job they were doing.

We’ve got this thing on the ground, and our knee is in its chest. However, like the great serpent it is, SARS-CoV-2 will not easily retire. For now, how about we stop shooting at each other and train our weapons solely on the enemy? He can’t wait for us to give him a break.