Dr. Dabbs: Why the American Spirit Will Ultimately Conquer COVID-19

0
SHARES
1
VIEWS
Share on FacebookShare on Twitter
This is Part IV in our “Front Lines” series with Dr. Will Dabbs. Be sure to check out Part I “What’s It’s Really Like on the Front Lines Fighting COVID-19,” Part II “One Week Into COVID-19 and the Wretched N95 Face Mask,” and Part III “Drive-Thru Doctor: Dr. Dabbs on Evolving Health Care During COVID-19” before reading on about the American spirit.

It’s easy to get discouraged these days. Routine stuff at the clinic has fallen way off, while the scary sort has taken its place. The days spent cocooned in protective gear trotting out to practice medicine in the parking lot seem markedly longer than the previous sort not so encumbered. I look back with fondness upon such pedestrian stuff as eating out, going to movies, shaking hands at church, and doing my job without an N95 mask, gloves, and goggles. We did so take it all for granted. 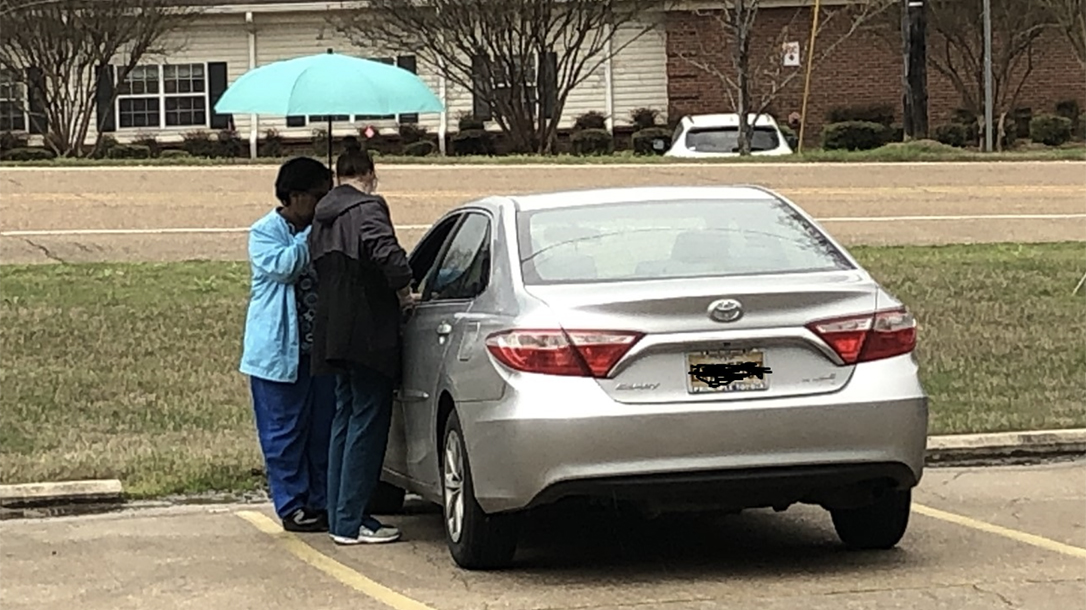 A Case of American Spirit

As Americans, we’re no strangers to adversity. We successfully endured one of the most acrimonious civil wars in all of human history. We forcibly imposed freedom upon both the Imperial Japanese and the Nazis at the same time. And we came through the Civil Rights era markedly better for the effort and even survived four long years of Jimmy Carter in the White House. We will indeed prevail against COVID-19. Interested in how I know that? It’s a lot of little things.

Nowadays I frequently fill prescriptions for routine medicines over the phone. We would have previously done that in person. Folks almost invariably end the conversation with a heartfelt, “We’re praying for you all down there at the clinic.”

It’s the goody box from Home Depot that showed up at the back door filled with Tyvek suits and respirators. It’s the half dozen folks who have discreetly dropped off masks that they found tucked away in workshops or medicine cabinets. Then there’s the sweet lady who showed up with half a box of rubber gloves because she figured we needed them more than she did. It’s the big shipping envelope that arrived from strangers in Kentucky filled with beautiful handmade cotton masks to go over our high-mileage N95s. It’s the encouraging words I get from total strangers every time I’m caught out someplace after work in my scrubs.

Also, it’s the care package filled with cookies and precious notes of encouragement from the local Girl Scout troop. The Girl Scout cookie I ate at work today had the word “courage” imprinted in the top. A little girl sent me that. It honestly brought tears to my eyes.

I reside in rural Mississippi. I have a friend who lives in New York City down the street from the NYU Medical Center. For an unwashed Philistine like me, New York is a bit like Budapest or perhaps the moon. However, my buddy tells me every evening at shift change folks come to their windows and shout support for the medical staff as they trudge home after a long day in the combat zone. An acquaintance in England says they call it “Clapping for Carers” on their side of the pond. I suspect the same thing is happening in Milan, Seoul, Pretoria, and Bonn.

Yes, it’s bad. There’s no denying it. Yes, there is a rampaging disease that kills one in every 30 people it touches. Yes, COVID-19 is easier to catch than a crappy attitude at the DMV. And yes, our economy is in a death spiral.

But our economy flat-out died in 1929, and we came back from that. The Spanish Flu killed 5 percent of the world’s population in 1918 and yet somehow we overcame. As a species we survived the Holocaust, institutional racism, the Black Death, and New Coke. Despite their best efforts, al Qaeda, Obamacare, and disco haven’t yet killed us. We’re gonna’ be all right.

So let’s anthropomorphize for a moment; that means we apply human characteristics to an inhuman thing. SARS-CoV-2 is a virus. As such, it’s not even technically alive. Think of it like some weird microscopic parasitic seed. SARS-CoV-2 doesn’t think or reason. If it kills you in the process of replicating itself, SARS-CoV-2 really doesn’t care. It’s already gotten what it wants. It’s like a tiny little microscopic rapist.

Hate is not really much in vogue these days. I’m told that hating people, even the exceptionally bad ones, is just not cool any more. However, trust me, you can hate this thing with a clear conscience and still sleep well at night.

We humans have mobilized the planet against this vile common enemy. The politicians still can’t think beyond their own self-serving congressional investigations, but we normal folk are all in. There’s even a cease fire percolating in Yemen. If those lunatics can stop killing each other long enough to band together against COVID-19, maybe there really is hope for us all.

It’s not the politicians who will save us. It’s not the talking heads or the government programs. Hell, it’s not even the well-intentioned immunologists toiling day and night as though the fate of the world rides on their shoulders.

It’s the sweet ladies who made those masks. It’s the guy with kids who dropped off the N95s he found in his toolbox because he felt somebody else might need it more than he did. And yes, it’s all those prayers acknowledging who’s really driving this train anyway.

So I have a message for “The Rona”; that’s what the kids call coronavirus. You think you’re bad because you’re killing 3 percent of the folks you touch? The Nazis were worlds worse, and we kicked their ever-loving teeth in. That the best you got? Bring it, baby. We’ve got the freaking Girl Scouts, and humanity is coming for you.

Then we’re going to go out to eat, go see movies in the theater, rub shoulders on the subway, love people, disagree about stuff, and sing together in church just like we used to. Those sweet ladies who made those beautiful masks, the Girl Scouts with those awesome cookies, and all those precious praying people told me that.