by Tim Anderson
in Accessories, Gear
0

A barrel is essentially a steel cylinder with the bore drilled out. It’s as simple as that. For typical handguns (with their short barrels), there isn’t that much more to it. But with rifles, for which the barrel is often the largest and heaviest component, the overall shape of the barrel can take many different forms. This is generally referred to as barrel contours or profiles.

As a baseline, consider a barrel with no exterior material removed, known as a bull barrel. Here, the outer diameter is constant along its length. Naturally, as a perfect cylinder, this is the heaviest profile, though the diameter can vary from large to small (typically referred to as heavy, medium and light). 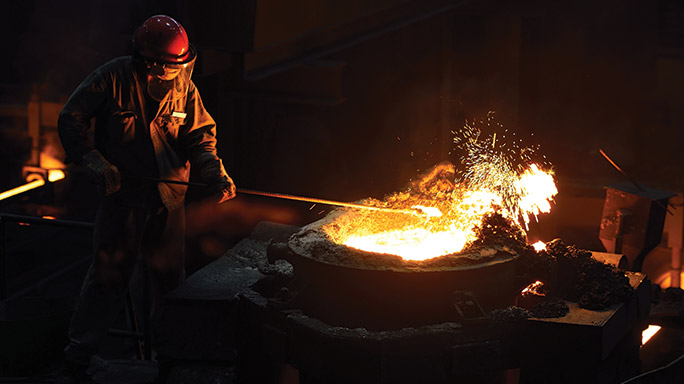 At the cost of weight, bull barrels do provide some benefits. With all that steel and surface area, they take longer to heat up. This helps maintain accuracy under sustained fire and prolonging their useful life.

Their rigidity also helps prevent deflection, whether from a sling or pressure on the handguard (if not free floated) or from the addition of a suppressor. While it can be unpleasant to carry the damn thing and potentially awkwardly front-heavy, a heavier barrel equals a heavier weapon. A heavier weapon is generally steadier while shooting and helps mitigate recoil impulse.

Of course, you could also simply select a shorter barrel. This reduces weight and can actually increase stiffness of the barrel, potentially helping with accuracy but at the cost of a loss of muzzle velocity. And if you plan to shoot longer distances, you’ll appreciate a higher velocity.

Metal can be removed in various ways from this perfect cylinder, thus also lightening the barrel. It can be tapered, where the diameter at the breech end is greater than at the muzzle — with everything from a linear taper to various other profiles, limited only by the manufacturer’s imagination. It doesn’t make much sense for barrels to be tapered in the other direction, since pressures are greatest in the chamber and decrease as the bullet travels down the bore. Not to mention that it would make the rifle imbalanced all together.

Yet, there are lots of AR-15 barrels that have profiles mimicking military configurations, such as the ubiquitous M4 profiles that have thinner diameters under the handguards and thicker in front of the gas block, along with a cutout to mount an M203 grenade launcher.

Eric Kincel, Director of R&D for Bravo Company USA, Inc., explains, “The original AR-15 and early M16 barrel profiles were never like that. But with the adoption of the M16A2, the mass at the front of the barrel was added for one reason and one reason only — the barrels were bending when soldiers were prying crates open with the muzzle end of the barrel. Seriously.”

Tapering is a time-worn method of reducing the weight and improving a rifle’s balance and handling. While less weight is always a bonus when carrying a rifle, there are tradeoffs in heat dissipation and barrel rigidity. It’s a delicate balance to maintain. This is why matching barrel contours and treatments to your rifle’s intended use is key.

Fluting and Other Treatments

Material can also be removed in other ways, leaving the overall diameter constant but relieving metal in other patterns. With advancements in machining tools, more and more complex patterns are possible. Everything from fluting, which is longitudinal grooves (either straight, spiral or radial), to other geometric patterns (such as dimples, hexagonal honeycombs, etc.) are possible.

These sort of treatments are intended to shave some weight. They also maintain greater outer diameter and provide quicker cooling of the barrel during sustained fire, since more surface area of the barrel is exposed. And since beauty is in the eye of the beholder, they can look pretty damn cool as well, while still serving as an attractive host for your suppressor.

Let’s look at two identical barrels. If you flute one of them, the fluted one will not be as stiff as the non-fluted barrel. In theory, you can increase a barrel’s diameter enough to offset what you lose in stiffness from adding fluting. However, the simple rule is that no fluting means a stiffer barrel.

For complete rifles (or complete uppers), manufacturers tend to offer barrel contours that match the intended purpose of the weapon — from hunting rifles with relatively lightweight tapered barrels to target rifles meant for a benchrest with bull barrels to general-purpose ARs with medium-weight barrel contours.

Barrel makers are churning out custom, semi-custom and prepackaged offerings with a wide variety of profiles and contours. For those spec’ing out a build, whether bolt gun, gas gun or otherwise, virtually anything you desire can be done … with judicious application of cash or credit.

We’ve never had so many options as we do right now. So as always, choose what best matches your intended use, and enjoy!

Barrel Contours: Tale of the Tape

To demonstrate a variety of options, we obtained four identical standard 16-inch mid-length gas system barrels with government profiles (and 0.750-inch gas block) from Bravo Company USA. We sent three of them to Adco Firearms to be dimpled, fluted and turned down to a lightweight contour.

Dimpling is harder to apply, hence the price premium. It also results in less weight loss. So we dare say one would need to really like the aesthetics to make this choice.

It’s not uncommon to see a fluted process, and this provides a nice balance of characteristics.

The lightweight contour removes the most material, winning the “Biggest Loser” competition here with its anorexic pencil profile.

The pricing listed in the chart in the gallery above encompasses Adco’s gunsmithing fees plus parkerizing (shipping not included). Note that the stripped standard barrel retails for $310. Dave O’Malley with Adco suggests fluting or dimpling for those who want to use a suppressor or crank out high rates of fire. But he advises that “none of these services are ‘needed’ and fall into the ‘want’ category.”