What does a Tulsa police officer who retires early to pursue a pro shooting career do in her spare time? If you’re Dianna Muller, a top 3-Gun shooter and captain of Team Benelli, you create an organization that is making a difference in the ongoing battle to save the Second Amendment. 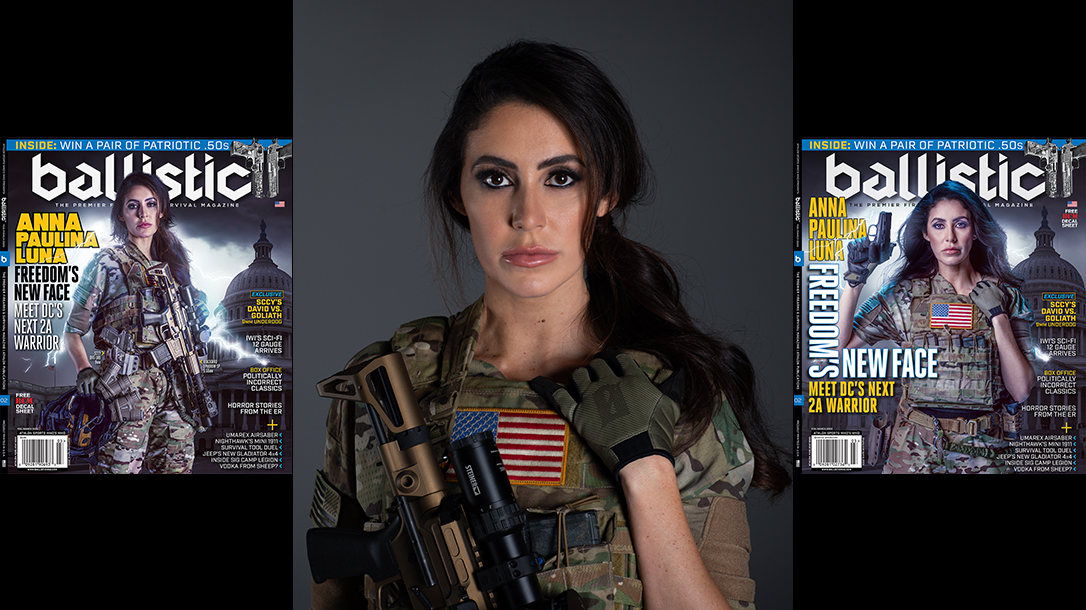 Dianna is founder of the D.C. Project. It’s a group of women from all 50 states who travel once a year to Washington, D.C. There, they talk to their legislators about guns, gun owners, and the safe use of guns in American society.

When not competing around the country, Dianna, whose EDC gun is a Smith & Wesson M&P9 Shield, is rallying the troops for her annual event. Unlike many pro-gun groups, the D.C. Project’s goal is education, not legislation. That involves the women visiting with their lawmakers. They also educate them on Second Amendment issues and invite them to the range to really learn about the guns and gun owners their votes affect so greatly.

Did I mention that Dianna can shoot circles around most 3-Gun competitors? With her Benelli M2 shotgun, Nemo Arms AR-15, and Hayes Custom 2011 pistol, Dianna is a force to be reckoned with any time she toes the firing line.

Still, her dedication to the Second Amendment has her putting more time into the D.C. Project than she spends at the range nowadays. The project has now expanded to the state level. The group also recruits women from each legislative district in every state to begin visits with lawmakers tailored after the national model.

Despite the hard work, Dianna manages to stay in the spotlight. Then there was the time actress Alyssa Milano complained about rising gun sales with the over-the-top statement, “The weapons that people are buying today could end up being used in households, schools, churches, bars and on our streets in the future.”

Dianna quickly countered with her own statement. She said: “Alyssa, if I could ever get to you, I would invite you to the range and I would offer you the education that you’re missing. We are the gun-safety advocates. We are the experts. Come to us.”

On the heels of the 100th anniversary of women’s suffrage, Dianna encourages women to know where their candidates stand on the Second Amendment.

“The pandemic, the riots and the defund the police movement are making people realize that the security of their family rests solely on them and they are buying guns,” she said. “Don’t vote for people who promise to make it more difficult for you to protect your family.”

This article is from the Oct/Nov 2020 issue of Ballistic Magazine. Subscribe today at OutdoorGroupStore.com.