“This, is my BOOMSTICK!” — famous lines from “Evil Dead” protagonist Ash Williams. With his 12-gauge, double-barrel Remington shotgun, Ash is the epitome of an on-screen badass. He kills a few Deadites and then slides his boomstick into his well-known shotgun scabbard, which hangs behind him. And now, thanks to the all-new DeSantis Kurz Shotgun Case, you can replicate Ash’s look. 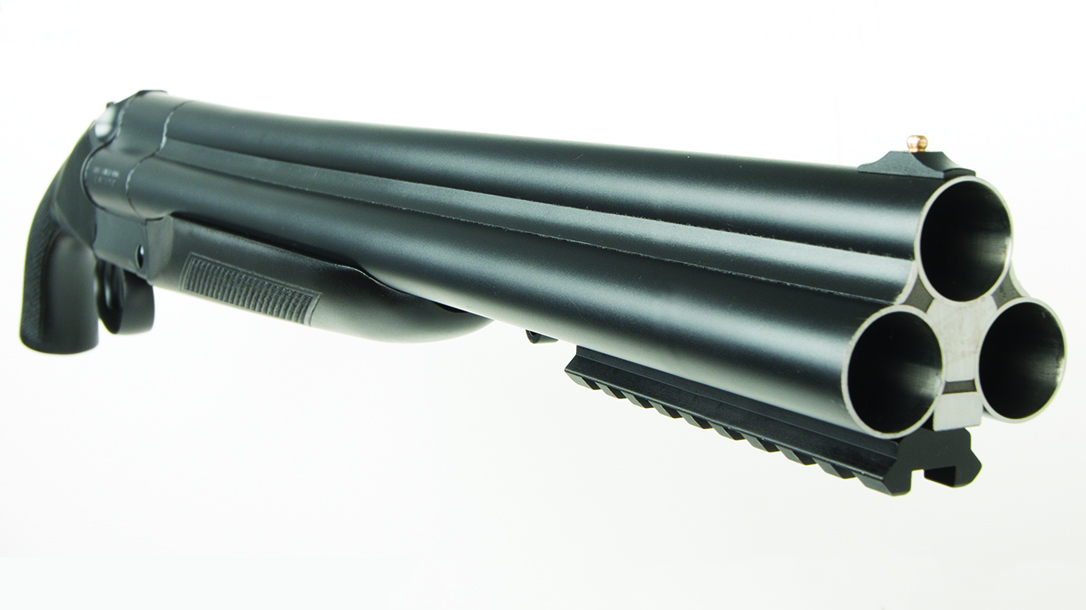 No, DeSantis didn’t create the Kurz because of the “Evil Dead” films, but it sure doesn’t hurt that Ash wore a similar scabbard. Either way, it’s … groovy.

The Kurz Case is a new take on the traditional shotgun scabbard. Designed around the popular 14-inch pump action firearms in 12, 20, .410 gauge, the Kurz allows easy and safe transport of your gun and shells. Crafted from premium center cut cowhide and trimmed in full grain saddle leather, the Kurz sports an ambidextrously configurable non-slip shoulder strap. It also features a removable gauge specific ammunition carrier. Additional carriers in various gauges are sold separately.

And there you have it. Are there Deadites roaming your neighborhood? Grab your boomstick and the Kurz Case and go to work. If you’re unfamiliar with Ash, not sure what you’ve been doing with your life. Watch the clip below to get a better idea of what you’ve been missing.

MSRP on the Kurz is $89.99. For more information, please visit DeSantisHolster.com.