For those interested in winning this custom James Bond-inspired Walther PPK, scroll to the bottom of this post. But keep reading if you want the story behind it.

James Bond has been a cultural icon for nearly six decades. The 007 Secret Agent has been played by many actors, but for most, Sir Sean Connery is the definitive Bond. The Scottish actor, who passed away last year at the age of 90, was the first to play the role in “Dr. No” when the franchise launched in 1962. 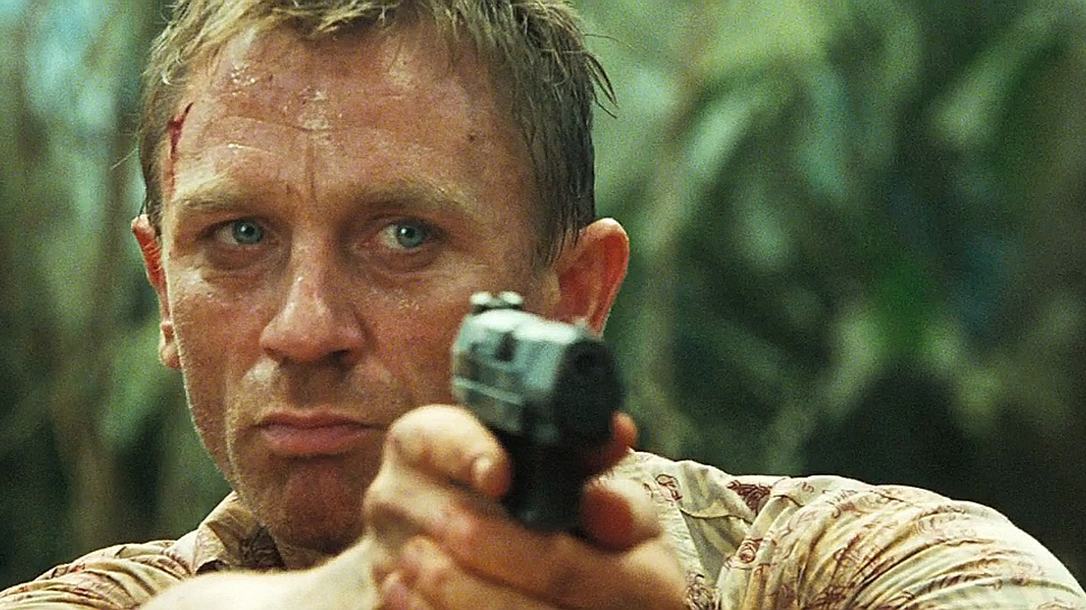 Based on the books by Ian Fleming, the iconography and cultural impact the film series created is vast: The cars, the girls, the martinis! But all that flirting, fighting and fast driving would be meaningless if the man who was licensed to kill didn’t have a proper firearm. Enter the Walther PPK.

Interestingly, throughout the first six books Bond carried a Beretta 418 in .25 ACP; that’s the same pistol that the author Fleming carried while serving in Naval Intelligence in World War II. However, after receiving multiple letters from fan and firearms expert Geoffrey Boothroyd, Fleming decided to change the character’s weapon to the PPK. Boothroyd thought the secret agent needed a larger caliber, and the .32 ACP Walther was the right choice as it was designed for undercover detectives and widely available across the globe.

I know what you are thinking, “Hey Ballistic, this is all cool but we didn’t come here for a film history lesson.” Fair enough.

All that said, it wasn’t hard for us to come up with a pistol model for this issue’s giveaway. Nor was it difficult for us to choose the custom shop that would be responsible for turning this iconic handgun into art that would play well on our 007-esque magazine cover images.

Outlaw Ordnance is no newcomer to the pages of Ballistic Magazine. We’ve featured Outlaw’s amazing work multiple times in recent issues. Do yourself a favor and check out the Trump Tommy Gun from the April/May 2020 issue.

The process of digitally laying out this artwork is time consuming. It’s also where the designers at Outlaw set themselves apart. To start, the design team comes together to decide on a theme. Once they determine the overall direction, the designers start creating the graphics. Then they send the graphics to the machining department. Once there, CNC and fiber lasers burn the design into the steel before Cerakoting.

This one-of-a-kind PPK is a tribute to Connery as Bond from 1962 to 1971. It excludes a forgettable performance by George Lasenby “On Her Majesty’s Secret Service” in 1969. Upon completion of that film, Lasenby’s agent advised him that the Bond franchise would not continue to be a successful going into the 70s due to the hippie movement. Oops.

The pistol features iconic imagery from “Dr. No,” “From Russia with Love,” “Goldfinger,” “Thunderball,” “You Only Live Twice,” “Diamonds Are Forever” and “Never Say Never Again,” which was not shot by franchise creator Eon Productions and based on the previously released 1965 “Thunderball.“

Meanwhile, the custom grip panels expand the engravable real estate; they give us even more Bond goodness with two classic 007 Sean Connery portraits.

This amazing tribute Walther PPK from Outlaw Ordnance is truly a piece of art and would easily find a place in any fan’s collection. But, it must be displayed prominently because this pistol is definitely not “For Your Eyes Only” ...

Want a crack at winning this beauty? Fix yourself a classic Bond martini and fill out the form below. To see more work from the remarkable crew at Outlaw Ordnance or order a custom piece for yourself, visit outlawordnance.com. Also, be sure to grab a copy of the February/March 2021 issue of Ballistic Magazine at OutdoorGroupStore.com.