On Dec. 10, 2017, around midnight, this video was recorded from my hunting partner’s and my points of view while coyote hunting. We were both using Trijicon MK III 60mm thermal optics mounted on Beast Master Hunting rifles.

What you see is simultaneously recorded footage through our optics, edited on a split screen. The predator call you hear in the background is a FOXPRO Shockwave.

This particular ranch in Texas has a major issue with coyotes. The land owner contacted me to help remove as many coyotes from the property as we could. We hunted most of the night and shot more than a dozen coyotes, but this set was the highlight of the night. 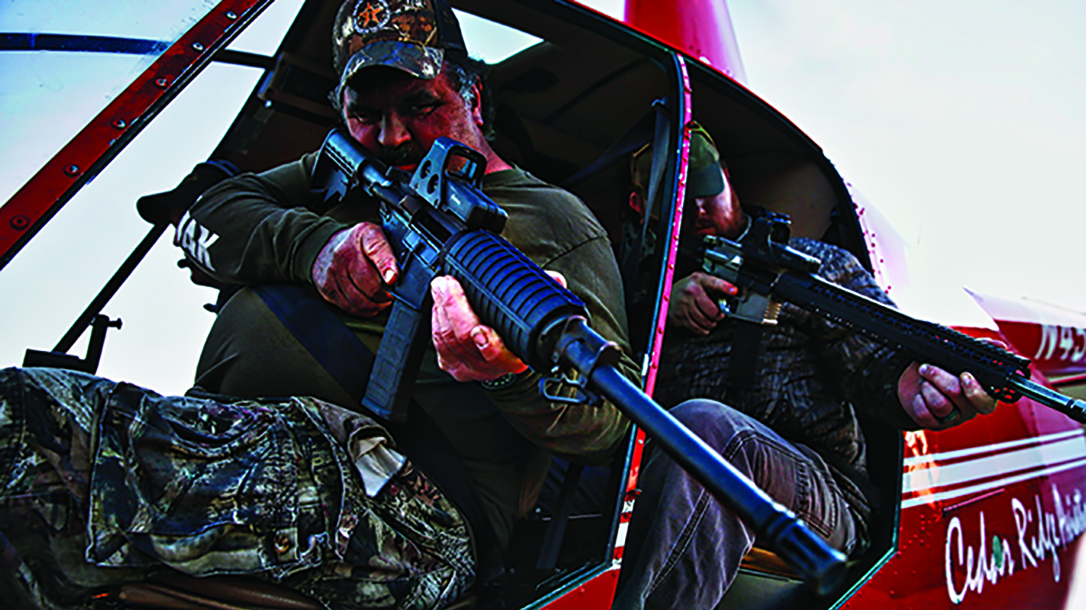 After only about four minutes of calling, these two coyotes busted the brush looking hungry. Lucky for us, they came in on the same line and had no inclination that we were waiting.

The front coyote paused as if he knew something wasn’t right, but it was too late. The countdown began, 1, 2, BANG! A perfectly executed pair of headshots.