This video was recorded through my Trijicon MKIII 60mm thermal optic, which was mounted to my 6.5 Creedmoor Beast Master Hunting Rifle. The sound you hear in the background is a Foxpro Shockwave mixed with me “lip squeaking.” 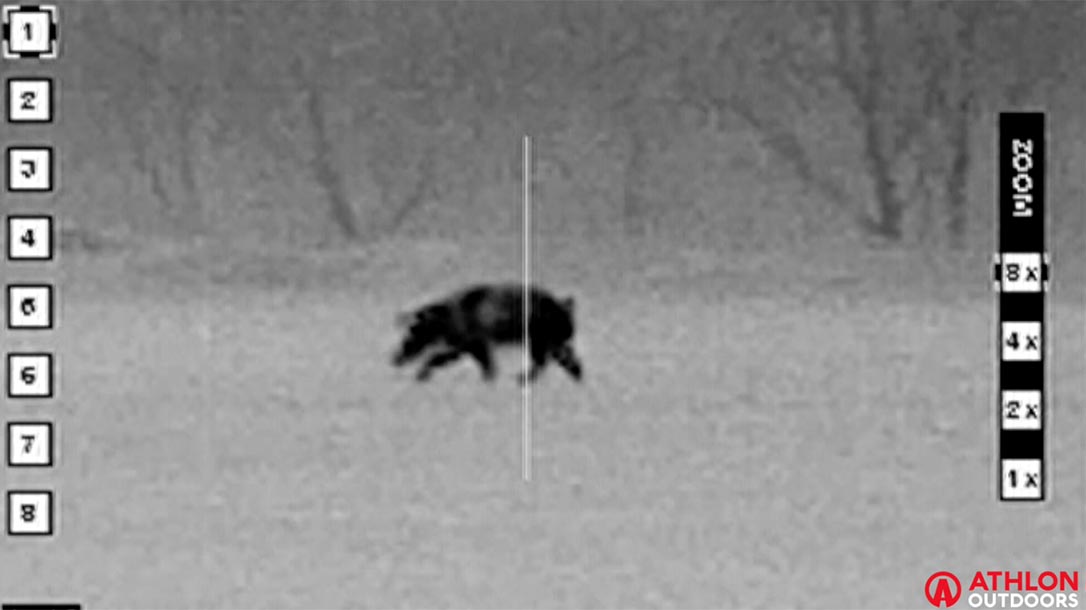 The location for this particular hunt was a cattle ranch in West Texas.

Windy nights can make for some tough coyote hunting on rolling grassy hilltops, but a 20-30 mile per hour wind didn’t stop me from helping out a local rancher on this particular night.

With our first two stands coming up blank, I was starting to lose hope. The rancher, who was with me, assured me that he had been having problems with his coyotes chasing newborn calves. So we headed over to where the cattle were hanging out.

After calling for a few minutes, I spotted a coyote trotting along behind several cows. Luckily, the terrain elevation was right. We were in the rack on top of the Beast Master Hunting truck and I had the rancher with me to OK a shot so close to his cows.

The rancher was using my extra thermal equipped rifle, so I lined up my crosshairs and asked if he was ready. After that, the count was on. One … two … bang; a perfect neck shot on a nice male coyote at 150 yards.

Although both of us were supposed to shoot on “three,” my backup said he wasn’t ready when I started counting. Sometimes that’s the way it goes. It sure didn’t stop that coyote from making the Beast Master Hunting “Kill of the Month!”