In March, CMMG Inc. announced a .40 S&W version of its very popular Banshee series of pistols and rifles. The immediate response from shooters? “Great. Where’s the 10mm?” Never satisfied, are you? So, in order to appease those requests, the CMMG Banshee 10mm is now here. 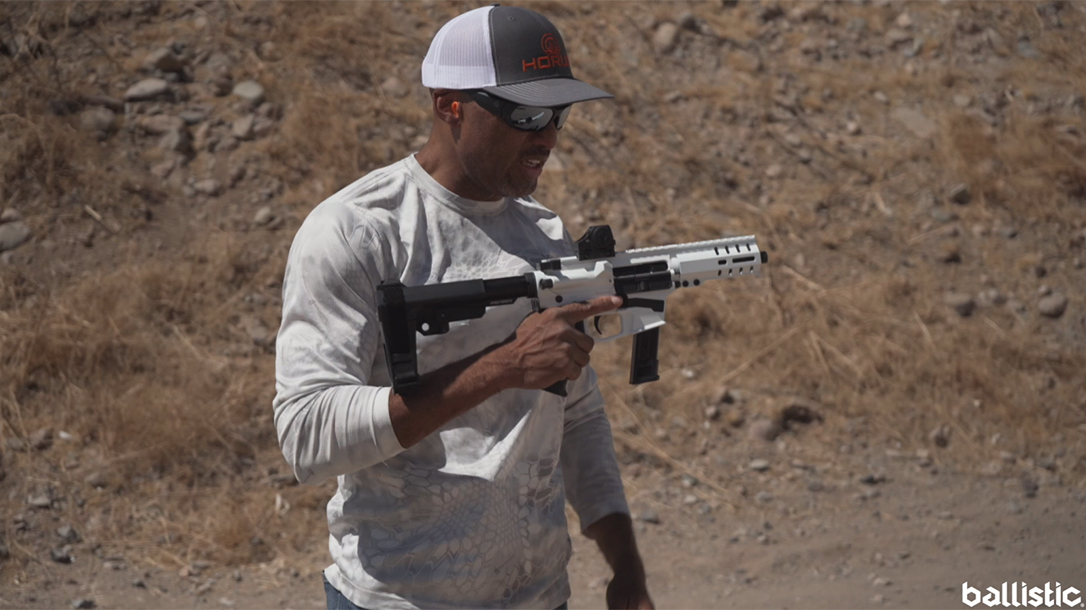 The Radial Delayed Blowback operating system incorporates a mechanical delay that forces the bolt to rotate; this momentarily slows the bolt carrier group, which allows chamber pressures to fall before cycling. This mechanical delay allows for reliable function with a wide variety of ammunition and also removes the need for a heavy bolt, buffer and spring typically required in direct blowback systems. Radial Delayed Blowback significantly cuts felt recoil and directs more gas down the barrel, which results in cleaner function and real advantages when using a suppressor. It also reduces bolt velocity, keeping you on target for faster follow-up shots.

“From the moment we first introduced the Radial Delayed Blowback operating system back in 2017, our customers have repeatedly requested that we use this innovative system to chamber 10mm,” said Chris Reinkemeyer, CEO/CFO at CMMG. “We are proud to say that we have now answered the call. Not only do our 10mm offerings work with the wide range of ammunition available today, they also tame the felt recoil by a significant margin.”

CMMG developed a unique Bolt Catch Linkage System (U.S. Pat. No. 9952011) in order to allow the Last-Round Bolt Hold Open feature to be compatible with the 10mm and other pistol cartridges. The Bolt Catch Linkage System is dual pinned, precision machined, meticulously engineered and field-tested to consistently lock the bolt back after the last round of each magazine. This feature provides familiarity for AR users while changing magazines for faster reloads.

The 10mm variant will be offered with an 8-inch barrel, starting at 5 pounds 9 ounces (unloaded) and an overall length of just 24.3 inches. One 30-round factory SGM Tactical 10mm magazine (Glock compatible) ships with the firearm where allowed. The CMMG Banshee 10mm (Mk10) also ships with an H3 buffer pre-installed and an additional standard carbine in the box. Why? To maximize performance and reduce recoil for the varying power levels of 10mm ammunition.