Anyone who has heard of Century Arms knows that it offers a huge variety of firearms—especially AKs, like that new Thunder Ranch AK. Adding to its impressive lineup, Century Arms will be selling what most will recognize immediately as everyone’s favorite sub-machine gun. Yep, that “Die Hard” beauty that everyone knows and loves. Meet the Century Arms AP5 Pistol. 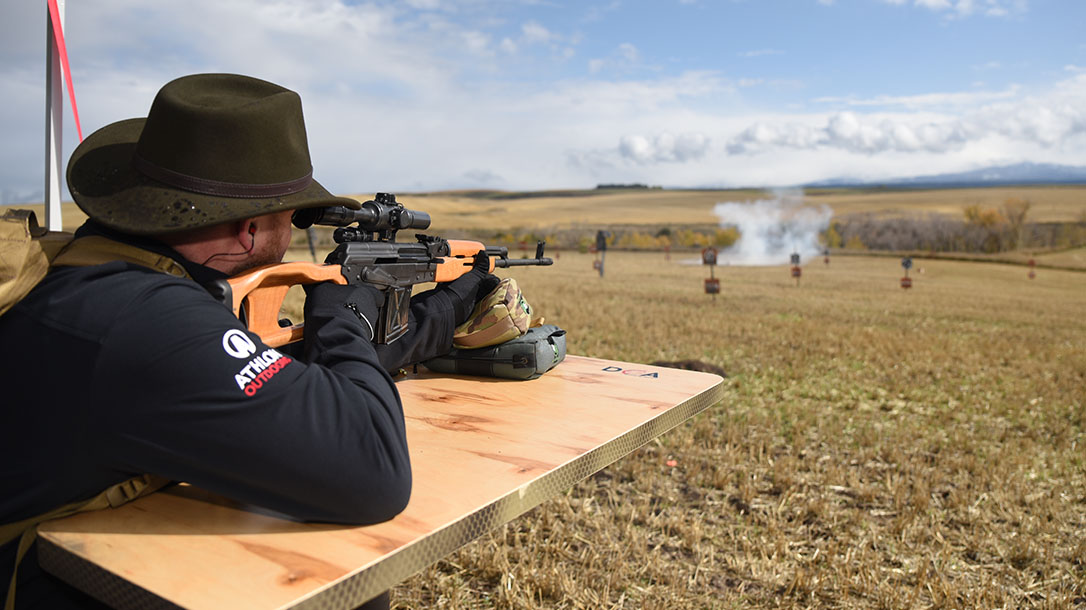 “AP” stands for “Apparatus Pistol,” which is Latin for “Machine Pistol”; Century left the “5” to pay homage to HK’s MP5. The Gun Gods have surely smiled down upon us, and given us one of the coolest firearms ever invented.

So here’s the scoop on what we know so far. The AP5 is being built in a military manufacturing facility in Turkey on original [HK] equipment. And get this: All of the parts of the Century Arms AP-5 are completely interchangeable with the HK MP5. There will be three different pistols models to start — a full-size, mid-size, and a mini. The AP-5 comes in a hard case with a receiver end cap, a Picatinny optics rail, magazines, a military-style sling, two extra takedown pins, and also a cleaning kit.

No price has been set as of yet, however, we were assured by Century Arms that it’s guaranteed to be cheaper than any other roller-delayed action on the U.S. Market. So there’s something else to look forward to.

We got to shoot the Century Arms AP5 at the recent 2020 Athlon Outdoors Rendezvous in Idaho. Not only was it wildly fun to shoot, it was also easy to stay on target. Hitting out to 100 yards was a breeze during our time with it. Take a look at the video above for a look at some of our range time. Also, for more information, keep your eyes peeled on CenturyArms.com.