by Richard Jefferies
in Guns, Handguns
0

Carolina Arms Group says the Blaze Ops pistol is "essentially a replica of the 1911 McNamara used while serving in USASOC."

By now, you’re all familiar with our good friend and Ballistic Magazine star Pat McNamara. Mac spent 22 years in the U.S. Army and understands what a good combat pistol should be. So he wanted to create his own: the Blaze Ops 1911. 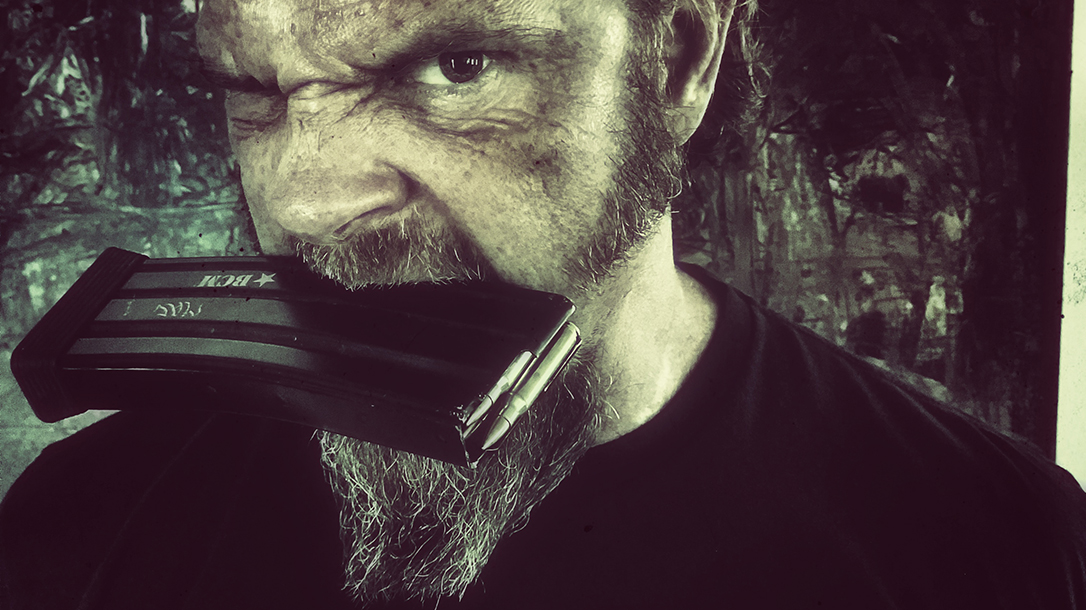 Strong Mindset: 25 Ways to Get Out of a Rut with Pat Mac

To craft the perfect combat 1911, McNamara knew just who to go to for a first-class package: Carolina Arms Group.

Mark McCoy is the owner and brains behind the outfit. He designs all the guns made by CAG. Located in Mooresville, N.C., it’s a small company that turns out exceptionally high grade 1911s. Offering several models, the Blaze Ops is the newest addition to its line … and brother, what an addition!

Carolina Arms Group says the Blaze Ops pistol is “essentially a replica of the 1911 McNamara used while serving in USASOC.”

According to Mac’s wishes, the Blaze Ops was designed and built in about six months’ time. Like all CAG guns, it was built one at a time by a single gunsmith who oversaw it from start to finish with all parts being hand fitted. This is one thing that makes Carolina Arms Group guns stand out: micromanaged production.

CAG manufactures the highest quality parts with the exception of barrels and grips. While some of its other models use standard sights, not so on the Blaze Ops. The sights are fiber optic with a red front sight and green rear sights, selected personally by McNamara.

CAG uses Kart National Match barrels exclusively in all its guns. With a 1:16 LH twist and its proprietary rifling process with tight tolerances to within .0002 inches, it’s easy to see why anyone who wants an accurate 1911 chooses a Kart barrel.

Grips are the only other outside part, made without CAG’s “Eagle C” logo.

The Blaze Ops 1911, of which only 25 will be made, sports front and rear cocking serrations and a flat top on the slide. The main spring housing is arched, and there is an extended mag release button. There is also a light rail included on the frame.

Obviously, with only 25 being produced, not too many people will ever get their hands on a Blaze Ops 1911. Fear not, dear reader, as CAG plans to make a “Privateer” version available on an unlimited run.

Differences in the Privateer version are minimal, but worthy of note. The slide is a rounded top with night sights and rear cocking serrations only. The main spring housing is flat and the magazine release is standard instead of extended.

As for Blaze Op holsters, CAG recommends reaching out to Regulation Tactical, a veteran-run outfit based out of California.

For more information on the pistol, please visit CarolinaArmsGroup.com.

Read a full report on the Blaze Ops 1911 in a future issue of Ballistic Magazine. To subscribe, please visit OutdoorGroupStore.com.