VIDEO: A Bulletproof Hat Is Still Better Than the Alternative

Bulletproof clothing is an area that’s rapidly expanded in recent years. You have the bulletproof jacket from Bulletproof Everyone, the CEO of which tested the product by shooting himself at close range with his own 9mm handgun. There’s another company called Wonder Hoodie whose hoodie, according to them, will stop a .44 magnum round. Really cool stuff. We love technology that works, but what about the head area? That’s where the bulletproof hat comes into play. 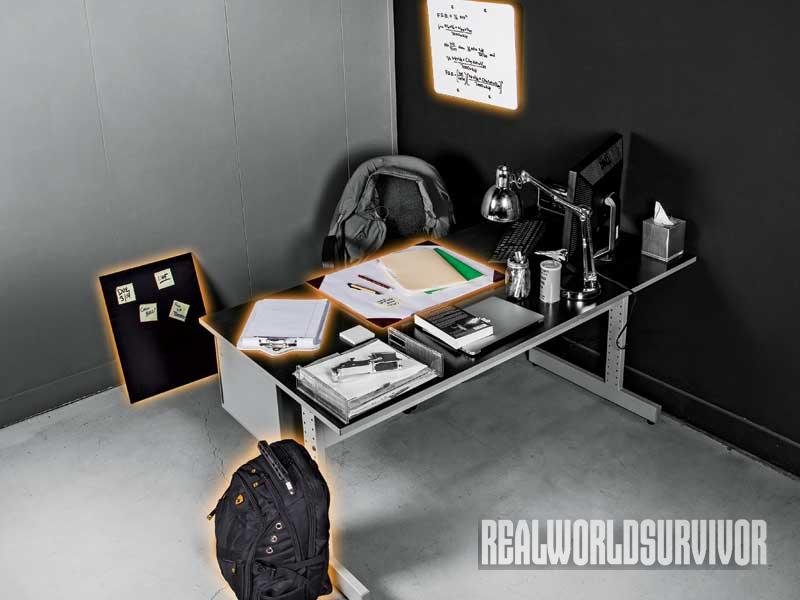 Now, BulletSafe’s Bulletproof Baseball Cap isn’t anything new. It actually hit the market back in 2015. It was at the time, and still is, the only hat of its kind.

According to BulletSafe, its “Bulletproof Baseball Cap offers level IIA protection. It will stop 9mm, .38, .380, .40 and even .45 caliber rounds. These are common rounds you might face on the street. This hat will stop these rounds and prevent them from entering your skull.”

“The hats offer a hard plate of compressed polyethylene. This plate covers the front third of the baseball cap. This is the most coverage that we could provide while maintaining a discreet appearance. The BulletSafe Bulletproof Baseball Cap is not a ballistic helmet, it is more discreet and offers less protective area. Unlike a ballistic helmet, this baseball cap is designed to be worn everyday, everywhere.

While we’re familiar with the hat itself, the one thing we hadn’t seen was the demonstration video (see above). In the video, founder Tom Nardone shoots a specialized ballistic head built to replicate that of a real human. He shoots one round of 230-grain .45 ACP from about two feet away. As expected, the round passes straight through, causing what would be an instant death.

Then, Tom puts his bulletproof hat on a real human being … kidding, obviously. He actually fires the same round at the same distance into a different, but similar ballistic skull wearing the hat. Unlike the first test, the second test with the hat stops the round. Yes, it causes a fracture to the front of the skull. Yes, you’d have one hell of headache. However, chances are you’d still be alive to tell the story, which is the point here.

No, we won’t be conducting a live test anytime soon, and we don’t recommend you do either. However, this is an interesting development in personal safety. It’s meant to keep you alive, and that’s apparently what it does. At the very least, it’s something we’d wear when the bullets start flying during the eventual robot apocalypse.