Beretta, of course, needs no introduction here. Nor does the company’s commitment to the U.S. military. The Beretta M9, since its adoption in 1985, has served as America’s military sidearm. Ballistic went behind the scenes recently at the new Beretta factory to to see the magic happen firsthand. 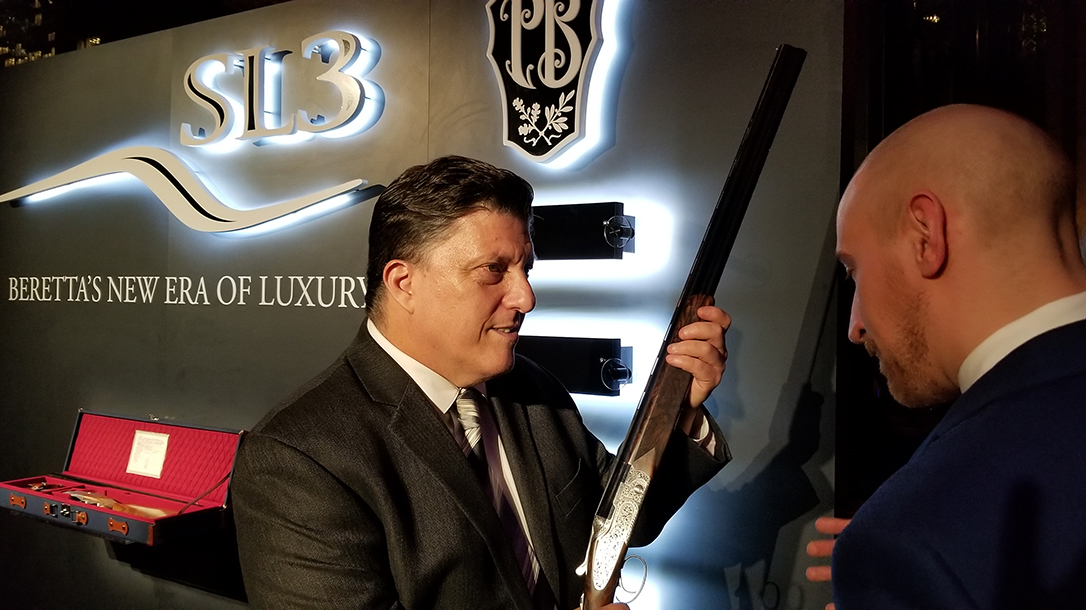 In conjunction with that pivotal contract, Beretta USA setup shop in Accokeek, Maryland, where it produced U.S. military M9s, 92s for the civilian market and more. Then in 2014, in response to Maryland’s passage of the state’s Firearm Safety Act of 2013, which included restrictive prohibitions against firearm manufacturing, Beretta announced it was moving all U.S.-based manufacturing to Gallatin, Tennessee.

On April 15, 2016, Beretta officially opened its manufacturing facility in Gallatin. Beretta family members from Italy and Tennessee Gov. Bill Haslam were also among those in attendance.

“The state of Tennessee was extremely excited to have Beretta move to the state,” Allen said. “The citizens of Gallatin are very excited and proud to have the company locally. The entire state is 2A friendly, and our governor and state legislature actively recruit firearm and munitions companies to the state.”

Beretta USA’s new Gallatin facility is as impressive as they come. With a 156,000-square-foot building set upon 100 acres, Beretta is immediately capable, yet also poised for future growth. With 300 employees drawn from a local community proud to have the iconic gunmaker as their own, the future is certainly bright.

“The plant tour was exceptional, and the facility is first class,” Allen said. “Beretta has just begun to tap into their capabilities and they have capacity for future growth, right here in Tennessee. The state is very welcoming and strongly supports the 2nd Amendment. The people of Tennessee still have the roots of the likes of Davy Crockett, Sam Houston and Andrew Jackson. Our freedom and independence are important, and our state government represents those values. The Beretta team is incredible, and their family roots going back to the 1500’s are beyond impressive. The personal pride the leadership and employees take in their business is top-notch.”

Dress For Success with the new Beretta Hunting Outerwear Collection