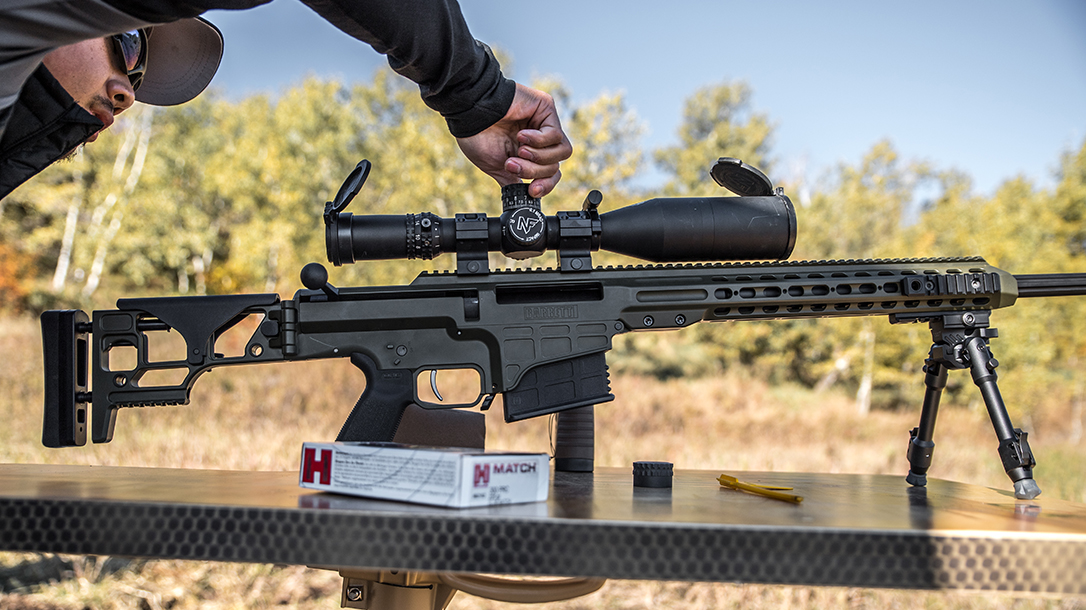 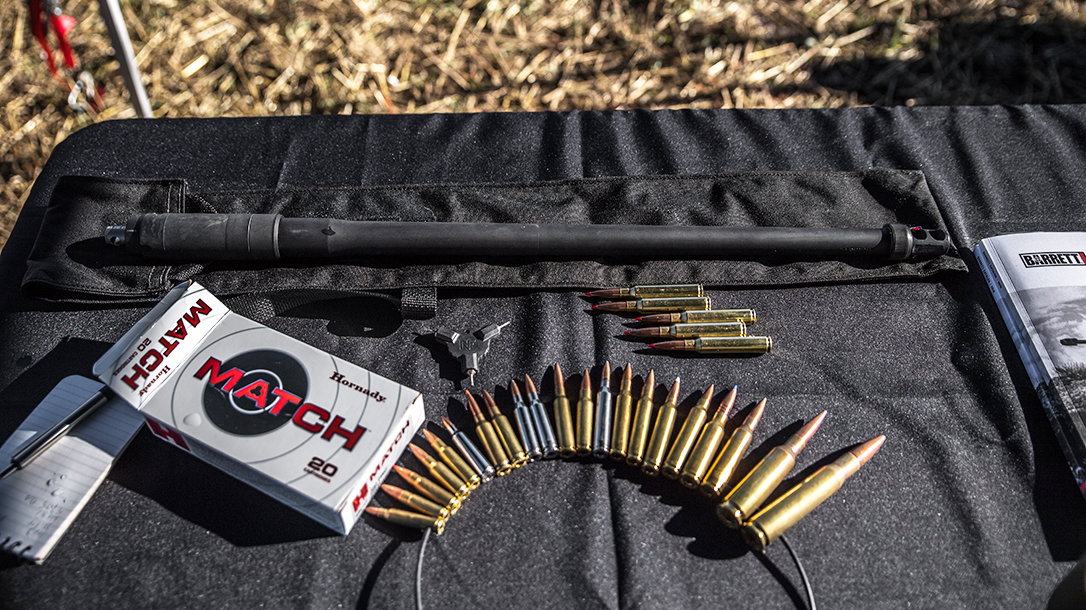 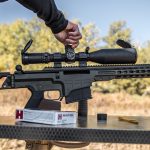 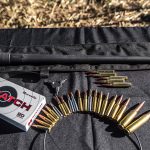 The Barrett MRAD 300 PRC is a match made in Heaven between rifle and ammo. As Hornady’s 300 PRC exploded onto the scene in 2019, firearm manufacturers couldn’t get offerings out the door quick enough. While the cartridge impressed out of the gate, there might not be a rifle on the market that gets more out of it than the Barrett MRAD 300 PRC. 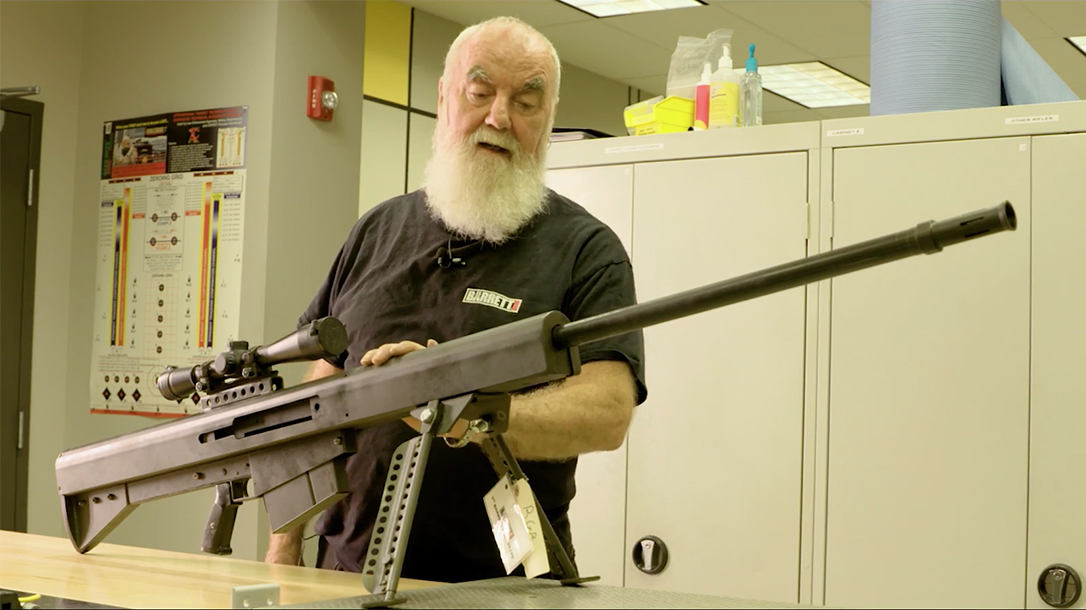 Before we get to the combo, let’s explore a little history of how they both came to be.

The last decade has seen massive growth and innovation in the precision rifle world. A big part of this innovation relates to user-level barrel and cartridge interchangeability. The genesis of this trend in its current form came from a rifle program launched by U.S. Department of Defense (DOD) that culminated in a 2010 submission of multiple rifle systems from major industry players.

The program sought to select a Precision Sniper Rifle (PSR) capable of maintaining precision to 1,599 meters while allowing end user to swap barrels. Each system was to accept chamberings from 7.62 NATO and .300 Winchester Magnum (based on existing stockpiles of ammunition and current training and doctrine) and a not-specified 1,500-meter cartridge. Most manufacturers submitted rifles in 338 Lapua. Of the rifles accepted for testing and evaluation as part of the program, all of them failed. Yep. Every single rifle system submitted from every manufacturer as part of the 2010 DOD PSR failed.

I was part of the development team that created the Barrett MRAD and can vouch for the incredible precision the submitted rifles displayed. The Barrett name is synonymous with excellence for a reason. Repeatable precision of just over 0.5 MOA from 10-shot groups with a 338 Lapua is no small feat. If you look at most custom rifle manufacturers accuracy guarantees, you’ll notice that they only apply to bore sizes .30-caliber and below and they never include 10-shot groups. It has traditionally been harder to get those big cartridges to shoot with the same precision as smaller rounds, not to mention harder for shooters to consistently fire them with the same precision due to recoil.

However, the MRADs submitted to DOD in 2010 did just that. So what happened? Why did all of these systems fail to meet the precision standard at 1,500 meters when they were clearly capable of high-levels of mechanical precision at shorter distances? The ammo of the day simply wasn’t able to meet the required level of consistency at extended distances and with an adequate barrel life. This spurred a significant effort on the part of industry to develop long-range ammo that could be manufactured en-masse using non-specialty components. While the 338 Lapua is one of my all-time favorite rifle cartridges, we’ve learned a lot about case design, internal and external ballistics, and ammunition manufacturing since it was created.

Fast forward: The 6.5 Creedmoor has done what was once unthinkable. The .308 Winchester has long been the standard precision rifle cartridge of the western world. As ubiquitous as the air we breathe, the 308 is accurate, easy to shoot, and offers exceptional barrel life and excellent terminal performance; that is, until the 6.5 Creedmoor showed up. Now the Creedmoor is king and the .308 is recognized as a ballistic hindrance by long-range precision marksmen.

The .300 Win Mag was once the standard solution for a 30-caliber magnum; specifically one capable of precision and performance to around 1,000 meters. However, like the .308, .300 Win Mag has its own issues  highlighted over decades of service. The .300 Win Mag began life as a hunting cartridge 50 years ago. Moreover, it was derived from the .375 Holland and Holland, an even older hunting cartridge that was designed more than 100 years ago. Hardly a good basis for a state-of-the-art military sniper cartridge.

Enter Hornady’s 300 PRC (Precision Rifle Cartridge). Hornady designed the 300 PRC specifically as a long-range precision-shooting rifle cartridge. It has been formally standardized by the Sporting Arms and Ammunition Manufacturers’ Institute (SAAMI). SAAMI is the standards and controls body responsible for the high level of interchangeability and consistency we have among ammunition and firearms from hundreds of manufacturers in the U.S. market. Everything the folks at Hornady learned over the least 10-plus years of building and growing the 6.5 Creedmoor — and its little brother the 6mm Creedmoor — has been put into the development of the 300 PRC.

A quick look at the ballistics offered by the PRC shows it to be a tremendously capable 1,500-meter cartridge with numbers nipping right at the heels (and in some cases meeting) the 338 Lapua Magnum. This is a testament to the design that’s been put into the cartridge. What the 338 Lapua does with horsepower via a significantly larger case, the 300 PRC does with well-designed efficiency. In fact, one of the requirements for the development of the PRC was that it fit a standard magnum-sized bolt face like that found on the US military’s M2010 sniper rifle (See what they did there?).

While I still love shooting the MRAD in .338 Lapua, I’ll admit that having a cartridge that offers practically the same performance (not including terminal effects, admittedly) with significantly less recoil and factory ammo that’s readily available at less than half the price is a big deal. Unless you really need the additional effect of a 300-grain bullet or the armor piercing payload offered by the larger bore diameter, then there isn’t much justification for the larger more expensive round. Granted, practicality may not be at the top of the list for anyone shopping for a magnum target rifle like this. Still, the MRAD lets you have your cake and eat it, too.

With easily swappable barrels you can replace a shot-out tube in minutes without a trip to the gunsmith. Want a more compact option? Pull that 26-inch barrel out and replace it with a handy 20-inch tube. Want to step up to the 338? No problem. That can be done in minutes as well. I shot the Barrett 300 PRC at the 2019 Athlon Outdoors Rendezvous in Idaho. It hits the mark, quite literally. The modular design of the MRAD and the serious efficiency of the 300 PRC may be the best performance combination available today. 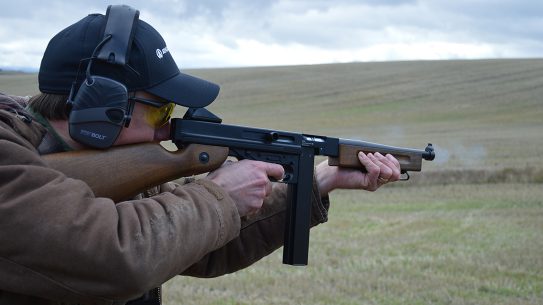 Based on the 'Chicago Typewriter,' the Umarex M1A1 airgun is a full-auto CO2-powered replica...