The votes are in, and the ballots are counted. Now it’s time to hand out a little more hardware. Last week we announced the Ballistic’s Best and Editors’ Selects winners for 2021. Those winners came from our annual Ballistic’s Best test of the new guns, where evaluators take each firearm to the range and put the guns through their paces. For the Editor’s Selects, our editorial staff highlights some of the big movers and shakers in several categories. But now it’s time for our Ballistic’s Best Reader’s Choice 2021 awards, voted on by you, the Ballistic Magazines readers and fans. 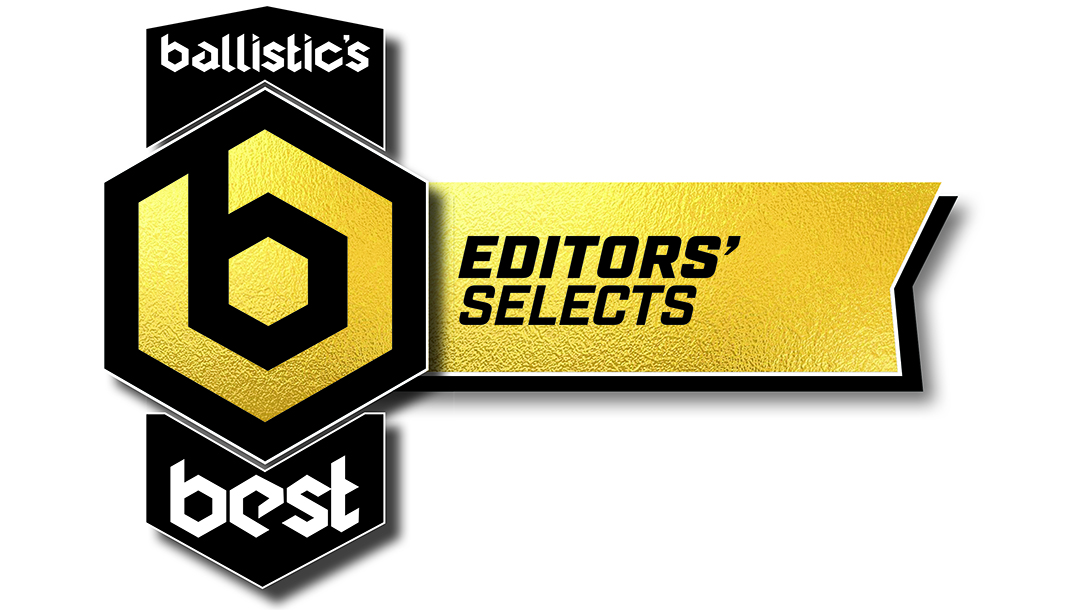 What a turnout we had this year! Thousands of voters cast their ballots, voting on their choice for the best guns across a wide spectrum of categories. More than 8,000 readers cast their vote this year.

Take SIG’s runaway platform, the P320, and combine it with one of best competitive shooters in the business, Max Michel, and you get the new P320 Max. Obviously built to compete, the P320 Max comes topped with SIG’s ROMEO3MAX optic. If you’re ready to up your USPSA-style shooting, you can now take Michel’s new signature ride for a spin. The P320 Max bested the field with 28.25-percent of the vote.

The release of the Springfield Armory Hellcat in 2019 set the concealed carry market on fire. So last year Springfield advanced the platform with the release of the Hellcat RDP. The RDP, for Rapid Defense Package, incorporates a micro red dot optic, a compensator and an optional ambidextrous, frame-mounted safeties. With nearly 3,000 votes, the Hellcat RDP topped the category, taking nearly 35-percent of the vote.

Scoring more than 37-percent of the vote, the Springfield Armory Emissary took top honors for favorite new 1911. Built for defensive use, the Emissary serves to bridge the gap between a duty and custom handgun, according to Springfield. Both well-appointed and including several upgrades, the fans seemingly agree that Springfield hit another home run.

The Colt Anaconda pulled the coveted double, winning both the Ballistic’s Best evaluation and Reader’s Choice award. Winning the testing protocol shows just how well Colt continues to build the re-launched revolver series. But winning the Reader’s Choice highlights just how much brand recognition the Colt brand and its snake series of revolvers still command. That’s why the Anaconda took more than half the vote, at 51.64 percent.

The SIG Sauer MPX K comprises a modular system, featuring a closed-bolt-, short-stroke gas piston design. With a PCB folding brace, it proved ultra-compact in size. Accessory rails, suppressor attachment and a Timney single-stage trigger only add to its appeal. Like most things SIG does this day, the MPX K brings some serious cool factor as well. It tallied 33.97-percent of the vote for the win.

In one of the more narrow races, the Mossberg 590M (1,662 vote) narrowly eclipsed Ballistic’s Best winner IWI Tavor TS12 (1,628 votes) to take the Reader’s Choice award. The 590M excels with its robust detachable magazine system. Better still, it incorporates the magazine into the military-proven platform that is the 590.

Our other double-winner, the Palmetto State Armory PSA 18 continues to impress. Priced under $900, it brings a lot of AR to the table. The kit gun comes with Magpul furniture, improved trigger and 1-inch accuracy at 100 yards. That’s a lot of really good bang for the buck.

These days, a high-end AR-15 should really bring a lot to the table. Well that’s exactly what the fans thought of the DDM4 V7, awarding it more than 45-percent of the overall vote. And why not, this bad boy comes fully loaded, featuring upgraded and enhanced components at virtually every turn. Whether for duty, defense or elite competition, the DDM4 V7 is ready for the challenge.

No category exhibited more diverse voting than Bolt-Action Sporter. The Winchester Model 70 Extreme Weather topped the field with around 15-percent of the voting, with the entire field staying close off the lead. That tells the story of where we are in the age of rifles: it’s never been better to be a rifleman. That said, the Model 70 Extreme Weather took top billing, taking the classic Model 70 design, and presenting it in a bomb-proof package able to withstand the harshest of punishment.

Long-range and precision shooting continue its meteoric rise. Chambered in 6mm Creedmoor, the Ruger Custom Shop Ruger Precision Rifle delivers everything you need for plinking, hunting or competition. The RPR comes with a factory-installed TriggerTech Trigger and custom, heavy-contour stainless steel barrel. An APA muzzle brake, Magpul 10-round mags, and a host of other upgrades highlight a complete package that stays under the $2,500 retail threshold.

To see the entire testing protocol, complete with accuracy results and data, check out the Ballistic’s Best 2021 issue of Ballistic Magazine. Get your copy at OutdoorGroupStore.com.