0
SHARES
187
VIEWS
Share on FacebookShare on Twitter
We’ve already been over this, but for our 2019 issue of Ballistic Best Magazine, our various writers tested, evaluated and ranked more than 100 new-for-2019 firearms, suppressors and scopes. They then crowned nine winners based on a point system in the following categories: compact and full-sized (non-1911) semi-auto handguns, revolvers, 1911s, semi-auto shotguns, semi-auto rifles, bolt-action rifles, .30-caliber suppressors and long-range riflescopes. 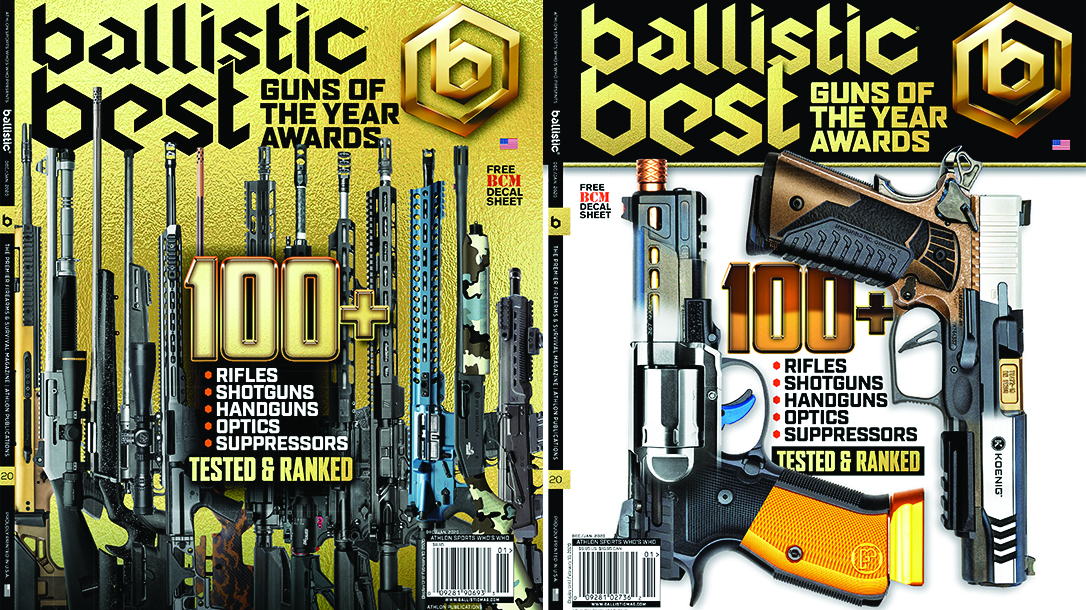 There are several products that simply didn’t fit in the categories we selected for our issue. That’s where the Ballistic Best Editors Choice Awards comes into play.

We couldn’t let our writers have all the fun. Us editors highlighted some special companies and products that didn’t quite fit into our main testing categories. However, they still deserve to be awarded for their quality and innovation. These badass manufacturers know a thing or two about listening to what consumers want and what it means to really pay attention to detail. We got our hands on most of these standout products as well, and the quality is second to none. Each of these products has earned our seal of approval, and we think they’re definitely worth a closer look. On with the Ballistic Best Editors Choice Awards! 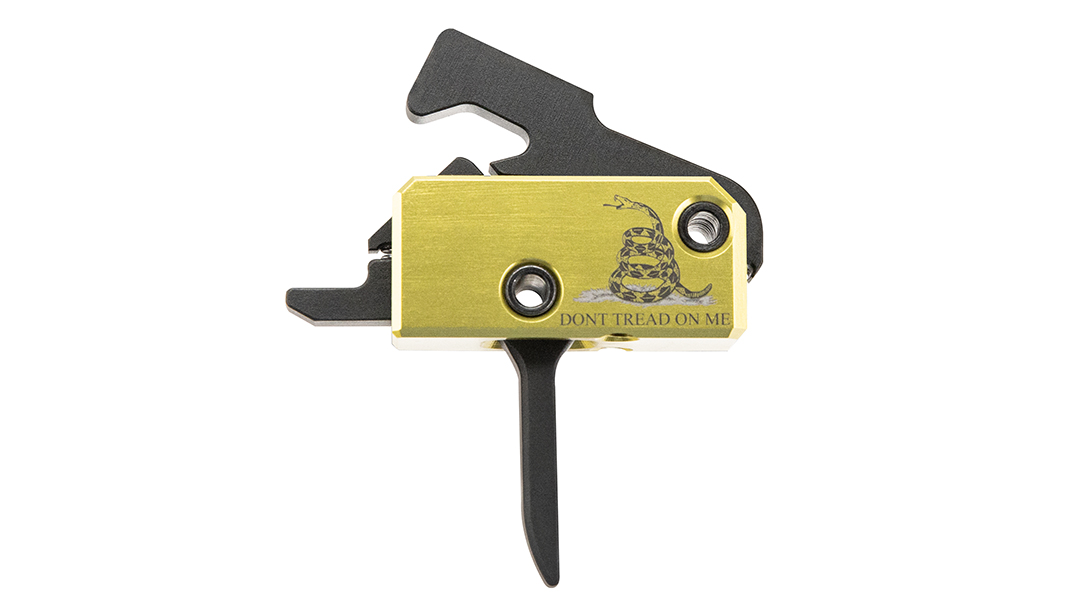 As far as ARs have come in recent years, it seems some still leave the factory with mushy “mil-spec” triggers that aren’t conducive to accuracy, to put it lightly. Thankfully, RISE Armament has been remedying this for years. RISE offers extremely crisp AR triggers—triggers so good that the proverbial “glass rod” cliché applies. The proof is in the performance. Simply try one of RISE Armament’s popular drop-in trigger assemblies, like the new special-edition “DTOM” RA-140, and you’ll never look back. In fact, you’ll probably text your friends to brag about the crisp break and short reset. And RISE Armament even includes anti-walk pins. (risearmament.com) 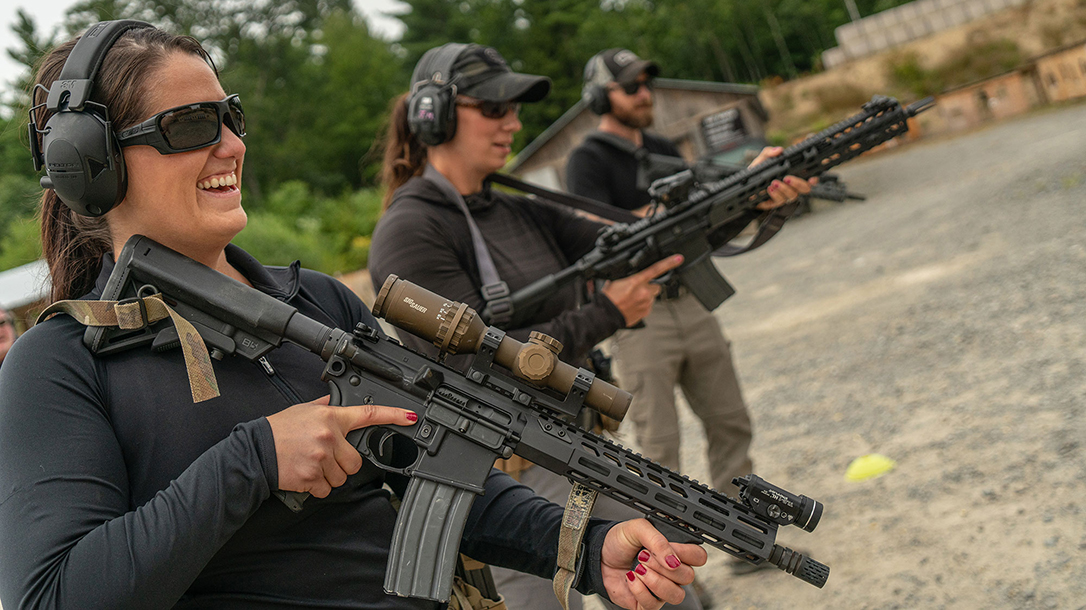 In the firearms industry, only a few companies can handle a variety of different niches at once, like pistols and rifles. However, none do it better than SIG Sauer, which prides itself in producing virtually everything you need. Known as the “complete systems provider,” SIG Sauer has grown tremendously in the past few years to offer optics, sound suppressors, ammunition and even airguns on top of its high-end firearms. There’s even the SIG Sauer Academy for training needs. Along the way, SIG has been able to maintain its high quality standards with each new venture, raising the bar for every other manufacturer and garnering U.S. military contracts. Keep it up, SIG! (sigsauer.com)

Best Bangs for the Buck — Mossberg 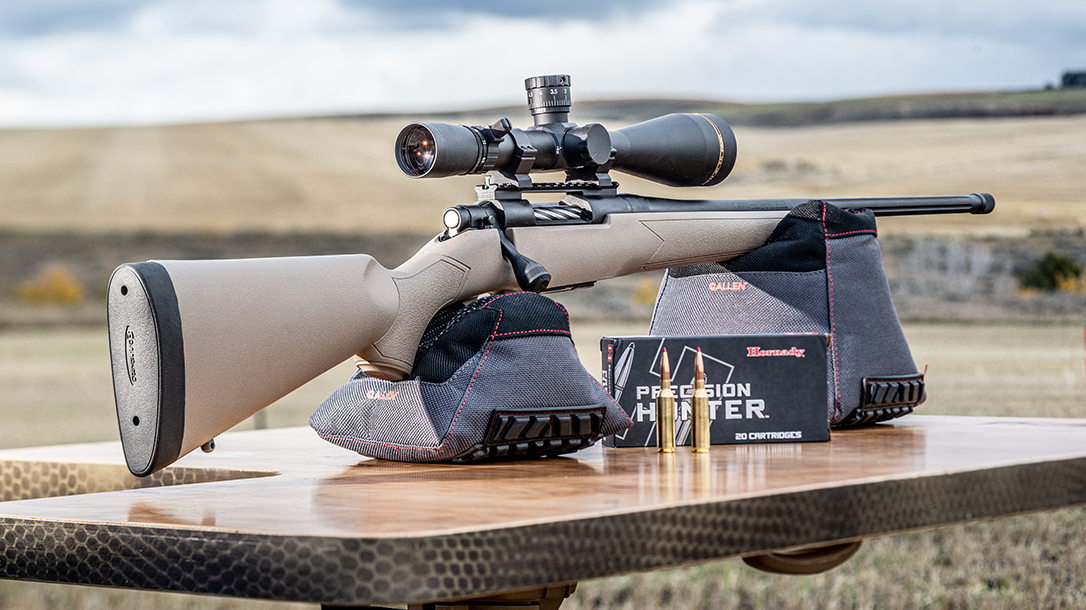 Mossberg deserves special mention for providing the most value to shooters across the country. The company understands how hard it can be for Average Joe to purchase firearms, let alone all the necessary gear to keep them running. That’s why Mossberg has always gone the extra mile to offer durable, reliable and accurate firearms at ridiculously low prices. Have you tried one of Mossberg’s bolt-action rifles? After some trigger time with several at the Athlon Outdoors Rendezvous, many shooters walked away scratching their heads as to how Mossberg was able to keep the MSRPs so low. The same holds for the company’s shotguns and subcompact MC1sc handguns, which are worth much more than the asking price. (mossberg.com) 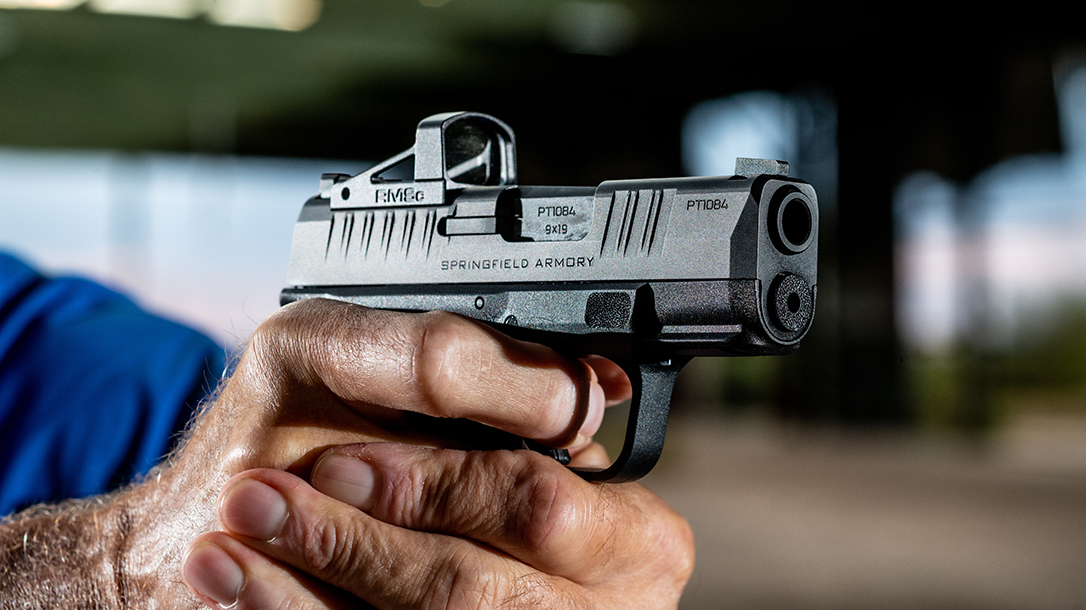 Like many shooters, when we first saw the cryptic Springfield Armory ads with a stylish “H” above the date “9/25/19,” we didn’t know what to expect. Would Springfield be updating its XD or 1911 lineup? Retrofitting the M1A? Instead, the company shocked the gun world by unveiling “the world’s highest-capacity micro-compact” — the Hellcat. The standard flush-fitting magazine holds 11 rounds of 9mm ammo while extended magazines hold 13 rounds. On top of that, the Hellcat is available with an optics-ready slide. Springfield also includes a hammer-forged, 3-inch barrel, super-functional slide serrations, a flat-faced trigger, a reversible magazine release and smart grip texturing for added control. With so many desirable features, it’s amazing that Springfield was able to keep such a beast under wraps for so long. (springfield-armory.com) 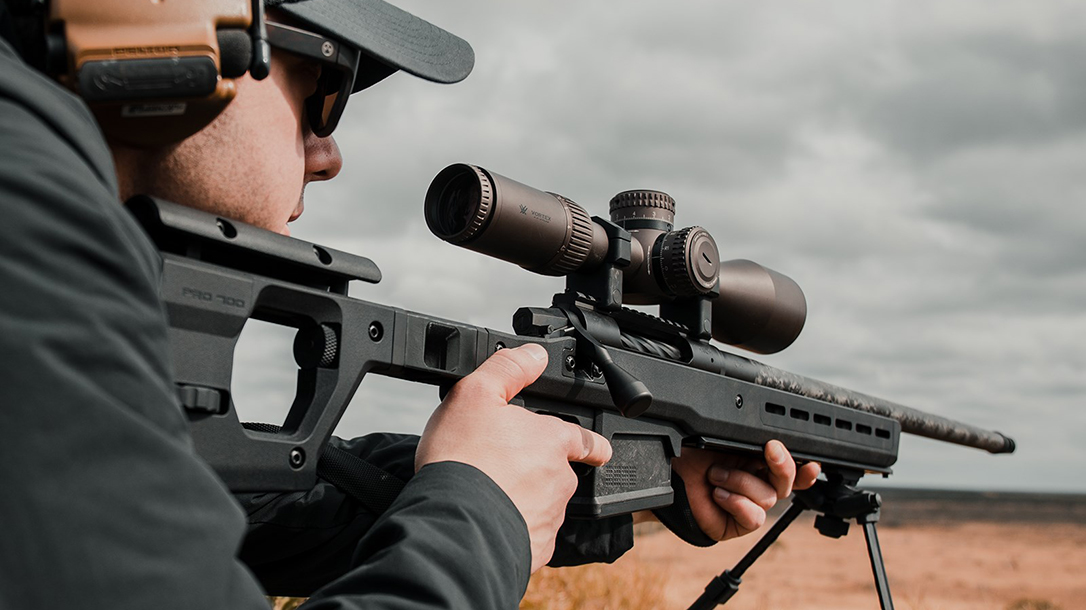 Chances are, you probably own at least one gun with a Magpul accessory on it. You can’t flip through any gun magazine (the print kind) without seeing a Magpul magazine (the ammo-holding kind). But while PMAGs get all the glory, Magpul has created such diverse products as handguards, slings, stocks, backup sights and more for a variety of platforms, including shotguns, ARs, AKs and the CZ Scorpion EVO 3, to name just a few. That’s why we felt Magpul deserved its own Editors’ Select award. Since first coming on the scene in 1999, Magpul has been kicking ass and making all of our guns better. (magpul.com) 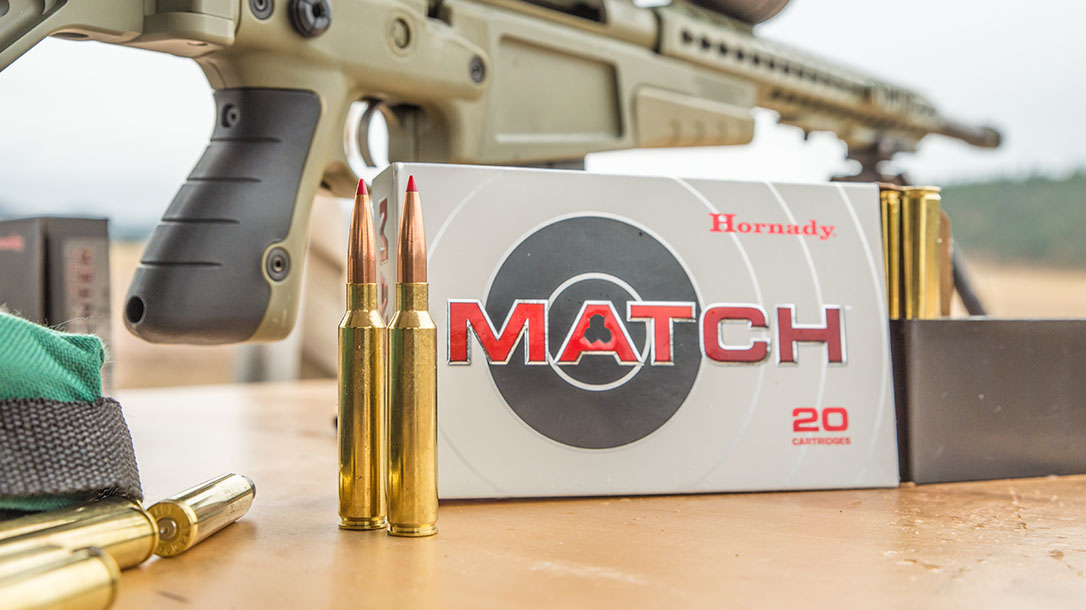 Spend enough time in the firearms world and you’ll see quite a few new cartridges introduced to a lot of fanfare before slowly disappearing. It usually stems from a lack of market support, or the round doesn’t really perform as expected. Well, none of that applies to Hornady’s .300 Precision Rifle Cartridge (PRC). It takes advantage of heavy-for-caliber, very-low-drag (VLD) bullets to achieve magnum performance without the negatives of the .300 Norma, for example. The .300 PRC is based on the .375 Ruger case. It uses a standard 0.532-inch magnum bolt face and headspaces off a 30-degree shoulder. More importantly, at 500 yards, the 225-grain ELD Match still travels at 2,250 feet per second with 2,528 foot-pounds of energy. That’s why the U.S. military loves it, and several manufacturers are already producing rifles for it. (hornady.com) 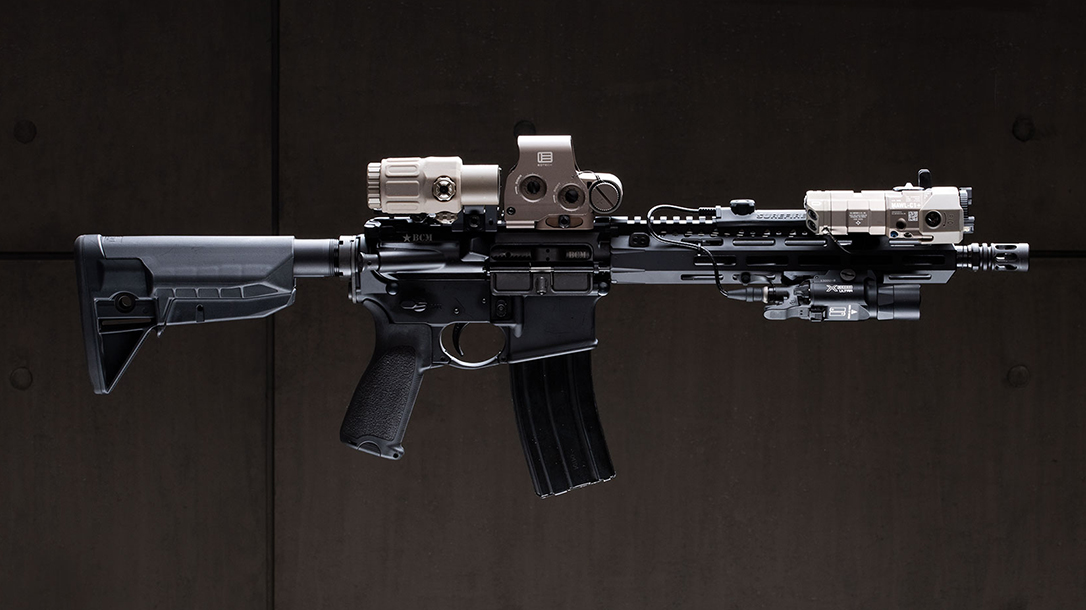 It’s hard to beat Bravo Company Manufacturing (BCM) when it comes to AR-platform weapons. The company is known for its extremely reliable carbines and pistols, as well as upper receiver groups that can turn your ho-hum AR into a workhorse. But here we’d like to take a minute and shine the spotlight on BCM’s AR furniture. The company offers a staggering array of M-LOK and KeyMod handguards, along with dozens of Gunfighter grips, stocks and charging handles to suit virtually any mission or need. If you need to retrofit your favorite weapon, BCM is the first company you should check out. (bravocompanyusa.com) 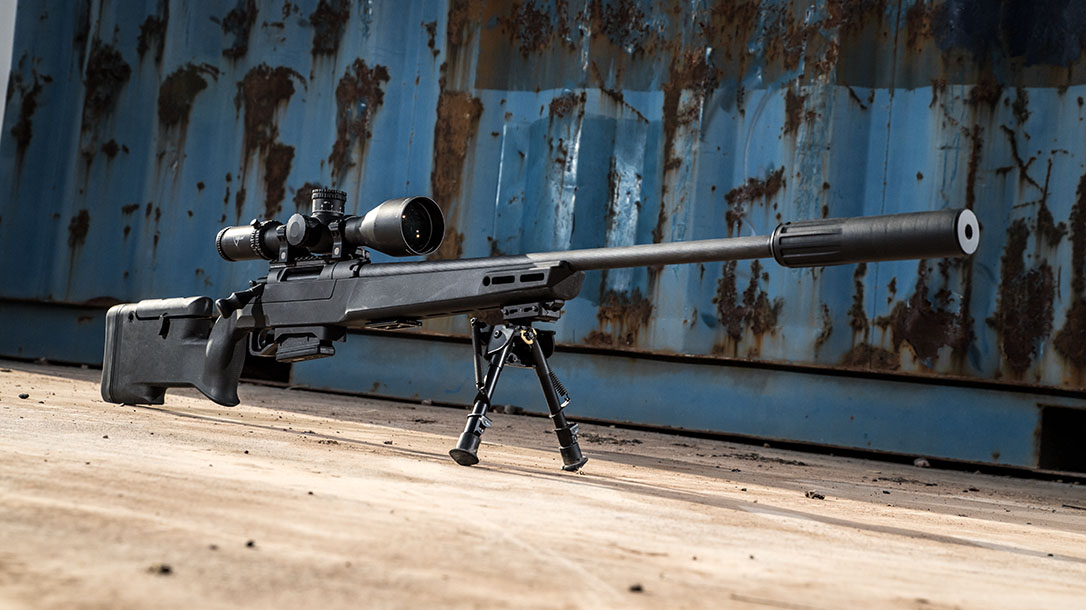 At Ballistic, we’re all about blazing new trails. That’s why Daniel Defense caught our eye when, after years and years of making ARs, the company decided to dive into the world of bolt-action rifles. Precision shooters can be a bit finicky and preferential, yet Daniel Defense knocked it out of the park with the Delta 5 in .308 Winchester and 6.5 Creedmoor. The stock is extremely comfortable and adjustable, the action locks up solidly, and the barrel is hard to beat. On top of that, Daniel Defense designed the system for modularity. Shooters will soon be able to swap out the barrel for another without any headspacing hassles. (danieldefense.com)

Most Fun on the Range — Umarex 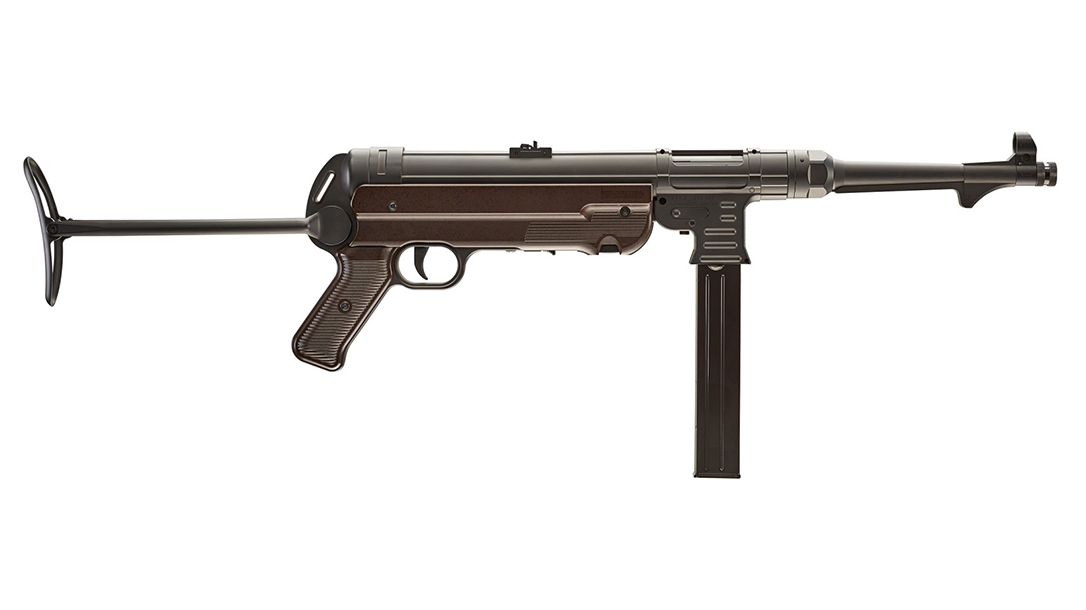 This issue of Ballistic’s Best might be loaded with centerfire weapons, but we wanted to take a minute and celebrate airguns—specifically the fun models offered by Umarex. At the 2019 Athlon Outdoors Rendezvous, every attendee couldn’t stop raving about Umarex’s full-auto replicas, like the CO2-powered Legends MP, which looks and feels like a real German MP40. Flip the giggle switch and this thing can unload 52 BBs in a hurry. You won’t be able to stop smiling. And make sure to keep your eyes on Umarex, because the company is unveiling some awesome new models in the near future that will have you grinning with each shot. (umarexusa.com)

Why are pistol-caliber carbines so popular? Is it because they use cheaper ammo, which translates to more range training time? Is it because they’re easier to aim than a more traditional handgun? Or because they offer maximized terminal ballistics, or more ammo? The answer: All of the above. But instead of going the AR route, we’d like to pay our respects to the Ruger PC Carbine, which has been making waves since its debut earlier this year. First off, this 9mm comes with interchangeable magazine wells allowing you to use 9mm Glock and Ruger SR-series magazines. You can also take the gun down quickly for easy storage and transport. The magazine release and charging handle are also both ambidextrous. On top of that, the cold-hammer-forged barrel is threaded for suppressors. Oh, and for that Tactical Timmy out there, Ruger recently unveiled versions with AR furniture, including M-LOK handguards. (ruger.com) 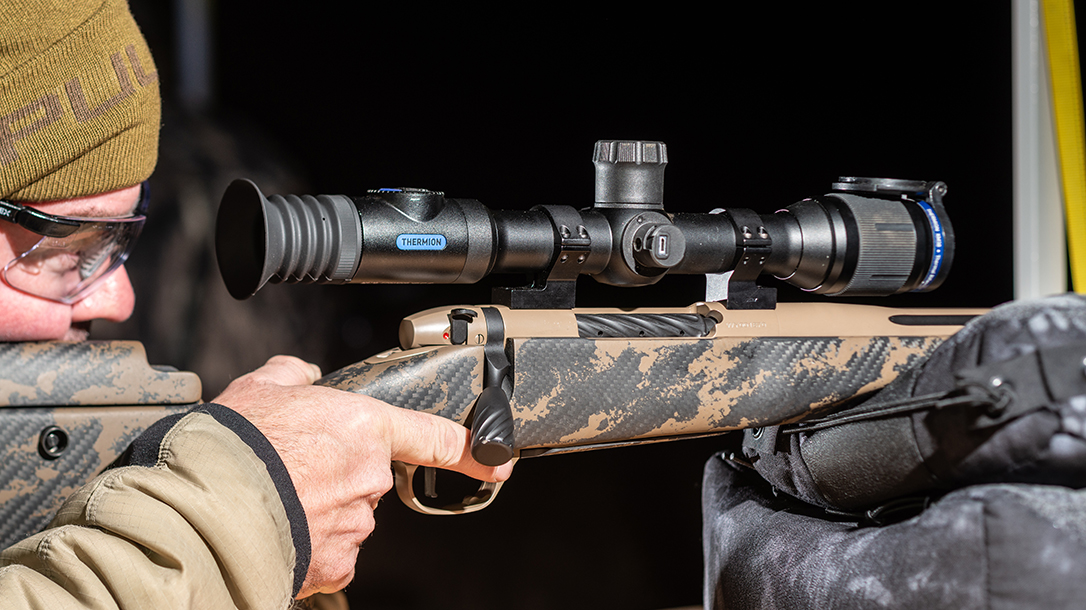 Every shooter and hunter wants to find the Holy Grail—the special guns and gear that can do a lot without costing a lot. Until recently, thermal imagers and night vision have been solely the purview of the U.S. military, with Uncle Sam’s mighty checkbook. But a few companies have been working hard to bring such technology to civilians; none has been more successful in that regard than Pulsar. This company offers thermal scopes and binoculars as well as night-vision variants that cost much less than the competitors while still offering a bevy of next-gen features, like high-definition sensors, picture-in-picture modes, variable magnification and more. We’d need a few pages to list all the tech packed into each of these affordable sights. (pulsarnv.com)

To see all of the winners from Ballistic’s best 2019, grab digital and physical copies at OutdoorGroupStore.com.

Springfield Armory LevAR: A Charging Handle That Keeps You in the Fight