Axe throwing has become a popular “activity” in recent years. Several companies launched allowing first-timers to come in and throw an axe at a wooden board for some fun. While we, at Ballistic, understand the concept, we don’t like it. 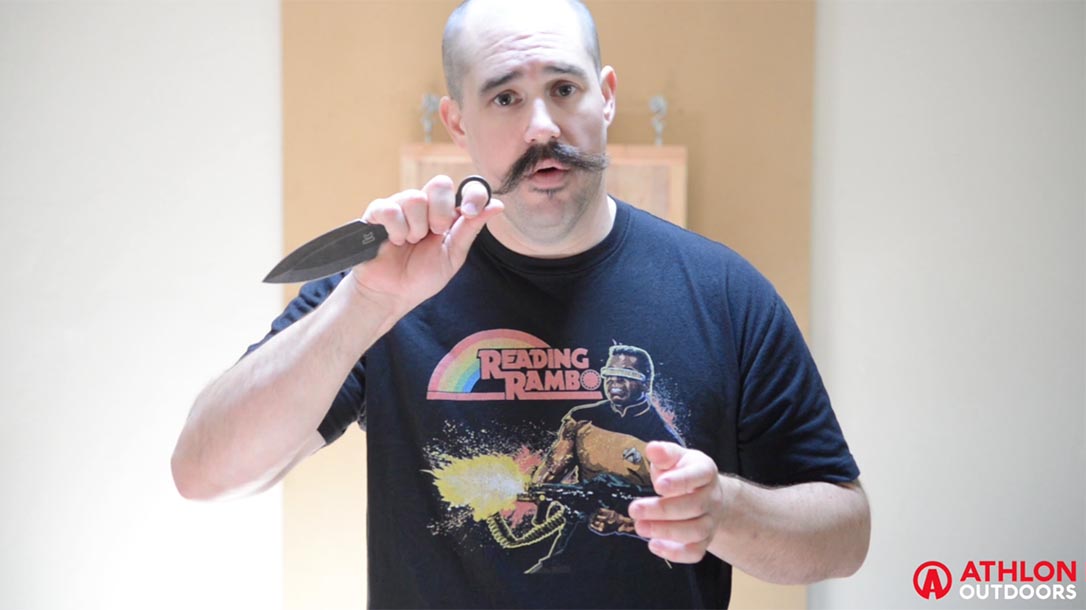 Why don’t we like it? Why is Ballistic raining on the axe-throwing parade? Because people are stupid and it’s a matter of time before someone gets seriously injured doing it. The latest axe throwing fail from over the weekend demonstrates exactly why there’s a gap in learning here.

Now, in the video above, we’re not completely blaming the thrower. Yes, her form isn’t good. However, the venue — fittingly titled “Bad Axe Throwing” — put a rubber mat at the base of the board. Clearly management didn’t do its research on what happens when you hit rubber with a rotating axe. We’re sure this isn’t the first time it’s happened, it’s just the first time it was caught on video.

The woman throwing lets go of the axe way too late and, as a result, it hits the rubber base. The axe spins back directly at the woman, who was aware enough of her surroundings to quickly duck and avoid harm. She smiles and laughs it off. However, that axe was about one second away from hitting her square in the face.

Some venues are better than others and have a thorough axe throwing tutorial ready to go for everyone involved. Others hand you an axe and basically say, “Have at it!” We’re not saying that’s what happened here, but the monitoring process needs to be better.

All of that’s not even taking into account people probably showing up a little buzzed. Again, we’re not accusing anyone here of drinking, but come on — we all know it probably happens on a regular basis.

We’re all for people wanting to learn some outdoor skills and have some fun doing it; that’s awesome. But this medium isn’t the best way. Like anything else, an axe is a dangerous tool if put in the hands of someone who doesn’t know how to use it; or, in this case, throw it. We’ve produced a knife-throwing video tutorial before. Perhaps an axe-throwing tutorial should be next.