Lewis Machine and Tool and a Form 1 represent an easy way to land an operational 40mm M203 grenade launcher.

The subject of BATF Forms can be undeniably labyrinthine and befuddling. An entire massive bureaucratic apparatus governs ownership of stuff like machine guns, sound suppressors, grenade launchers, and cannons as well as short-barreled rifles (SBR) and shotguns (SBS). The details hearken back to the days of Prohibition and shape the complexion of truly rarefied gun collecting. 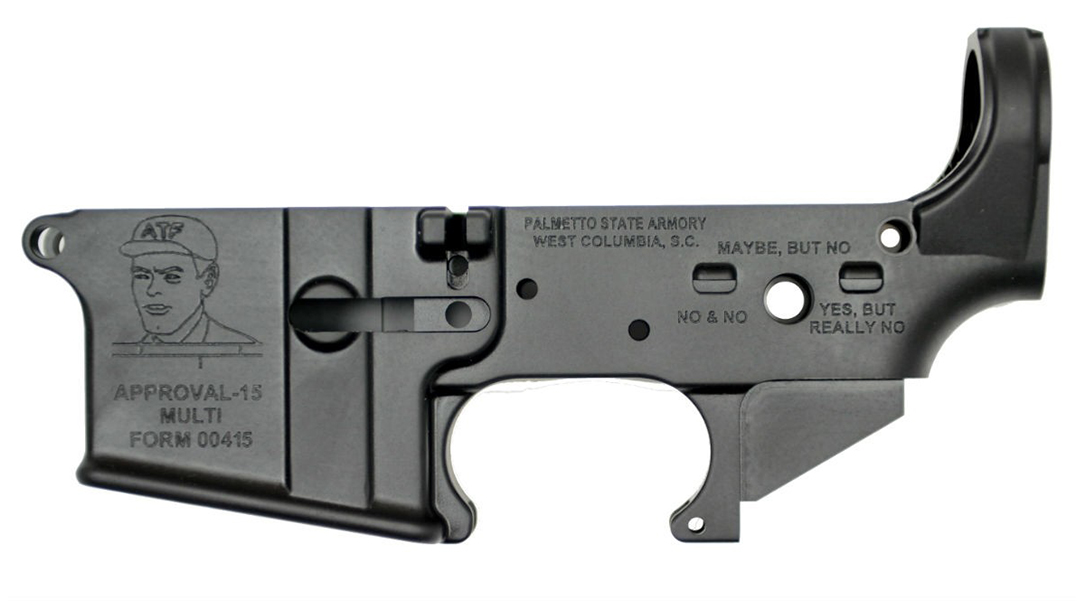 A Bit of Ballistic History

Back in the 1930s our congressmen still infrequently read the document they were supposed to support and defend. The US Constitution did not and does not authorize the government to outright ban things, but it can certainly levy taxes. In response to the scourge of the motorized bandit folks were clamoring for a pyrrhic legislative remedy. That remedy was the National Firearms Act of 1934.

This fascinating bit of legislative heresy levied a $200 tax on the transfer of machine guns, short-barreled weapons, and similar nifty toys. As $200 in 1934 was the equivalent of $3,800 today this effectively abolished the trade in these items. Thus the world languished until inflation finally caught up with these draconian levies. Today $200 is hardly front pocket change, but it yet remains finally within reach of the Common Man. That fact opens up all sorts of fascinating opportunities for the American gun owner with some patience, a little cash, and a bit of mechanical skill.

ATF Form 1 is the official Application to Make and Register a Firearm. Using this nifty bit of paper, the enterprising American gun bodger can shorten barrels, activate grenade launchers, or build sound suppressors to his or her heart’s content. Prior to 1986 you could use the same document to build your own functional machine gun at home. However, those days are gone never to return.

There is a proscribed order to the process. First you identify the nature of your proposed project. Then you download the Form 1 off of the ATF website and complete it in duplicate. There is a place for a passport photo on the back of each copy. The form demands a physical description of the device to be built and must be submitted along with a set of FBI fingerprint cards. Your local law enforcement agency should be able to take your fingerprints, though they may not supply the cards.

It doesn’t matter how many times you have done this, you always have to repeat the fingerprinting process. As near as I can tell this is simply punitive. It’s not like your fingerprints ever change.

Once you have all this stuff done, one piece goes to your local chief law enforcement officer. The rest gets dropped in the post office to the BATF along with a check for $200. You then think about something else for about seven months while the same government that can land robots on Mars takes their own sweet time processing the thing. Once the form comes back approved, the real fun begins.

No matter what you are building you become the manufacturer and have to engrave your identifying information on the item. Your local trophy shop can do this for a modest fee. Even if you are modifying an existing gun that already has identifying information, yours has to go on there as well. Yes, it can get cluttered. 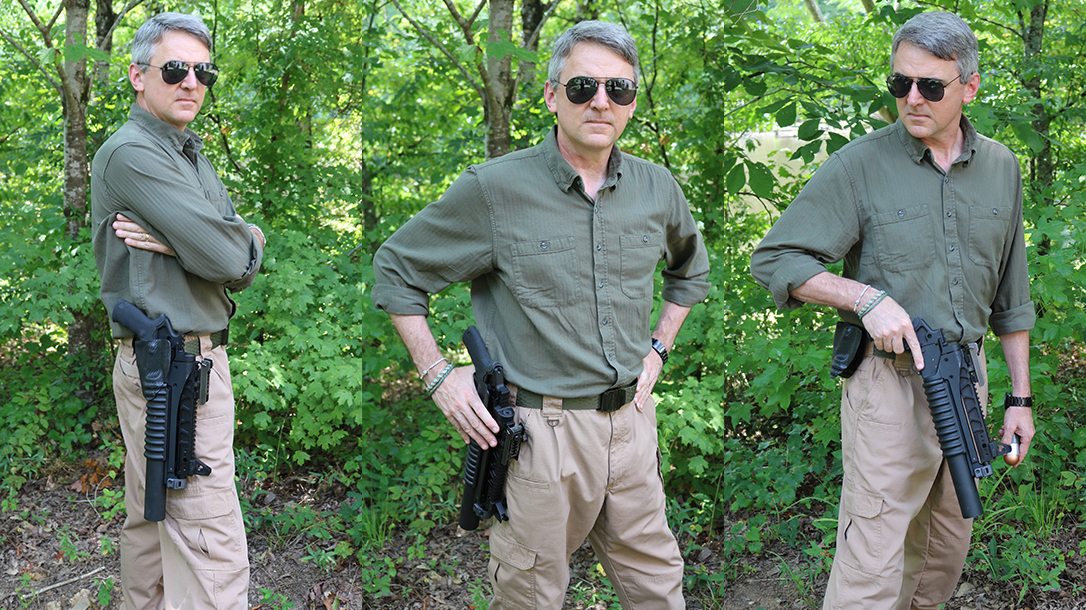 My first was a Remington 870 slide-action 12 gauge. With an 18-inch barrel you can still use the gun while the paperwork creeps along. Once the Form 1 came back approved I cut the barrel down using a cutoff wheel on a table saw. The same chore can be done carefully with a hacksaw. I dressed the muzzle with a Dremel tool and then drilled and tapped a new front sight with a drill press. The end result tosses a broad pattern, but at close ranges it will fill a room with misery. It has also claimed more than its share of Mississippi water moccasins.

Building a Mad Max side-by-side shotgun pistol is a bit more complicated, but not by much. The barrel shortening is a similar exercise, but it takes a little woodworking skill to craft a new pistol grip. The end result kicks like Chuck Norris’ right foot, but looks just super cool.

Any one of the sundry .22-caliber MP5 variants makes a good SBR host. I found a cool flash suppressor to mask the abbreviated tube. A Form 1 with any number of semi-auto subgun clones lets you legally plug in a shoulder stock as well. Zenith makes a great one.

LMT Defense will sell you a GI-standard M203 receiver either without a barrel or with a 37mm tube, and it transfers like an otherwise unremarkable Title 1 firearm. You can then do your Form 1 and legally fit the gun with a 40mm rifled barrel. The end result will reliably get you a seat at the cool kids’ table at the local range.

High explosive ammo for your new thumper is unobtainable, but ReloadableShells.com will keep you in cool-guy stuff to throw out of it. A simple adapter that allows me to run 12-gauge birdshot through my 203 will produce a muzzle flash visible from Saturn. Just hefting your own operational 40mm grenade launcher will reliably boost serum testosterone levels.

Chopping off barrels, activating cannons, crafting your own sound suppressors, and dropping a Glock into a stock-equipped RONI chassis all await you with the liberal application of ATF Form 1. The wait times are interminable, and the cash outlay not insubstantial, but the fun factor is tough to adequately capture in words.

If you’ve run your black rifles until the thrill has faded and done most of what you can legally do with your favorite stock Glock, perhaps it is time to amp up the awesome with a cool ATF Form 1 project. Be careful, be legal, and be patient. The final product is worth the effort.

For those interested, here’s a link to the ATF Form 1: https://www.atf.gov/file/11281/download