So, the news out of Hollywood is that anti-gun Alec Baldwin just shot and killed a woman with a prop gun on a movie set. It took about ten minutes for the memes to pop up. If karma is a real thing, this is a great example. 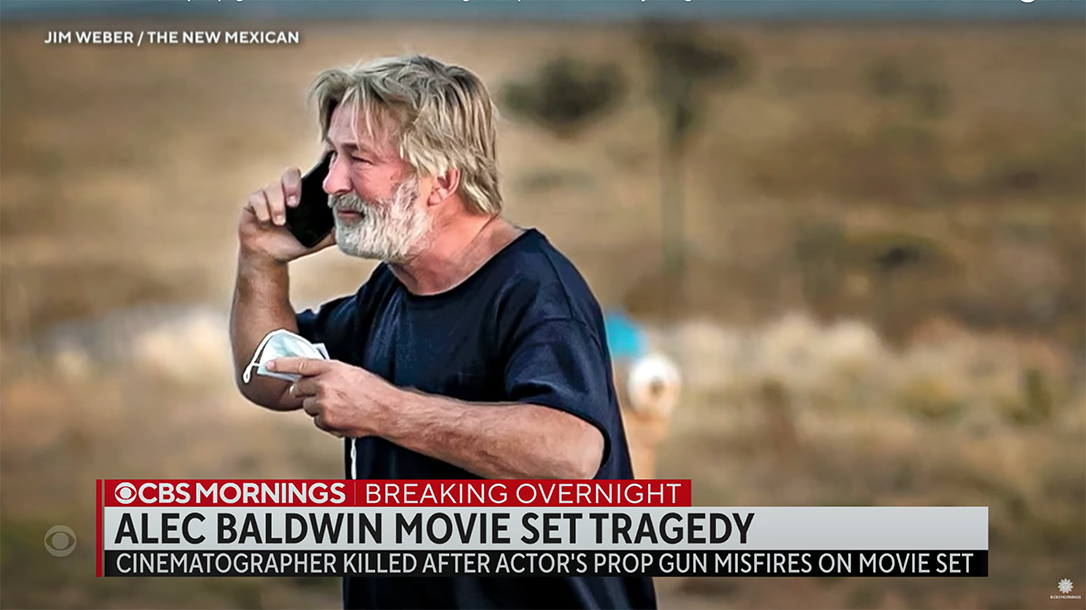 Alec Baldwin hates people like me. He’s built quite the successful career out of mercilessly ridiculing Donald Trump and his conservative acolytes. In September of 2017 he wrote, “I wonder how it must feel to wrongfully kill someone…” in reference to a police shooting in Huntington Beach. Those words sure seem eerie now.

In 2018 Baldwin joined a celebrity coalition titled NoRA for “No Rifle Association.” He wrote that prominent conservative Dana Loesch, “…doesn’t care how many dead bodies she has to step over in that pursuit. The Second Amendment is not a moral credit card that buys you all the guns you want. That law needs to be rethought.” Now Alec Baldwin has actually killed somebody…with a gun.

The specifics will come to light eventually. As a lifelong gun guy I am flabbergasted as to how a live round could have gotten onto a movie set. When Brandon Lee died on the set of the movie The Crow, a squib round had pushed a bullet into the bore of a Smith and Wesson .44 Magnum revolver. When a blank load was subsequently fired the bullet struck Lee with the equivalent velocity of a live shot. As Baldwin’s movie Rust was a 19th-century Western, I presume this was a single-action revolver of some sort. I’m sure it was all just some tragic accident, but that’s not the point.

Most people who speak out so vociferously against guns are actually terrified of firearms. I once had an ongoing debate with a Leftist friend about the 2nd Amendment and its place in modern society. When we seemed to be at an impasse I invited him out to do some shooting. I felt it must be tough to make insightful judgments about things you didn’t really understand. He turned me down cold. He was not getting anywhere close to an actual firearm. And therein lies the problem.

I don’t fear guns at all, but I do respect the heck out of them. Had someone handed me a gun on a crowded movie set the very first thing I would have done would be to crack open the action and verify for myself the state of the weapon. If I had to discharge a blank gun I would have ensured it was oriented in a safe direction and not pointed at the film’s cinematographer. These are all very basic things for gun guys. The problem is that the gulf that separates us from them is really too broad to cross.

I don’t hate Alec Baldwin. Actually, I don’t even dislike him. I suspect if we had to make a long car trip together we could avoid talking politics and get along fairly well. However, I don’t go around telling Alec Baldwin how to live his life. By contrast, he seems completely comfortable trying to tell me how to live mine.

Tolerance is a one-way street in America. Those on the Left will drown themselves in self-adulation over how endlessly tolerant they are. However, announce that you are a pro-life, machine gun-owning, evangelical Christian patriot and see how deep that tolerance actually goes. Ask me how I know this.

In the aftermath of Alec Baldwin’s accident, the producers of the TV show The Rookie announced that they would no longer use live weapons on their sets. They now plan to utilize airsoft guns and portray muzzle flashes via CGI. That’s all fine, but it also touches on some larger issues.

I’ve never actually seen The Rookie. However, I bet a lot of people get shot on that show. What I have actually seen, is real people who have been shot. Trust me, it’s not much like the movies.

People who get shot bleed out and die. On two occasions I’ve had my hands on them as the life passed from their bodies. You tend to remember experiences like that. What is lost in the white noise of the gun debate is the reality of what we are constantly feeding ourselves. Leftists who are unwilling to heft anything more sinister than an airsoft gun are completely comfortable depicting a stylized version of someone being shot to death for dramatic effect.

There is a pervasive rotten sickness in our world, and this recent sordid episode peels back the curtain on that just a bit. Why should I let an actor whose professional life involves fake killing people preach to me about private gun ownership? Hypocrisy is the technical appellation. Alec Baldwin and Amy Schumer simply drip with it.

My heart breaks for the family of Halyna Hutchins. She got shot for real, just like those pitiful folks I met in the emergency room. For people inundated with the fake sort of violence it can be tough to visualize the real kind.

Halyna was born in the Ukraine and raised a navy brat. Her father served in the Soviet military, and she was raised on the arctic naval base at Murmansk. Her husband is named Matthew. They have one son. She was 42 when she died.

Halyna lived the American dream. She emigrated from the Ukraine, went to American film school, and then found success. Her filmography included eight movies. Now she’s gone. Her son will grow up without a mom, because somebody who feared and hated guns got careless with a firearm.

Alec Baldwin has my sincere pity. He’s got to live with this. However, I cannot fail to appreciate the irony that a venomous gun control advocate has shot and killed more people than every law-abiding gun owner I know. I just hope somebody else out there appreciates that irony as well.