Ammo has become both scarce and very expensive over the last year. But how did our current ammo famine start? And, more importantly, when we will again be able to buy all the ammunition and components we want at a reasonable price again? 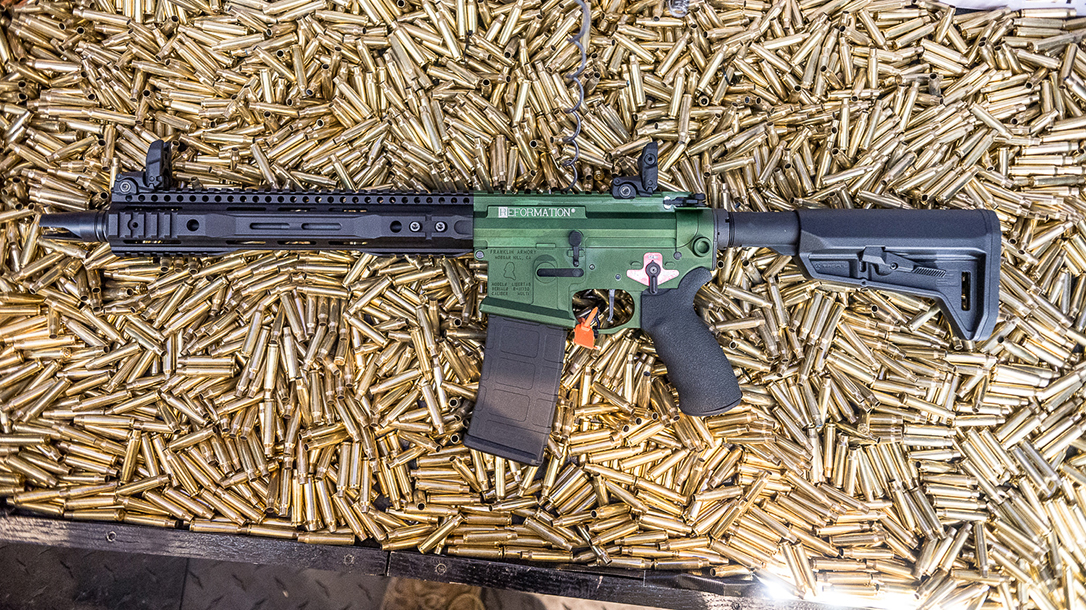 As I write this, 9mm. hardball is going for between 60 cents to 80 cents a round on the web and in some stores; that compares to about 17 cents per round before the current shortage. With respect to rifle and shotgun ammo, I recently saw 20 rounds of .243 Win. hunting ammunition going or $2.42 a round and 10-round boxes of Federal Force X2 buckshot loads were recently selling for $3.95 a round, as opposed to their $2.23 per round. Even small pistol primers are going for 12 cents apiece when you can find them on the web. Of course, these Internet prices don’t include applicable taxes, shipping, and a 4-percent credit card fee. How did things get so far so fast? And, when will it end? Let’s explore this.

This isn’t the first ammo famine we’ve had in the last couple of decades. However, today’s prices are the highest that I can remember. Sales data indicates that firearm and ammo sales began to increase in January 2019 shortly before the primaries that preceded the hotly contested 2020 national election. By May 2020 when the COVID-19 pandemic was in full swing, gun sales were up 80.2 percent over May 2019. And in May 2020, one bulk online ammo dealer reported a 511-percent increase in ammunition transactions over the previous year.

Then, over the summer the news media began reporting on riots in a number of cities across the country. In addition, there were large violent demonstrations against the police, moves to “defund” policing and decisions to slash police budgets in some large cities. Along with this, a few big city prosecutors started seeking minimal penalties against violent offenders and some jurisdictions abolished bail. It’s little wonder that the public began to arm themselves, fearing that the police could no longer offer the level of protection citizens had grown to expect.

The Principles of Economics

The law of supply and demand is not a simple process. A complex set of factors, in addition to politics, caused demand to rise and created the current ammo famine.

The increase in civilian ammunition demand placed the manufacturers in a real bind. A number of them had government contracts to honor. Many of these contracts extend over multiple years at low fixed prices. Some of the manufacturers had to go on the open market and buy back ammo components, occasionally at greatly increased prices, in order to honor their government contracts; that caused them to lose a great deal of money. This, in addition to the increasing costs of raw materials, forced an increase in prices to distributors who passed on the costs to dealers and ultimately the public.

Then Remington went bankrupt again and its Lonoke, Ark., plant went offline. It took several months for legal proceedings to conclude before Vista Outdoor could acquire Remington’s ammo business. In addition, some smaller ammo companies sold out of finished product and had problems getting new components to make more.

So, it wasn’t just simple supply and demand in the civilian market that caused an increase in price, it was an increase in demand caused by social and political strife combined with problems due to limits in manufacturing capacity and a complex set of supply chain problems. In short, it’s a perfect storm.

Predicting the future is a lot more difficult than looking at the situation you’re in with 20-20 hindsight. On the other hand, there are some hopeful signs.

Remington Ammunition is back up and running 24/7 to meet demand. In addition, U.S. ammo manufacturers began focusing their efforts on the more popular calibers. Also, more importers brought in ammo from overseas. So now we’re seeing a better supply of 9mm, .40 S&W, .45 ACP, .223 Rem./5.56X45mm NATO, and a number of other popular calibers. Meanwhile, Europe is now reportedly seeing ammo shortages.

Even with this focus on popular calibers and ammo imported from Europe, finding a box of .38 Spl special +P hollow points, is mostly a matter of luck. When you do find a 50-round box of .38s, it currently costs at least $50. Even 9mm hardball still costs between $35 and $40 per box of 50. This price has been stable lately, but it’s still about four times what it was in early 2020.

Lastly, some ammo manufacturers are selling online direct to customers. This has passed along at least some savings to the buyer by eliminating distributor costs and avoiding sales tax in some states. Overall, things have loosened up a bit, but ammo still costs a lot.

Why are ammunition prices unlikely to come down significantly over the next several months? Firstly, demand is still outstripping supply. Why? Because the same basic problems that created fears of social instability are still in place.  Political divisions are still intense as trillions of dollars worth of unfunded and inflationary nation-changing legislation are coming closer to votes in the U.S. Senate.

Also, the border between the U.S. and Mexico is experiencing unprecedented illegal crossings by immigrants from a variety of countries. According to the Border Patrol, 170,000 people were detained for crossing our southern border illegally last month. The public is aware that some of these migrants have criminal records and a few are reputed to have contacts to terrorist organizations.

In addition, the smuggling of dangerous opioids like fentanyl in addition to meth and other dangerous drugs has increased as have deaths from overdose. Despite recent rioting is some major cities, some state and local governments have made large cuts in police budgets. They’ve also turned the jails into revolving doors by eliminating the requirement to post bail. Furthermore, international tensions are increasing, especially in the Middle East.

Lastly, a recent major ransomware attack on America’s critical infrastructure and the major power grid crash due to an ice storm have raised awareness of deep vulnerabilities in our ability to affect America’s power supply chains just as the hurricane season is about to start. All of this has led a significant portion of the population feeling that they are on their own. They feel as thought they must look to themselves to ensure their security and the safety of their families. Therefore, ammo remains expensive as many citizens are still engaged in panic buying.

It’s unlikely that ammo prices will ever return to pre-famine levels; that hasn’t been the case in previous ammo famines. Inflationary pressures in the economy are now growing, and it would take a serious downturn of the economic cycle, price deflation, and/or a deep economic depression to drive ammunition prices down dramatically.

On the other hand, manufacturers are likely to make up their losses on government contracts by selling at higher prices. They’ll also likely invest in increased production due to the longer-term likelihood of increased profitability. As they do so, they will be competing with foreign manufacturers to take advantage of current and future market conditions. This will increase competition and help drive prices downward over time, but the degree to which prices will drop remains to be seen.

In addition, I’ve already observed a reduction in demand as number regular shooters have reduced the amount they shoot. Instead, they’ve started to handload more and/or switched to primarily shooting .22 ammo to save money.

Lastly, many people will likely reach the point where they have enough ammo to reduce their anxiety enough for them to stop the panic buying and focus their resources on their other needs. Of course, the rate at which competition increases and demand is reduced will be affected by the degree to which the current uncertainties are successfully resolved.

When Will the Ammo Famine End?

Therefore, unless the public’s worst fears are realized, ammo prices will come down. It may require anywhere from a few months to a couple of years for companies to expand production and for demand to drop to Grand View Research’s projection of a 3.6-percent yearly increase in the ammo market. Somewhere in between “a few months” and “a couple of years” seems about right.

Even so, it’s likely that a new normal will be established and that new normal will be closer to the old normal than it is to current prices. So don’t rush out and sell your .38s, .44s, .220 Swifts, and 28 ga. shotguns at bargain basement prices just because you think you’ll never get ammo to shoot them again. You will eventually be able to frequently enjoy the shooting sports without breaking the bank.