1
SHARES
4.4k
VIEWS
Share on FacebookShare on Twitter
The .458 SOCOM round is a unique creature. It’s the product of a desire for a more effective combat round. During the almost three-month run of Operation Gothic Serpent in Mogadishu, Somalia, the special operations community became frustrated with a lack of “stopping power” in their 5.56 rounds. 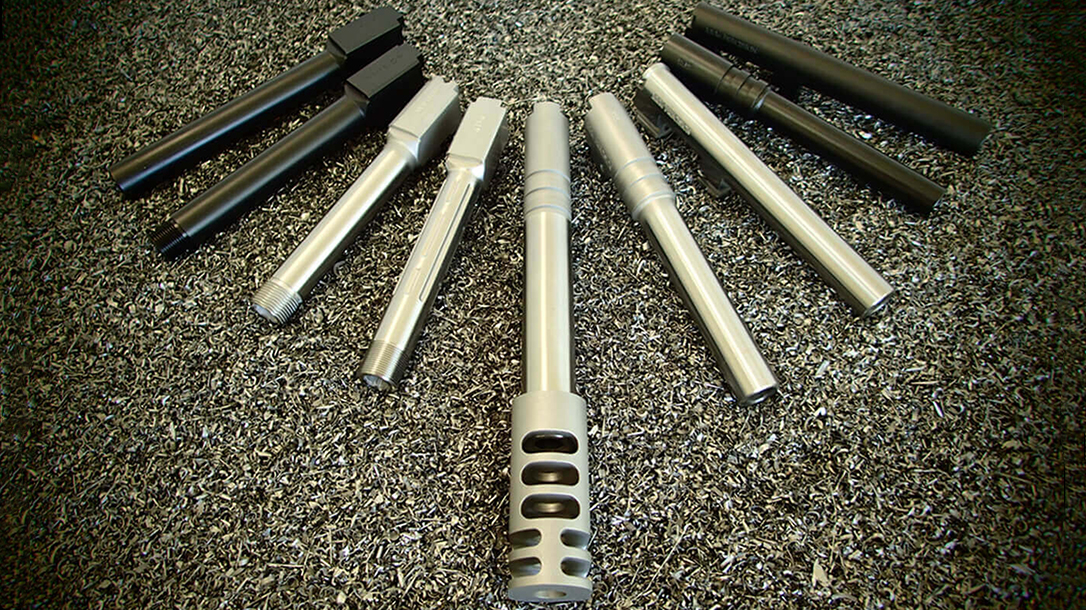 In what would later be called “Black Hawk Down,” Army Rangers and Special Forces members were certain that their rounds were hitting the target, yet the threat continued. Their accuracy was not a question as rounds seemed to simply pass through their targets without causing significant debilitating damage. They had to put several rounds on target before they were effective. This led to a request to develop a new cartridge that could deliver far more energy from short barrels at relatively short distances.

Creation of the 458 SOCOM

Following discussions with a senior member of the U.S. special operations community, general plans on ballistics began. From those brainstorming sessions, the .458 started taking shape. The lead on the new round was Marty Ter Weeme, founder of Teppo Jutsu LLC.

After much debate and discussion, it was suggested that the cartridge case design be a lengthened .50 AE case. This case would work well in magazines and would also be 100 percent compatible with the current M4 platform. That compatibility extended not only in fit, but to every aspect of the gun including buffer, buffer spring and magazine well.

After completion of the initial design, Ter Weeme contacted Tony Rumore of Tromix Corp to build the first prototype. Based on the favorable reviews, commercial production started with Tromix producing the initial rifles. Commonly seen in 250 through 600 grain configurations, the round produces more than 2,496 ft·lbf in an average 350 grain size. This is 1,100 ft·lbf more than a standard 5.56 round. Coming in at more than twice the diameter of the 5.56 round it has the potential to create massive wound channels.

The biggest challenge devotees to this round face is ammunition. It is hard to find and on the expensive side. Having not yet been accepted by SAAMI as a standard round, brass and components are in low quantity. With that said, it’s still a popular round. I recently attended a SWAT training event and the .458 SOCOM came up. The admiration of the round was obvious. I heard it described as a solid anti-personnel round, as well as an anti-Brontosaurus round. While a bit of an exaggeration, the .458 SOCOM is serious business.

Another challenge with the development of any new round is barrel construction and length. As this round has gained a bit of a foot hold, many options have come to life and those interested in this fight stopper have options. In order to help you swim through the choices, let’s look at just what would work best.

Barrel length is, of course, dependent on application. However, this round was designed for relatively short engagement distances, so shorter barrels seem to fit this round well. In many circles this round seems to have been optimized for a barrel as short as 9.5 inches. This may be a bit on the short side for some, but remember that the round was developed for military personnel fighting in urban environments and possibly inside buildings. When you are in tight spaces, maneuverability is essential.

On the longer side, the maximum that you should consider without wasting time is 16 inches. While it’s true that longer barrels add velocity and thus, distance, barrels beyond 16 inches provide no added benefit in terms of velocity with this round. Of course, when we start talking about sub-16-inch barrels we start getting into NFA territory, unless you’re running it as a pistol. Long story short on that it to always makes sure you don’t put yourself in legal jeopardy and understand the laws around your builds.

It should go without saying, but construction wise it’s always good to stick with high-quality products. The .458 SOCOM round has quite a bit of power and bargain basement barrels are simply a waste of money.

My suggestion is to stay with 416R gun barrel steel or 4150 GBQ mil-spec, bar-stock steel as long as it has been stress relived. The twist rate that seems to be most effective for this beefy round is a 1:14 twist. Beyond those factors are the looks and finish.

Wilson Combat further optimizes its .458 SOCOM rifles by adding an adjustable gas block, extra power action spring and straight gas tube as a standard reliability upgrade. Having the ability to easily adjust your gas volume allows the end user to fine tune the carbine’s bolt velocity for a specific load’s power. Being able to buy this as a single conversion kit makes life simple.

The .458 SOCOM cartridge offers the practical ballistics of the legendary .45-70 in a modern AR platform rifle. It’s capable of firing 250 to 600 grain .458 caliber bullets in a lightweight, controllable package. The round possesses devastating power. When paired with the right barrel it can be one of the best rifles you own.