by Robert Jordan
in Ammo, Gear
0

2
SHARES
10.2k
VIEWS
Share on FacebookShare on Twitter
My editor recently relayed a question from a reader to me. Essentially, the question was, “What caliber is best for an AR pistol or short barreled rifle with say, a 10.5- to 12.5-inch barrel: 7.62x39mm, .300 Blackout, or .308?” That’s actually an important and well-thought out question. So let’s dive into the 300 Blackout vs 308 vs 7.62×39 debate as it relates to shorter barrels. 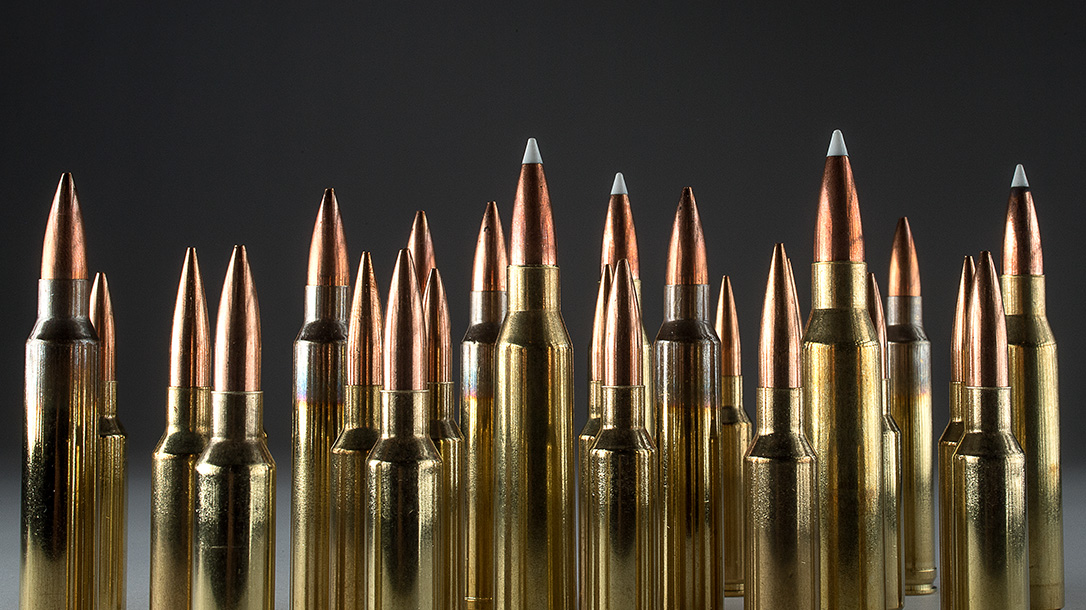 First, they inquired about well-known and widely manufactured calibers. The Whatoozy 7000 may be the perfect caliber according to you, but if no one makes a wide variety of ammo for it, it’s useless for all but one or two purposes.

Next, how do we judge calibers? Velocity, accuracy, ballistic energy, or lethality? Short answer: Lethality. Short barrels are for deploying and maneuvering quickly. The other three criterion are important, but lethality trumps everything else. Side note: Ballistic energy—or foot pounds of energy—is NOT the same thing as lethality. Arrows are very lethal, yet have very low ballistic energy. I don’t have the ballistic gelatin or the testing facility of the FBI’s Ballistic Research and Development Lab, but I can make some pretty intuitive deductions based on the data available.

First, you need at least 2,500 fps to guarantee that the initial wound cavity causes permanent damage to the organs near the entry wound. Otherwise, even though the initial wound cavity may look cool in ballistic gelatin, it is not enough to cause any real damage. Our organs are amazingly elastic and resilient. Some experts say you need 3,000 fps because the bullet rapidly slows down after it leaves the muzzle and it needs to be at 2,500 or greater when it hits the body. They have a point.

The FBI and a lot of other experts are the ones that figured out about 2,500 fps. Interestingly, way back during the Army “Pig Board” in the late 1920s, they came to the same conclusion. They just didn’t understand all of the “why.” They saw that a smaller, faster round did far more damage to pigs—both living and dead—than a bigger, slower round. These tests eventually would lead to the military dropping the .30 caliber rifles in favor of the M16 decades later.

OK, back to the original question and picking a caliber. Firstly, let’s start with 7.62x39mm—the round of the venerable AK-47. Is it lethal? I just heard more than one million groans from the grave tell me it is, but only due to abundance. Go buy some 7.62 ammo. Do you want full metal jacket or hollow-point? Next you can pick what country it was made in. That’s it. There are a few soft-point, hunting rounds, but no one is touting this round for being the best to kill deer, moose, or elk; there is a reason for that.

Next comes .300 Blackout. A .30 caliber bullet coming from an AR-15 (not AR-10) platform and able to come out in regular or subsonic (for suppressed weapons) velocities? Sounds awesome! Here is a round that can be had in lots of different configurations. There are different bullet sizes, designs, and velocities. Everything sounds great until you start talking to the experts who actually test these rounds. And .300 Blackout in subsonic is crap dot poop. It has the same lethality of a pistol round. You can shoot a sub-gun in 9mm or .45 ACP and be just as effective. Rounds have to go in excess of 2,500 fps for the initial wound cavity to cause damage to periphery organs. Otherwise they just absorb the shock and keep on functioning. Subsonic rounds all suck … equally. I grew up beating the drum for .45, so this hurts me as much as anyone.

While .300 Blackout in supersonic fares far better, it still doesn’t get us up to the magical 2,500 fps unless you INCREASE the barrel length to about 20 inches or more. And remember, the bullet needs to be going at least 2,500 fps when it hits the target, not when it exits the muzzle. Not surprisingly, most hunters who use the .300 Blackout extensively will tell you the same thing, without even knowing about the 2,500 fps rule: The round just doesn’t deliver when it comes to killing. It pokes holes, but it doesn’t drop them the way other calibers do.

I know what you are thinking. Let’s just go with the highest velocity round they make; that will be the best. Well, it’s a good thought, but it isn’t that simple. The 5.7mm is an amazing pistol round. It can be made to beat the 2,500 fps in a pistol length barrel, but the rounds available have been ice picks. Without any expansion, they don’t give us that nice initial wound cavity either.

But it’s an exciting time to be alive. I saw Speer Gold Dot this year announced it is releasing rifle rounds (.223, .308, and .300 Blackout; see below) that function like pistol rounds. They open up and peel back like all of those beautiful bullets that pass the FBI pistol tests (typically Speer Gold Dot, Federal Hydra-Shok, and Hornady Critical Duty). They may not cause as much periphery damage as a round going more than 2,500 fps, but they may prove better than the match ammo and hunting rounds we have been using in the past. Jury is still out on that one.

Finally, let’s find an answer to the original question. You want a 10.5- to 12.5-inch barreled AR in the most lethal caliber. I’ve been told over and over by my agency that I should stick to a 16-inch barrel because it works better. They are wrong.

Anyone who has cleared a meth head’s single wide stacked with shit to the ceiling will tell you that a 16-inch barrel is too long. Anyone who has tried to yank out a carbine from their passenger seat during a takedown at Home Depot parking lot will tell you a 16-inch barrel is too long. I agree with you—10.5 inches to 12.5 inches is the ideal length.

So what do I recommend? The 5.56mm in a 12.5-inch barrel. Curve ball! And oh how it pains me to say it. But that is actually what I am carrying on duty these days. I know, 5.56mm is a mouse round! It has half of the ballistic energy of the .308 in the same length barrel. But it also performs better for maximizing damage over the ones we talked about above. M855 (Green Tip 55gr) ammo is still singing out there at more than 2,500 fps from an 11-inch barrel. And no, I don’t recommend Green Tip for self defense; it acts too much like an ice pick. Heavier, 69gr rounds tend to drop below 2,500 fps in barrels between 12 and 13 inches. But there are lots of lighter, fast 5.56mm rounds that are soft or plastic-tipped and they cook.

My second choice would be .308. Third would be .300 Blackout. Meanwhile, 7.62×39 would come in last, just because of the lack bullet varieties. Behind these would be a pistol caliber. I’m not wholly dismissing pistol calibers—they are loads of fun and you can do super fast follow-up shots—but look at the ER statistics. According to ERs, only about 10 percent of handgun victims die. That number jumps up rapidly when it comes to people shot by rifle rounds. I don’t have the exact stat in front of me, but I think it was nearing 40 percent.

You’re probably wondering what I keep at home for self defense? A 12 gauge with 1-ounce slugs. But that is a whole different topic.