The saying goes that 5.56 is the “screw you” round. The 7.62 is the “screw you way over there” round. Lastly, the .50 BMG is the “screw you and that armored vehicle you are driving” round. While tongue-in-cheek, it has an essence of truth to it. That is why I have always been drawn to .50 BMG rifles. They are the ultimate man portable boom stick and capable of decimating a helicopter, let alone an armed assailant, which brings me to the GM6 Lynx bullpup rifle. 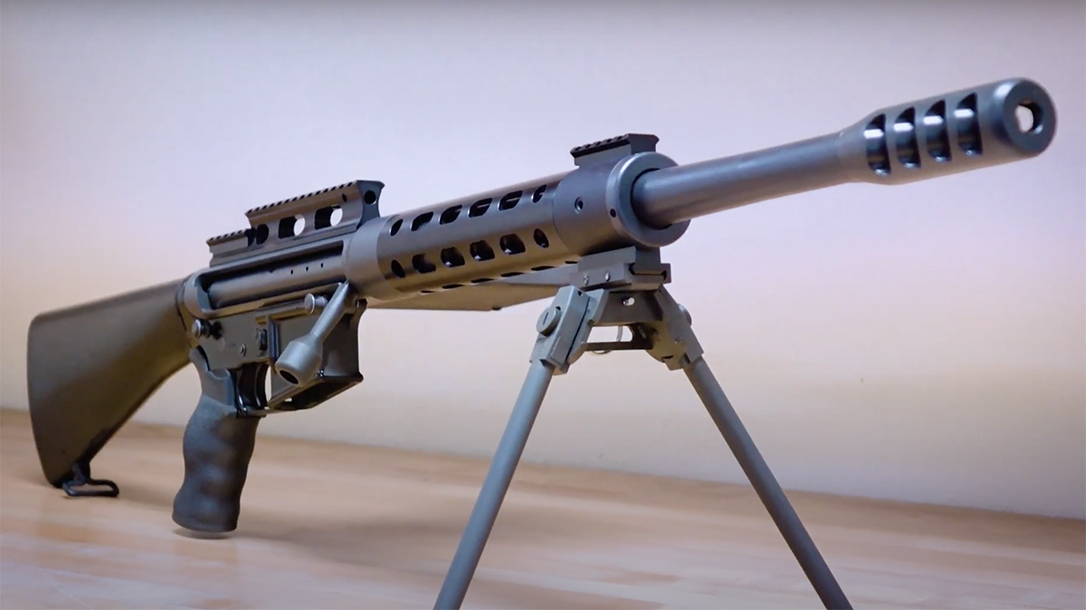 The air around the semi-auto 50 world is thin, to say the least, which is why I was so interested in a new rifle from a manufacturer in Hungary called SERO Internationl. I came across the GM6 Lynx several years ago at SHOT Show and the rifle is now being imported into the U.S. by Hurricane Butterfly Importers. Sero contacted me and asked if I would like to get one in for testing. You have got to be kidding me. Hell yes was my response and here we are.

The GM6 Lynx is a unique semi-automatic anti-material rifle. Most notable is its reciprocating barrel and bullpup design. SERO designed the rifle to be compact, lightweight, accurate, low-recoil, portable and easily deployable for immediate use. Most rifles chambered in .50 BMG are heavy, long, bulky. They also usually feature big recoil and a slowly operated bolt action. Many are not even magazine fed.

However, the bullpup design of the GM6 Lynx keeps the overall size of the rifle under the obnoxious length mark. It also makes off-hand shooting a real possibility. The gun is not feather light, but in a pinch, you can certainly bring it up to a shoulder to run a magazine.

The unique barrel design makes the rifle’s recoil less than the other rifles in the same category. This design also knocks the transportable length down to just 36.5 inches.

To accomplish this, shooters can push the barrel back and into the action. Once it reaches its full compression, the locking latch engages on a collar behind the muzzle bark. To release it, simply press on the spring-loaded button on the latch and the barrel will pop out. This also runs the bolt, which can in turn actual chamber a round. It weighs just 25 pounds—”just,” relative to other entries in the same field—with a slight rear bias weight distribution.

Overall, it’s a well-made gun and it comes with a match-grade barrel. SERO makes the claim that the gun is capable of sub-MOA accuracy with match-grade ammunition.

The fit and finish of the gun are solid, as I would expect. SERO only makes a small number of these guns each year and it obviously pay sattention to its work. Coming in at 25 pounds empty, it’s not something you want to be humping around in the back country. However, on the range it is a star.

In all honesty I wasn’t sure what to expect when I was preparing to break off my first round with the GM6 Lynx. The bullpup design puts quite a bit of excitement right under your cheek as you fire the gun. So I was hoping it would not be a brutal, face-pounding range day. I was pleasantly surprised to find the gun exceptionally easy to run. Yes, it is still a 50 and kicks quite firmly. However, it wasn’t punishing.

The gun uses a long recoil action with no gas ports, tubes or pistons. It simply relies on the inertia and power of the .50 BMG round to cycle the action. It did just that and it did it well. The gun also has a very unique delayed two-phase pulse consisting of the initial round firing then the bolt running to the rear and cycling.

The trigger is a general bullpup trigger, which has always been less than stellar. However, for the job the rifle is tasked with, it works fine. Performance-wise, the gun ran without any issues at all. Accuracy-wise, we were limited on ammo simply because of the current ammo shortage that plagues the industry. Yes, even .50 BMG ammo is part of the shortage.

I ran a magazine of Hornady 750 gr A-Max and was able to get a six-inch group at 300 yards; that translates to a two MOA group. To some, that’s not impressive. But in reality, it’s exceptional considering that most 50s aren’t truly considered sniper rifles. Most rifles in this realm are lucky to shoot a group twice that size. We ran a good amount of Federal American Eagle 660gr XM33C as well, which was noticeably softer shooting. Both rounds ran great all day.

So, what is the actual application of this rifle? Well, in military circles it would be an exceptional anti-material and vehicle weapon. Feeding it something like armor-piercing incendiary (API) or high-explosive incendiary armor-piercing (HEIAP) would make this an incredible fight stopper. In civilian circles, the gun is an accurate, enjoyable to shoot addition to your “collection” rifles. Just as many people grabbed up the M82A1 or the P50, this rifle will also fill that space.

With a suggested retail price of $14,750, it’s unlikely to be an impulse purchase, but I guarantee they will sell. If you get a chance to run one, I encourage you to take it. It will be a memorable and enjoyable experience! 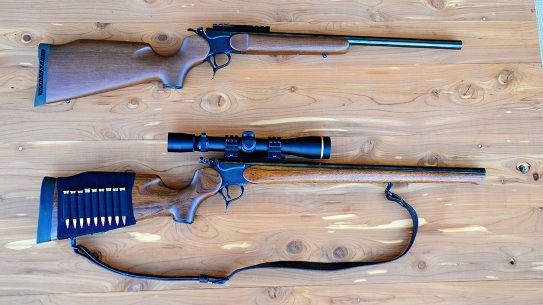 Building a deer rifle specific to the geography in which you hunt can yield...