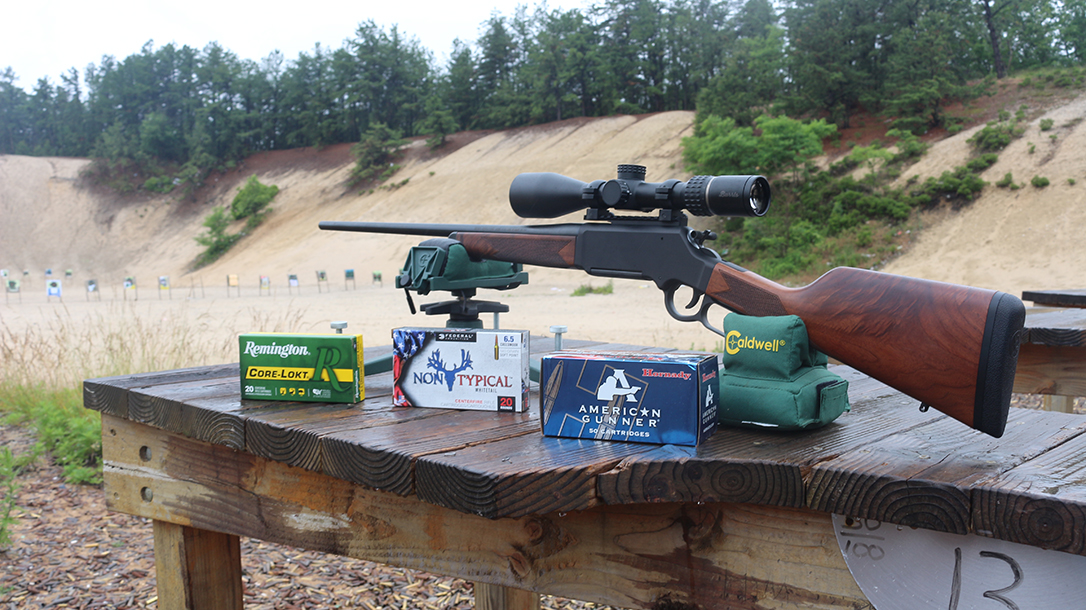 Though the AR-15 has cemented its place as America’s rifle, the lever action has retained a loyal following. Proponents tout its simplicity and ability to feed reliably even when the time between cleanings has been too long to remember. What does this have to do with the Henry Long Ranger? We’ll get there. 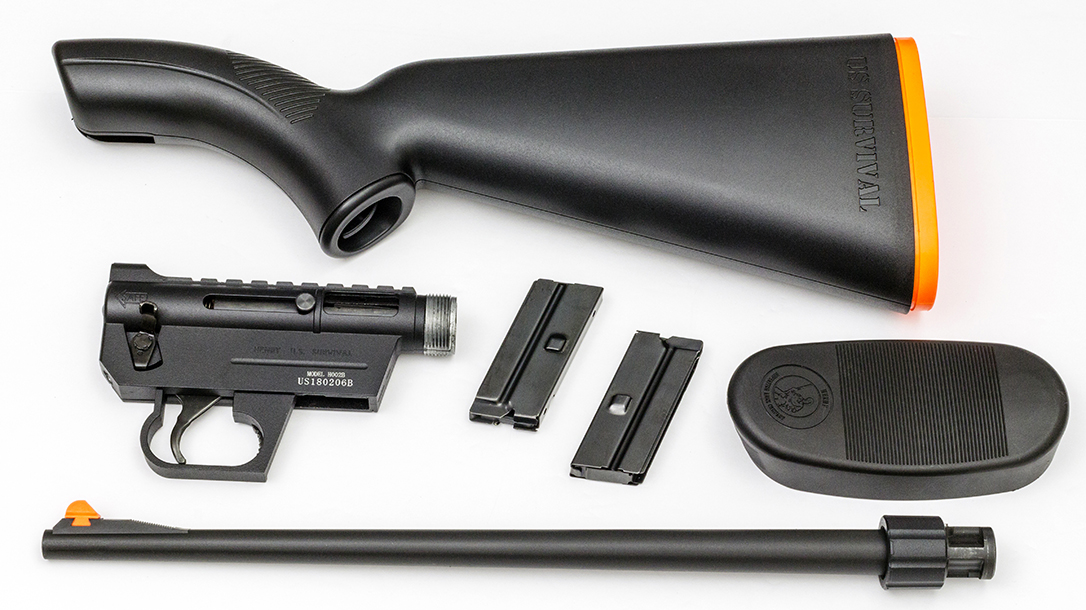 While semi-autos might be able to dump rounds faster, with a little practice you can work a lever with some impressive speed—faster than most any bolt gun. Unlike a semi-auto, however, you never need to worry if your ammo produces enough pressure to cycle the next round. And the receiver lockup with a lever gun is usually about as secure as a factory bolt gun’s; this gives them an upper hand when it comes to accuracy potential.

But lever guns historically had one inherent design flaw: The tubular magazine. Because of the magazine tubes found on lever-action rifles, bullet selection was limited to flat-nosed projectiles. The rounds are stacked tip to primer, which would cause an explosive chain reaction if a pointed projectile were to dimple the primer of the round in front of it under the duress of recoil. So, for years, lever guns relied on heavy, flat-nosed projectiles to get the job done.

In the Old West, where lever actions served as the original pistol-caliber carbines, this was actually an asset. Having your long arm share the same ammunition as your wheelgun meant that you only needed to keep one type of ammo on hand. Resupply runs were much simpler, especially if the nearest town was a distant outpost that received a limited number of shipments each year.

The flat meplats found on typical lever rounds limit their ballistic qualities; long-distance properties typically suffer because of that and the straight-walled cartridges they occupy. If your shooting distances are limited to 100 yards or less, as they would be for many whitetail hunts, this is of little concern. But if you hunt the open expanses of our great land, anything under 500 yards is sometimes considered a chip shot. The pointed bullets and higher pressures of bottleneck cartridges have many advantages when pushing the distance envelope.

To get around this glaring limitation, the engineers at Henry Repeating Arms built the Long Ranger series with a detachable box magazine. Now the sky is the limit when it comes to bullet choice. You can choose anything from polymer-tipped rounds designed for rapid expansion to bonded rounds for larger game to custom competition ammo designed with 1,000-yard performance in mind.

I’ve always likened Henry rifles to the finest Swiss chronographs. Not only are they easy on the eyes, but they just work well. Like all its rifles, Henry built the Long Ranger in America with American steel and walnut. One glance tells you that Henry built it with pride. The finely figured stock features checkering that is deep for proper traction without being too abrasive. Another characteristic of Henrys is that they are just flat-out fun to shoot. The Long Ranger is no different, with all the smooth-handling properties inherent in the lever-action design.

When Henry first introduced the Long Ranger series, it released models in the time-proven calibers of .223 Remington, .243 Winchester, and .308 Winchester; this gave shooters options for everything from varmints to elk. The addition of the 6.5 Creedmoor gives enthusiasts a serious long-distance lever gun; and it’s capable of doing everything from ringing distant steel to ethically harvesting medium-sized game.

In 1872, developers from what would become the National Rifle Association purchased a family farm on Long Island with the intent of turning it into America’s Wimbledon. While mention of that name now is sure to bring visions of tennis matches, the English venue originally held shooting contests, with the winner of the signature 1,000-yard event taking home the Wimbledon Cup, a handcrafted tankard comprised of the finest silver. The trophy would quickly gain world renown and attract competitors from across the globe. At one point, even our own Annie Oakley would compete and win there.

Shortly after its purchase, ground was broken on the Creed family farm with intent of building a world-class range to rival the one in the United Kingdom. By most contemporary descriptions, the farm already looked like an English “moor,” or a “tract of land preserved for shooting.” As a result, the range was named Creedmoor when it opened on April 25, 1873. The NRA would hold its annual matches there in the following decades and attract international competitors. After a match at Wimbledon in which the American team won in 1875, the coveted Wimbledon Cup was housed at Creedmoor, fulfilling the range’s destiny.

The site of the Creedmoor range lies in what is now Queens Village, part of New York City’s five boroughs. As you can guess, there is no range in that spot now, and shooting is strongly discouraged. So, to put the Long Ranger through its paces near the 6.5 Creedmoor’s eponym, I traveled some 60 miles east. I went to the last vestiges of farmland and rural countryside left on Long Island.

Being in such a congested area, I was only able to test the Henry out to 200 yards. If the results of my limited testing are any indication, this amounts to only 20 percent of what this rifle is capable of. I had qualms even uncasing the rifle that day, as I couldn’t find a break in the rain that has dominated the East Coast this year. There would be no breaks in the clouds that day. I subjected a rifle that is as pretty as any I have had the privilege of using to nearly 2 inches of rain over the course of a few hours.

The trigger was smooth and crisp with every pull. Meanwhile, the report and recoil surprised me each time—just like the trigger on a serious long-distance rifle should. The gun lacks any superfluous safeties, relying on a transfer bar to keep the gun drop safe without adding any unnecessary steps to getting a round off or to interfere with trigger feel. In my testing, it took 7 to 7.3 pounds of pressure to break the trigger.

I had wondered if the lever throw on a longer cartridge like the 6.5 Creedmoor would be unwieldy. But my fears were unfounded; the action was just as smooth as it was on every other Henry I have had the privilege of using. To withstand the higher pressures of bottleneck rounds, the Long Ranger utilizes a rotating bolt similar to the one found on today’s modern sporting rifles. Despite the longer-than-normal stroke, I didn’t experience any failures to feed with any of the ammo I used. The magazine was easy to load, and inserting and removing it from the rifle was accomplished with equal ease.

You can stuff four rounds into the box and one in the chamber; this makes it legal for hunting in every jurisdiction of which I’m aware. Keeping hunting and tactical uses in mind, I wanted to try a few different 6.5 Creedmoor flavors in the Henry. I didn’t bother with any match offerings, as 200 yards isn’t a sufficient test of this rifle’s accuracy.

For those looking to ring steel or keep their “back 40” clear of unwanted critters, I opted for Hornady 140-grain American Gunner soft points (SPs). For those who like to pursue deer, I went with Federal’s 140-grain Non Typical Whitetail SPs. And for those looking to chase larger game, I chose 140-grain Remington Core-Lokt rounds.

To keep things steady for groups, I utilized my favored Caldwell Rock shooting rest. The best group at 100 yards came with the Federal rounds at 1.92 inches. The Long Ranger digested everything with ease, with the largest group only measured 2.24 inches. My groups opened up a bit at 200 yards, but that’s to be expected. The rain was also seriously hampering visibility at that distance. I’m confident the gun would print better under more ideal circumstances. I also fully expect it to shoot “minute-of-antelope” out past 500 yards in the hands of an experienced shooter.

The real fun began once I had shot all the groups I needed and began taking off-hand shots. Even with the longer 22-inch barrel, the gun handled just like you would expect from a lever gun. Though the rifle would excel as an antelope gun with the extended reach of the 6.5 Creedmoor, the fast-handling characteristics make it just as at home in the whitetail woods.

As a former wildlife manager, I’m no stranger to spending extended periods of time gazing through optics. After years of performing wildlife surveys, conducting avian activity budgets and looking for nuisance critters through a set of crosshairs, it takes a lot for a piece of glass to impress me. But Burris did just that with the Veracity.

Most of my lever guns are chambered for slower straight-walled cartridges. As such, the ones that wear glass use lower-power optics, usually in the neighborhood of 2-7X, with an odd-man-out fitted with the ubiquitous 3-9x40mm deer scope. So it felt a bit odd installing the 3-15x50mm Veracity on the Long Ranger, but the 6.5 Creedmoor’s 2,700-fps velocity figures warranted the increased magnification.

Sideways rain doesn’t make for an especially pleasant day at the range; though every day at the range is a good one. However, it does serve as a good test for a riflescope. The diminished light provided a good approximation of the crepuscular periods of dawn and dusk, and the moisture-riding winds would have surely found their way in had there been any vulnerability in the scope tube or lens assemblies.

The view was bright, crisp and clear throughout the entire magnification range. As a deer gun, I’d likely set the scope at 4X and leave it. But having the option to crank to it up to 15X means that every woodchuck is in serious danger in the offseason. Those out West would find this to be the perfect combo for a truck or scabbard gun, with 3X dealing with close-up or moving targets handily, but also having enough magnification in reserve to reach out to that coyote some distance away.

If you want to take distance to a new frontier with a gun similar to those that won the West, look no further than the Henry Long Ranger chambered in the impressive 6.5 Creedmoor. I know I loved it. For more information, please visit Henryusa.com or BurrisOptics.com. 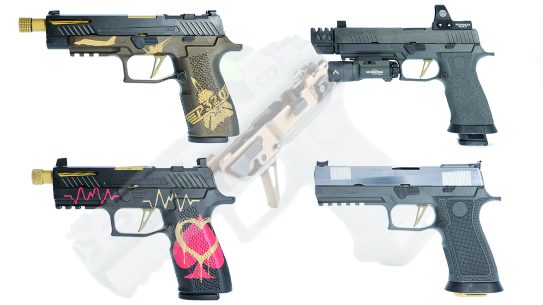