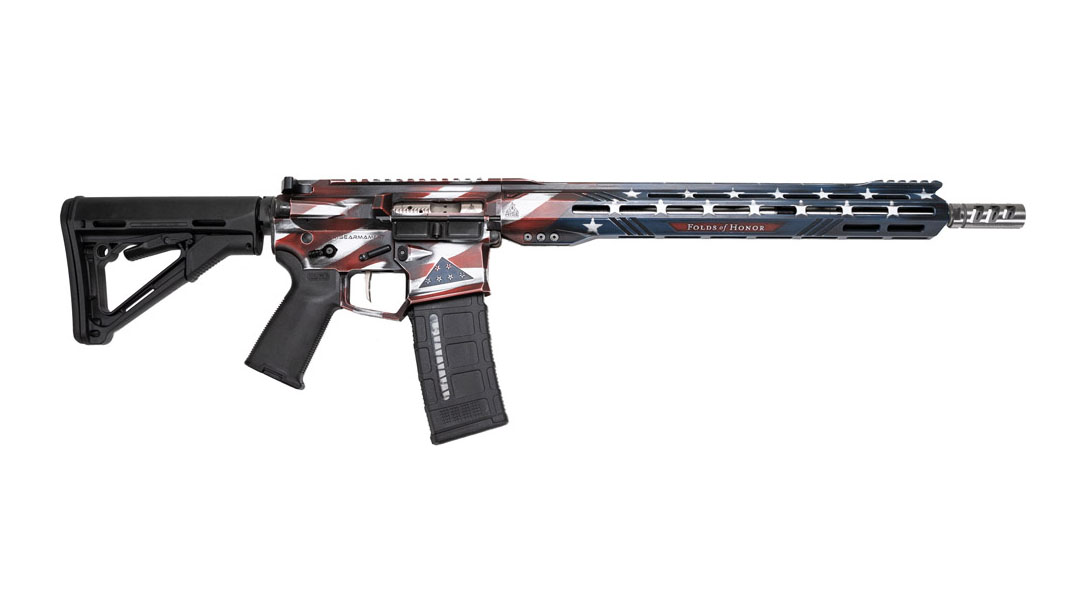 ‘Tis the season to feel patriotic. With the Fourth of July upon us, it’s a good time to highlight some patriotism as far as firearms go, and the RISE Armament Legacy Rifle jumps to the top of the list. 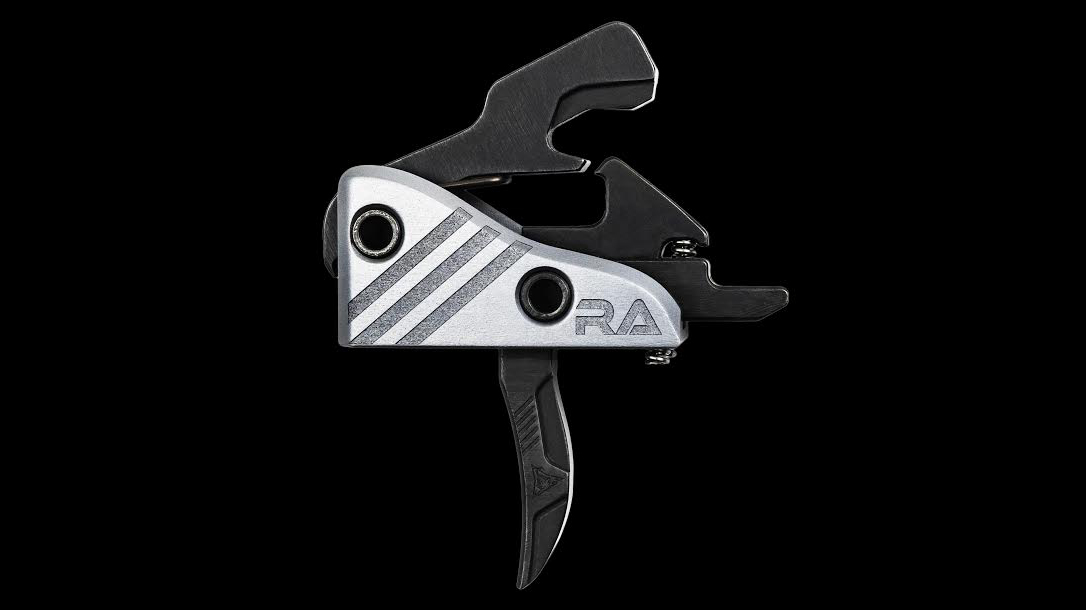 Before we get to the build itself, we should call out why this rifle stands out from the rest of the patriotic pack: Folds of Honor. A portion of each rifle purchase goes to Folds of Honor. In case you’re unfamiliar, the organization provides educational scholarships to children and spouses of those killed or disabled in combat. It’s a cause that should get everyone’s support. But let’s get to the rifle itself.

The first thing that obviously stands out with the Legacy Rifle is the Cerakote pattern. There are several American flag-themed ARs on the market, but the color scheme on this one is the cleanest; it’s slightly faded, but still sleek.

RISE chambered the rifle in .223 Wylde. It features a boatload of RISE features. Let’s start with the barrel. RISE included its 416R stainless steel CB-160 barrel. The 16-inch barrel is popular among competitive shooters with its light weight leading the way. Then there’s the RISE Armament RA-902 Stinger Slimline handguard. It measures 15 inches and features M-LOK slots for attachments. It also has a short Picatinny rail system. Also included is the RISE Armament RA-701 Compensator. It reduces recoil by 67 percent, according to the company.

That’s all great — and it really is — but RISE is known for its triggers. RISE won Ballistic’s “Best AR Trigger” for 2019, so that should say enough. For the Legacy Rifle, RISE [appropriately] included its Patriot Trigger. It fits the build with its red, white, and blue American flag theme. It also features a crisp, 3.5-pound pull and a straight trigger blade.

Beyond that, the rifle also has some Magpul hardware, specifically the CTR Carbine Stock. For more information, please visit RISEArmament.com. 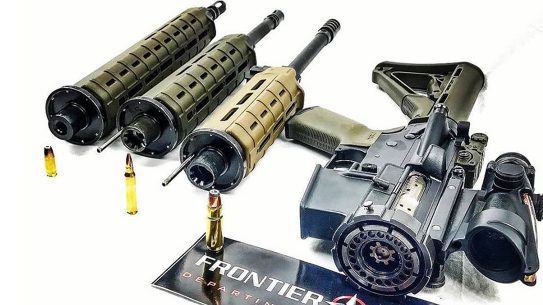