I could start this by bragging about how I got to shoot the full-auto B&T APC10 Pro, but I’ll refrain for now. Before we get there, let’s look at how far B&T USA has come in the past six years. It’s gone from many people never having heard of it to securing a $2.5 million contract to supply the U.S. Army’s new sub compact weapon (SCW). If you don’t know this, you should—it’s a big deal. 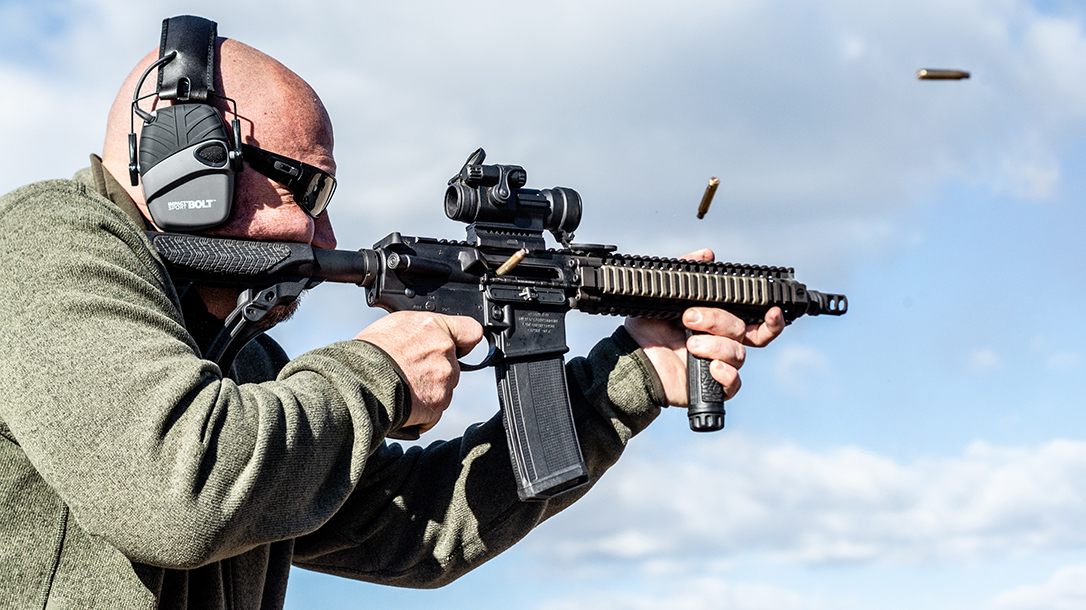 WATCH: A Full-Auto Daniel Defense MK18 Is as Amazing as You’d Expect

What’s not a big deal is B&T’s awesomeness. I say this because for many years B&T has been a major player in the European arms market, providing military weapons to the Swiss and Germans, as well as others. B&T also make suppressors for just about every European arms manufacturer. It’s made high quality goods for many years and even a short run of MP5s.

The Army chose B&T’s APC9K. It’s a smaller version of the APC9 that B&T launched a few years ago, with a few changes, such as a reciprocating charging handle, and a M4-compatible/ interchangeable grip instead of the one piece grip on the original APC9. The internals stay the same including the hydraulic buffer that helps tame the recoil.

The APC is also available in .45 ACP as the APC45. It served as B&T’s compact sledgehammer up until now. The B&T APC10 Pro recently released and it has the updated features that are on the APC9K, except with a longer barrel and the 10mm chambering. The 10mm could very well be a monster in such a small weapon. However, with the hydraulic buffer it’s actually quite tame in the APC10 Pro. I was able to sample the full-auto version, which was not only accurate but pretty easily controllable with the giggle-switch activated.

As of right now the APC10 Pro utilizes Glock magazines, but as I understand it, B&T is working on its own 10mm magazine. Full-auto likely isn’t doable for most, but there is a semi-auto pistol version. If you’re a 10mm lover, then the APC10 Pro will be a must have for you. MSRP is $2,650. For more information, keep your eyes peeled on BT-ag.ch. 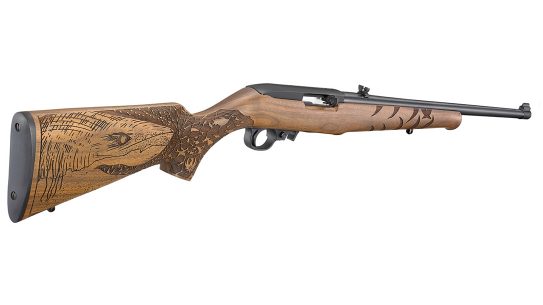 In an exclusive with TALO, the Ruger 10/22 Great White takes the popular rifle...